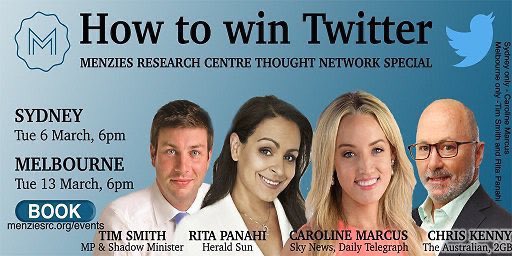 In a dark day for EZFKA, former Attorney General Christian Porter has resigned from Scott Morrison’s ministry after revealing he had accepted an anonymous donation to help cover his personal legal fees. Mr Porter’s future in federal parliament had been in doubt following revelations that a “blind trust” had paid for his discontinued defamation case against the ABC.

Porter was unrepentant, blaming social media and lamenting that, “It might not have come to this if only I’d attended that “How to Win at Twitter” talk.” In an ironic twist, one of the headline speakers at that seminar, Victorian Liberal MP Tim Smith who has no legal qualifications was promoted to the state Shadow Attorney General position following a recent leadership reshuffle. In his trademark combative style, Smith proudly noted that, “I won my role from fucking up Dan Andrews. Maybe Porter should have done something similar instead of fucking up dead 16-year-olds.”

It was not all bad news for Porter who was allowed to keep the money, estimated to be in excess of a million dollars, on compassionate grounds. “Even though he’ll still earn a wage on the backbench, the difference will make up for lost opportunities so this is obviously a fair outcome,” a spokesperson for Porter said.

Scott Morrison was keen to brush things over before his upcoming holiday to the USA. “Just like Barnaby (Joyce) and Bridget (McKenzie), we felt Christian needed some time on the backbench to think about what he’s done,” announced Morrison who was also quick to reassure the public that high standards around corruption would still be maintained. “After we win the next election, if he’s re-elected Christian will definitely be back in cabinet. If he’s not, we’ve already lined up an overseas ambassadorship for him. It’s the EZFKA way, and if the plebs haven’t forgotten by then we’ll probably have done something even more outrageous to distract them.”

When asked about former Labor member Sam Dastyari, who was forced to resign from parliament over accepting a 40,000 dollar donation, Morrison stated that after adjusting for inflation the numbers involved were much more than what Porter had been given so it wasn’t a fair comparison.

With news of the outcome, Parliament house was reportedly abuzz with activity as government backbenchers scrambled to get deals done for their own blind trusts. Insiders revealed that one MP who wasn’t worried about missing out was Gladys Liu, who had apparently already secured a few million from anonymous Chinese government sources prior to the last election.

“Do you really want @TrueCrimeWeekly
to also expose the wealthy & powerful Liberal Party insiders involved in the blind trust? Okay.”

Looks like the anti-terror police had better visit that bloke… 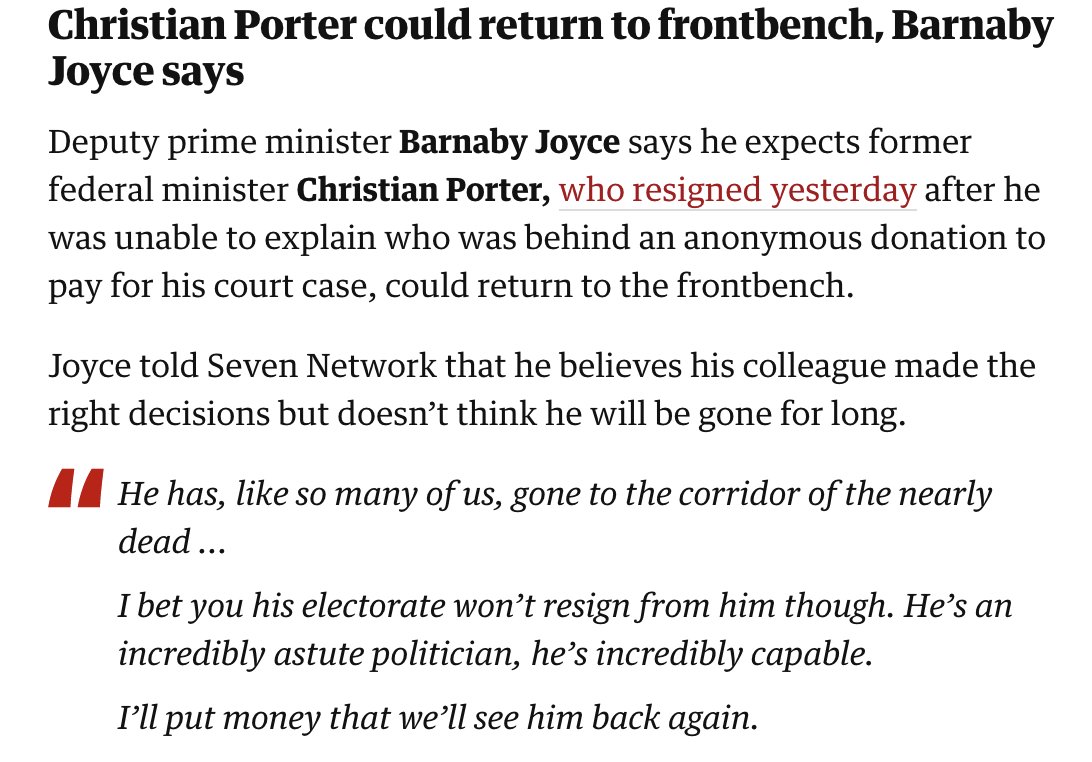 I wonder what gave barnyard that idea?

“If he’s not, we’ve already lined up an overseas ambassadorship for him. It’s the EZFKA way, and if the plebs haven’t forgotten by then we’ll probably have done something even more outrageous to distract them.”

Captures everything EZFKA leadership is about!

tradeiocracy in action right now in melbourne, not one cop has tried to break up the union protests going on rn, compare and contrast to saturday

which dickhead brought their dog?

Unless the owner just happened to be walking past, the answer to the second question is obvious to me
A dog especially one that looks like that is essentially a weapon, or at the very least a threat of violence

I agree with coming. Either the dog was brought to intimidate (in which case that was stupid & well deserved) or the guy wa just passing by (in which case he was stupid to stop for a chat rather than keep walking).

in either case, That was clearly self defence – dog only copped a foot-poke after it turned & faced the dude in a way that could have preceded a bite

in either case, That was clearly self defence – dog only copped a foot-poke after it turned & faced the dude in a way that could have preceded a bite

everyone there was agitating

You are guilty of delivering bullshit with 100% confidence.

You do not get to hit someone because they are “not walking away”.
And besides that quite literally the first 2 or 3 seconds of the video are guy and dog backing away from guy chasing them then kicking the dog.
I really think you should stick to commenting on something you actually understand.
That guy has assaulted 2 people and a dog in a few seconds with no justification. Even if someone is yelling at you you don’t get to punch them in the face,

fuck you’re a dickhead, why was he there with his fighting dog

the dog that runs away from the guy? Real scary. Definitely a fighting dog.
Fuck you say some stupid stuff.

the dog that runs away from the guy? Real scary. Definitely a fighting dog.

it’s a big strong dog that turned to face him, and it very close by. Less than a second to react & if you choose wrong, you risk ending up in a bad way.

after coping the toepoke, the dog’s behaviour and body language was way different – he was sulking & hiding behind the owner; not a threat. If the dog had been like that all along, I’d agree that it’d have been cuntery to hurt it.

Since you seem a little ignorant, maybe you should look at some of these videos https://www.youtube.com/results?search_query=aggressive+dog so you can tell the difference between a docile and aggressive dog,,,

Good on the tradies… they are well behaved and stopped short of fucking up the limp-ass union office.

yep, we need to back these people regardless of how we might feel about them or their beliefs personally

its amazing seeing even users on blogs like this feasting on the people who are out on the streets fighting this in person, as opposed to just complaining on the internet

Just heard the riot police did get involved, and there were cheers when Setka talked about closing down construction sites. All a bit too weird coming from supposed unionists who were also reportedly fighting amongst themselves.

I wonder if ASIO and ATO are going to use their information gathering powers to look into this.

This is all just a way for Porter to stand down without tacitly admitting he’s a rapist.

Most Aussies will just shrug their shoulders and say he was just trying to pay for legal expenses what’s the big deal.

He probably raped her, but it’s like this Miss Higgins case where a lot of it is buyers remorse for being a naughty woman. Miss Higgins had too much to drink and then passed out naked after a good rogering. We’ve all drifted off to sleep after dishing out or receiving a good rogering I think it’s all those chemicals released in the body something like that. Quite common.

Not all of us do it in Parliament in someone else’s office though. That’s a real exhibitionist, no boundaries! Dirty young woman lol! That will ruin your career — unless none of it was suddenly your fault of course!!

Porter doing well here getting on the front foot establishing she’s out of her mind.

If Porter was that confident he’d have gone after the ABC, yet chose to withdraw the defamation case and fought to have their evidence withheld. Would have been tough to secure a historical conviction, but the internal review implies that before she died the NSW police declined to investigate despite forming a taskforce and receiving a new brief of evidence.

We’ll obviously never know the truth, but Morrison takes a win as a potential leadership rival in Porter gets the boot.

shit is getting fucked in melbs right now, any of you guys down there able to go help them?

Despite the bravado this will blow over by the end of the week when they realise due to a series of bad decisions throughout the years they are slaves to their bosses and the union. They basically own their souls.

unfortunately probably true, but i hope they keep fighting

What a difference a year makes. Last year people were peeved, but generally followed the rules in Melbourne.
This year people are crankier and willing to stretch or break rules.

“setka is andrews bitch” sez some ‘sharp’ cfmeu cuntox members…
the same fkn greedhead cunts who have been trousering the loot from the setka andrews pop ponzi racket for years.
fight all you like you scum then fuck off and die