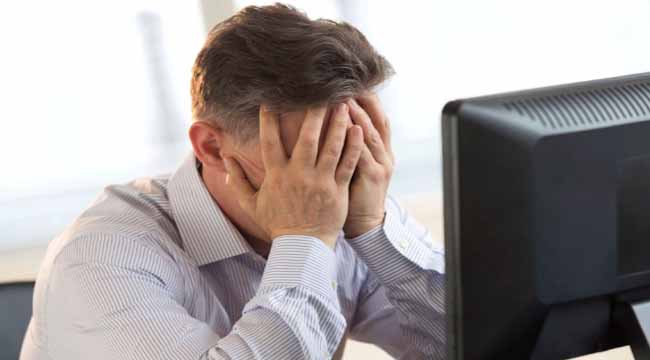 An Australian man who only took the COVID vaccines to pay his mortgage said he was really looking forward to continued interest rate rises, after the RBEZFKA raised the cash rate to .85% yesterday.

Dave Brown, from Sydney, stated he was looking forward to at least a 2.5% cash rate on his $1.5 million mortgage and the resulting increase in repayments, despite huge reluctance to get the vaccine just to keep his income.

“I only took that shit to keep my job and service my mortgage, so the increase in repayments on top of all the health issues I’ve been having post-jab along with inflation will be really exciting for me and the family,” Brown said.

“Gotta hand it to Phil. Australia is the best place in the world mate.’

Phil Lowe said he was already working with Black Rock to facilitate residential real estate purchases in the coming months.

Here in Victoria they handed out $750 per positive test so cunts would line up until they got a positive test and collect their gibs. This country loves a rort.

Now I’m sure there’s a few hypochondriacs in this but the gaslighting is next level. Throw in Sudden Adult Death Syndrome and it just gets more clown world.

Another one for the guillotine.

He definitely deserves it.

What a nasty nasty piece of work that Ben is.

He’s an absolute cunt. It’s more than just trolling for him. He’s personally invested in this and he can’t see anything wrong with his opinion.

Good candidate for one of those “suddenly” events, hopefully.

It would be Instant karma for him. I think I would celebrate the event with a bottle of Scotch.

Begging to get knocked out

What utter rubbish. How can this even be considered journalism? Firstly, let’s clear the elephant in the room – labelling anyone as “anti vax” is discriminatory, derogatory and almost always without validity. Absolute hypocrisy in this day and age of political correctness for every other sector or minority in society! Second, he mentioned the high paying FIFO worker – Ben could seriously learn a thing or two from a person who has so much integrity and conviction to do what is right for his or her body that they are willing to forgo a huge salary. These people will be the true heroe﻿s in history. And lastly, let’s just remember that the fact remains that people still get infected and pass on the infection regardless of vaccination status, so to imply anything that makes an unvaccinated person more of a threat is not only unscientific, it’s inciting further discrimination and division in a seriously broken society. In other words, time to stop trying to make things worse.

That’s a good comment. The comments from most people on that article are not supportive of the cunt. It’s like he’s doubling down on the absurdity despite all the evidence stacking up against him. Even if he ends up having a heart attack or some other illness he will never consider that it was the jab. He’s too invested in it now.

So the trauma of the constant fear campaign and lockdowns have caused his madness but he’s used to it now and likes being crazy so he’s not going to stop? Sounds plausible.

Imagine having that guy as your dad

Lol. Poor kids if he ever manages that. I assume he’s an Incel.

If he ends up having a heart attack he will write an article saying how he would have died if he had not had four injections.

I look forward to that article. Because I’m a dick.

I thought you were…errmmm…you know…the other thing…😊

I can imagine the obituary now after they find his festering corpse floating down the Swan. “We are devastated to announce the passing of Ben, hero of the pandemic who passed away due to natural causes while fishing on the Swan. He was all things to all women and some men. He will be sorely missed” LoL. Fuck you Ben.

Sucked in anyone who took the jabs for whatever reason they felt compelled.

Yeah shame my missus did due to work. She’s now down with the covid despite being double boostered as a healthcare worker .

The two sprogs and I (who aren’t vaxxed) can’t seem to catch it. Each morning we are disappointed with the negative result.

I personally know of two other blokes in same situation..

How good is Aids!!

Lots of talk out there about being more jabbed ~~> more likely to get the covid these days.

Based on reliable anecdata, kids should catch it eventually – might take 4-6 days. Then they will cruise through it and it will be done

Very much so, there was a article in the gateway pundit about how the most highly vaccinated countries / states also had the highest covid infection and death rates, including the more boosted were more likely to get it than the less boosted.

There was also a independent study done where they found that in the 18-40 age group 44% of people had a adverse reaction to the jabs, with something like 10% of them ending up in hospital.

Those numbers seem too high….

Independent study, not the BS from the TGA, Senator Gerard Rennick has posted heaps of stuff about this, if you follow him on FB you will see all the “good” stuff about how bad these vaccines actually are.

i don’t really do fb

Everyone I know who had the jab had a reaction that was not pleasant.
I guess it depends on where you set the bar for adverse.
Does feeling like shit for a day or 3 or getting pain in your arm count?

Blokes, is anyone here using Aussie Broadband for internet?

Asking for a friend – apparently Aussie Broadband users have trouble getting to this site….

Thought you’d be collecting all that info

I’m interested to hear about your threat model, coming. Who is after you? And why?

I don’t know
I’m no danger to anybody

I want to be inside the tent.

I want to be inside the tent.

The swan barks at midnite. over.

The gerbils will be golfing in the east.

The gerbils will be golfing in the east.

Coming in his Merc being followed by BJW

🤣
that’s a great video… although maybe coming is in the second car?

The guys in the merc wouldn’t let him in the tent?

A merc does seem like the sort of thing those inside would drive.

Always wondered if these were home grown or vibrants. Maybe both?

so I’m going to bet on a local feral

Living with Covid has ripped the heart out of public hospital systems world-wide. Those who aren’t permanently disabled are leaving in droves and those replacing them will leave before they become skilled. NHS…..professionals know the situation

This is happening here as well and those with chronic conditions will be displaced by those with emergencies until the public hospital systems are just huge emergency departments and it is more and more HITH……….just another of the public commons we are losing.

This bloke has been in a state of florid psychosis for many years now, about eurodollars and covid

So they bring in curries instead

So they modelled it on the australian GP system??

thought this was an interesting observation

watch the 2yr yield I guess

Considering that one is a realtime rate and the other is a two-year average of sorts, the correlation is interesting.

Talk about being asleep at the wheel.

Victorian health minister has the plague.

Wishing him many happy returns!
(As the multi-jabbed seem to have)

Quadruple jabbed Israeli health minister has the plague too.

These people are just taking the piss.

Monkeypox on both of their houses!

The ‘say the line’ cartoon killed me.