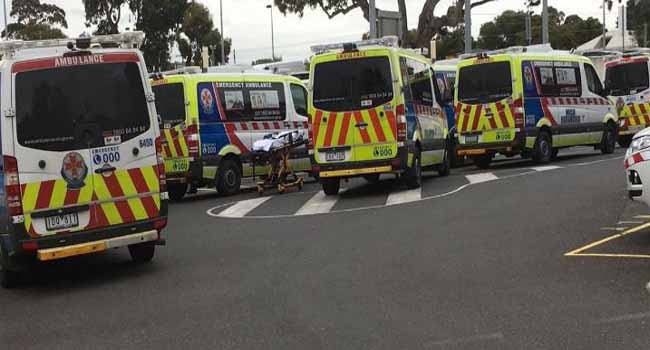 A Melbourne man who died on a hospital stretcher outside St Vincent’s Hospital, used his last words to express his gratitude to Premier Daniel Andrews for removing the level crossings.

Paul McFarlane, 52, was rushed to hospital suffering chest pains and a suspected heart attack and then waited outside on a stretcher for 9 hours before dying.

“He said just before dying that he was just glad the level crossings are removed so he could get to the hospital faster to die outside waiting,” a spokesman for Ambulance Victoria said.

“It’s a real sign of dying with dignity and acknowledging that Transurban, John Holland and mass immigration burdening healthcare are more important to Victoria than hospitals.”

Andrews stated that 9 hour wait times were ‘well within service standard’ and would be looking at ways to increase the average to 24 hours.

So true. At least in 30 years if there’s anyone still in Victoria you’ll be able to take the suburban rail loop if you have a myocarditis induced heart attack.

It’s probably a question of when. The when matters.

for the first heart attack, the rail loop won’t be available to get to hospital.

but I think that by the 8th or 9th, there is a reasonable chance that it will be!

by the way, this is a brilliant post and deserves more love and comments

We used to have an ambulance station nearby. It was removed along with the level crossing. Traffic is just as bad as when there was a level crossing, so I guess we have gone backwards. That and the fact that the population has swelled due to apartments going up everywhere, but no new medical facilities.

What they have allowed in comments is quite remarkable. 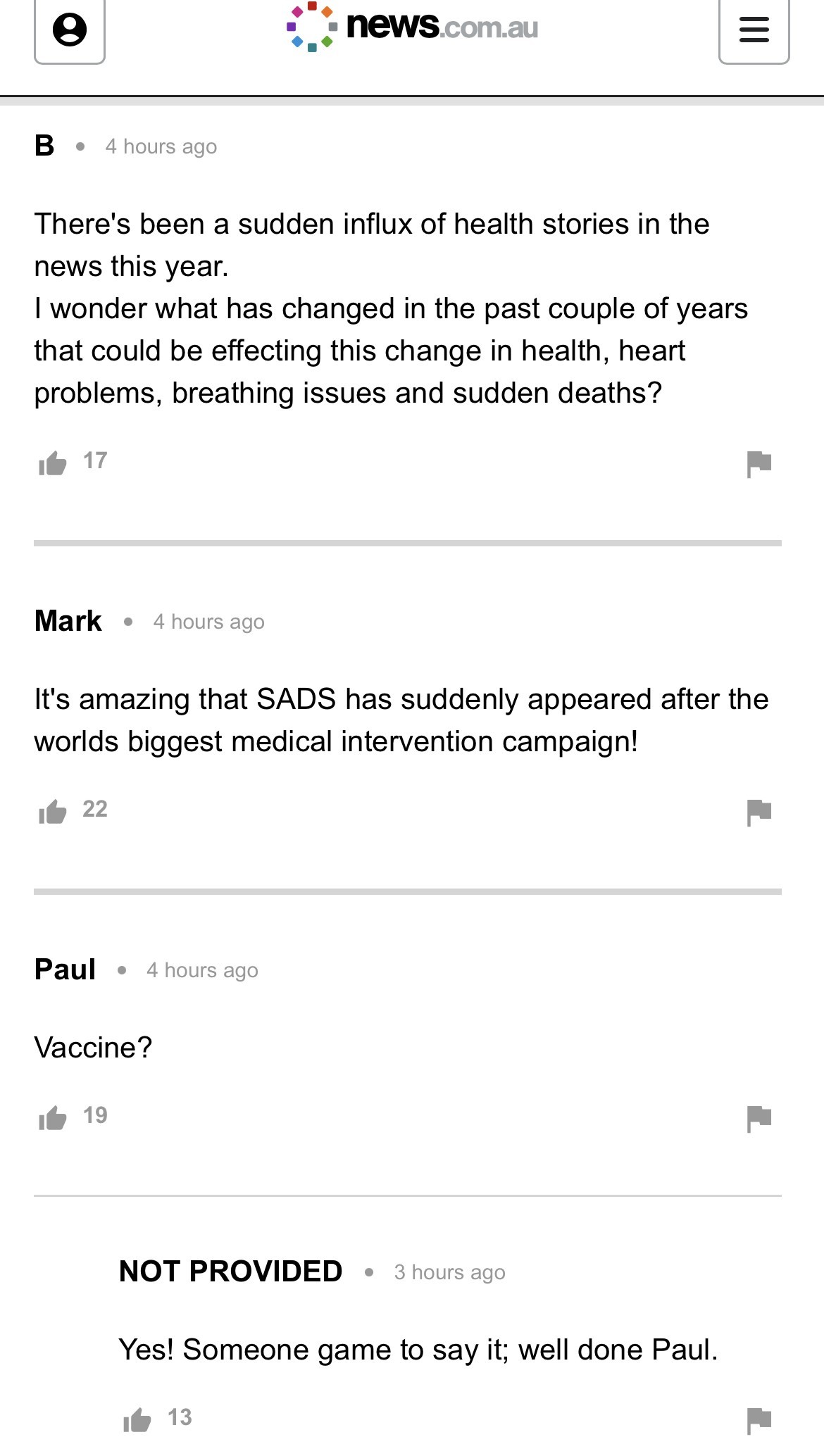 I think I’ve heard it all now.

That being said, I knew a bloke who died like this back around 2002. He worked for another company in Adelaide and was due to come over to visit us, but they rang on Monday morning and said he’d died over the weekend. He was about 35, married with 2 kids. He’d been packing the car to go camping on the weekend and just dropped dead.

Funny how it seems to be becoming so prevalent lately though. 🙄