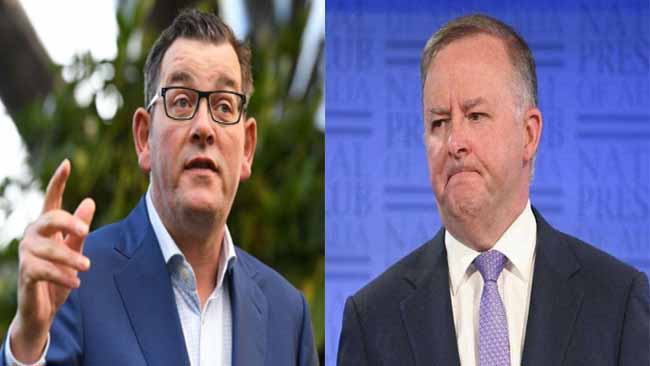 A new study has found a direct correlation between ALP leaders pussying out of responsibility and testing positive for COVID.

The study, done by the Lose the Unloseable Institute has found that ALP figureheads tend to test positive whenever under public scrutiny, with leader Anthony Albanese the latest victim.

“There’s a clear indication of COVID convenience whenever the ALP are in shit, just make up a positive COVID test and the ABC and Fairfax press doesn’t have to cover for you,” Dr Harry Callahan said.

“It was obvious when that cunt Dan Andrews wussed out of Warney’s funeral and it’s even more obvious now that mangina Albo has ducked out for a week so he can’t fuck anything up. Biden taught him well.”

The ALP has denied the allegations, but did admit they do have plans for further positive tests in the coming weeks.

And you have to be triple vaxxed to be on his media team.

Labor are fucking useless. Is gone being shitter than the libs. That takes some doing.

I’m really hoping that Albo is some double agent Manchurian candidate thing, because there is no way federal labor are this incompetent.

it feels mean making fun of them. like kicking a old retarded street dog.

maybe this is their strategy. if we get kicked enough, people will feel sorry for us and vote us in.

nah f em all. vote anyone other than lib/lab/green. nice hung parliament. that way they can’t f us over even more.

Albo just gets knifed by Tanya in about a month and then we have another fucking useless menopausal rich women running the country.

It’s not a bad plan. Morrison had covid in March, and it basically stopped the attacks and has a resetting effect. Doesn’t look good to target a sick person, and they’re force to wish their opponents well!

Probably do good for the Labor campaign to have him out of the spotlight for a week, bit like Biden hiding in the basement.

Pauline Hanson called it with one of her satire videos.

Labor’s best chance of winning this election is to have Albo remain in isolation for ths whole campaign.

he can’t even outline his own plans via telephone

Aka they just realised albo was absolutely fucking incompetent, so they played the Covid card to avoid the bad optics of dumping him weeks before the election

what an absolute clown show this is

Did you know Albo lived in a council house with his mum?

Did he? he should play that angle up. “Half-caste pasta nagger makes good”.

and yet, he and Andrews both extend their local states of emergency by 3 months at a time.

by way of contrast, Ukraine which is in an actual state of war against a nuclear superpower has just announced a 30-day extension to their state of emergency…

This may sound unchristian of me, but I hope he dies.

You are not alone in that hope, there are not enough short ropes and tall lampposts for all the deserving recipients out there in government.

Albo is missing a golden opportunity to infect the entire press gallery. Particularly all the ones that had private drinks with Morrison at the beginning of the campaign. That would’ve won him the election!

Can anybody tell me why an Australian newspaper needed to publish this little gem? And why now? What are “they” trying to tell us?

Avoid timber, fibre cement or prefabricated structures (which includes most modern housing in Australia) as these probably won’t survive

Haha! If the blast doesn’t kill you the asbestos dust will get you 25 years later.

i reckon they should re-introduce asbestos as a building material.

I mean, seriously – chances are nobody has more than 15-20 years anyway after taking the science-juice 🧪 🧬. So for practical purposes, it’s perfectly safe!

LOL, dark but very pragmatic, now wee just need to work out how to help that make house prices continue to double every 7 years, multi-generational loans might be a good thing.

Hmmmm, I hadn’t thought of the house prices angle, admittedly.

20-25 year mortgages would definitely reduce loan sizes, which is not a good thing. Your intergenerational idea might be required to keep them striding along!

TBH, the WEF have this one in the bag, you will own nothing and be happy. Is that statement that far from the reality, most people with a home don’t actually own it, they own a asset that can vary in price held as collateral for a “fixed” size loan with variable monthly repayments, so the bank actually owns the house, and you pay them excess rent in order to be able to take it off their hands one day, however being that most people use their house as a ATM then they are just renting from the bank. If you take the stress of ownership out of the equation then you are renting and happy…. banks can then control the supply to ensure that the values always increase.

Damn I should have a job at the WEF

General fear mongering to push through something unpopular I’d imagine.

Don’t worry about the nuclear thing. Nuclear weapons are not what they are advertised as. They are weapons, but not city killers as advertised.

I was a bit worried that ABC News hadn’t published a fear piece for a few days. But alas, this comes up.

A fly in your ointment
Reply to  Hector Lancebottom

silly, instead they should’ve introduced Asian language of choice for existing chefs.

the rate of immigration et cie.

no meat on the bone….what is this “serious condition”?

Bwahahahaha. News of bad things happening to Mark McGowan really put a spring in my step.