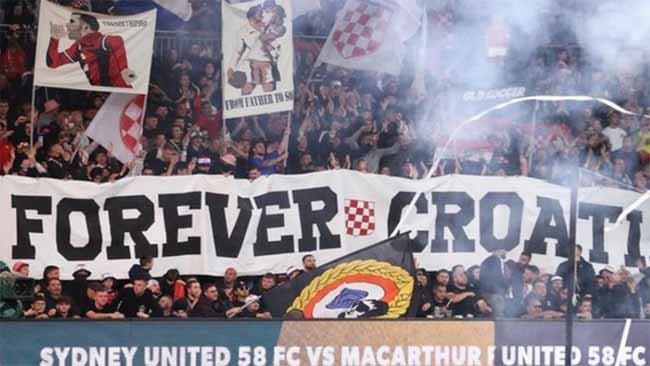 If you haven’t been following the Kanye West and Kyrie Irving thing for the last few weeks, well there are plenty of videos and articles covering said topic that you can follow in your own time. We now have our own situation developing down here in the great southern multicultural shithole of property development.

In short, Kanye has been naming the Jews that have screwed him in Hollywood, including his psychotic, Jewish personal trainer/intel handler Harley Pasternak who has an uncanny ability to be linked to a whole host of celebrities that have gone off the reservation.

NBA player Kyrie Irving shared a link on Instagram from a documentary that mentioned the Jewish role in the Trans-Atlantic slave trade last week, and now the ADL and Jewish commissioner of the NBA Adam Silver want him unpersoned.

Get back on the plantation! Black Lives Matter and all that.

So where am I going with this? A few weeks ago I opined on the Sydney United ‘incident’ of alleged racism against Macarthur players, mockery of welcome to country and throwing of roman salutes by Croatian fans during the Australia Cup final.

Well, it seems the kvetching has reached fever pitch and Fagball Australia want to essentially do the same thing to Sydney United that the NBA is doing to Kyrie and Hollywood is doing to Kanye. Here’s their list of demands:

“After considering the Club’s response to the Show Cause Notice, Sydney United 58 FC has been issued with a $15,000 fine. Football Australia will use the fine to further invest in education, training and materials related to anti-discrimination and cultural competency for the Australian Football community.

In addition to the above immediate sanction, Sydney United has also been issued with several suspended sanctions. These include further fines, significant point deductions in the NPL NSW competition (up to 40 points deducted per sanction) and a suspended participation ban from the Australia Cup in 2023, 2024 and 2025. These suspended sanctions will be triggered if Sydney United 58 FC fails to comply with specific requirements over the next three years. These include:

(a) ongoing volunteer work with the First Nations and Jewish communities

(b) compulsory education and training to counter racism, discrimination, anti-Semitic and other faith-based hatred for the Sydney United 58 FC’s Board, Executive administrators, players, support staff, volunteers, and fan group leaders

(e) prescribed standards of behaviour for Sydney United 58 FC supporters in accordance with the Code of Conduct and Ethics.

These sanctions are in addition to the several evictions on the night of the Australia Cup Final and the subsequent life bans that were issued to two identified individuals.

Gee, I wonder who is demanding that?

“NSW Jewish Board of Deputies CEO Darren Bark said the displays at the Australia Cup final “were some of the ugliest scenes we have seen by spectators at a football game in our country”.

“The response by Football Australia to these deplorable incidents is to be commended. We hope the sanctions issued to Sydney United will act as a warning to other clubs that racist behaviour of any kind will not be tolerated,” Mr Bark said.

“Fighting hate is everyone’s responsibility. The NSW Jewish Board of Deputies is proud to work with Football Australia and Sydney United on programs to counter antisemitism and other forms of discrimination.”

I don’t care about football but the absolute gravitas of these people to demand this. ‘Worst scenes we’ve ever seen.’ Pull the other one, you soft cock. Ever been to a proper ultras game in Eastern Europe?

Given that Jewish billionaire and ultra-zionist Frank Lowy (now living in Israel) was recently the former FFA head its no surprise that they’re basically trying to destroy the club for wrongthink. We all know if the Sydney United fans were non-white and had been making anti-white statements/salutes, they would have been given statues on Lee Street.

If you’re still in doubt about what’s going on globally, then you’re on your own. I prefer Tommy Sotomayor’s take on things and I suggest Sydney United take the same approach:

By the way, I have just converted to Judaism as of this morning so any criticism of me or this article is anti-semetic. Have you heard of this thing called the holocaust? If not, you will head to your local B’nai Brith chapter for immediate reprogramming.

New Australians (post WW2) had nothing to do with old Australia. They are clean. They must replace old Australia. Aboriginal claims can then be disregarded as the system will no longer represent or be dominated by the evil descendents of the British. It will represent nothing but itself: a machine for efficiently extracting mineral wealth for its owner-operators.

if is of some consolation, smarter (than thou?) wogs were never worshipping the FOOTball.

however, I agree that football has always attracted cognitively inversely-superior populace.

It’s a working class game or at least supported by them primarily. 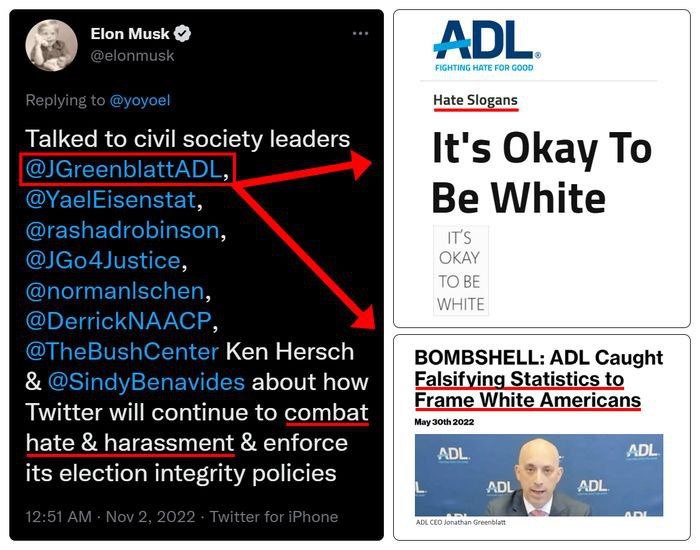 Could be a trend – Early return: The red wave rolls through Guam as Republicans pick up their first win | Washington Examiner 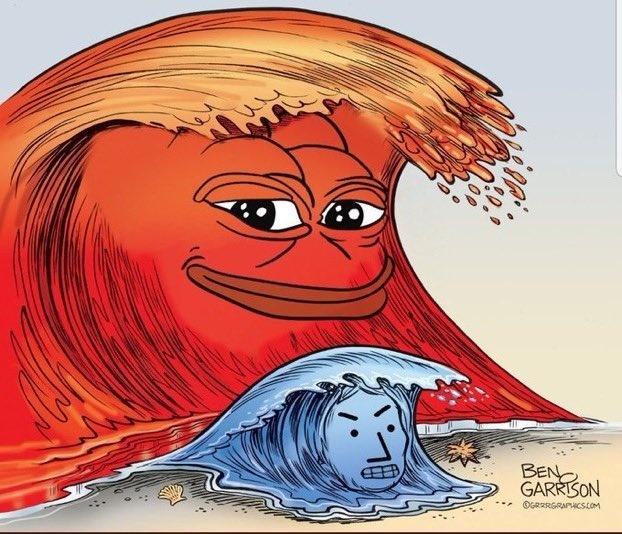 the
dreadful orange
shall this colour be known henceforth.
👌🏻 👌 👌 👌

however, Yanks are primed to reject the failed rigging of the election due to Russian/NKorean/Aye-ranian/Cuban/Reptilian/Martian interference (delete inapplicable, if any)

the strategy seems to be to turn off voting machines – “Protest, Protest, Protest!” Trump Calls For Action Over ‘Complete Voter Integrity Disaster’ At Polls | ZeroHedge

Frank Lowy took our billions to Zion and Harry Trig will do the same having grabbed the loot and encouraged the millions of new arrivals to our shores. The more uneducated and non-white the better.
The sooner we all realize who’s in charge and they are chosen and more intelligent and richer the happier we cattle will be. 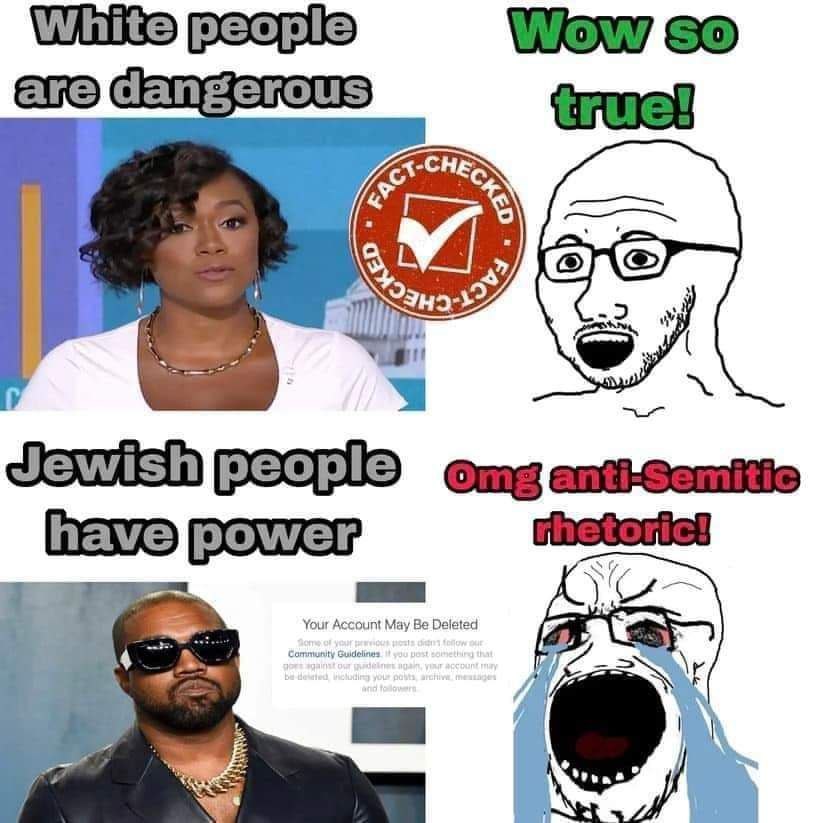 Frank Lowy and Harry Triguboff were the worst thing to happen to existing Australian residents since Captain Cook first set foot in the country.

You must no notice!

A fly in your ointment
Reply to  Robert Plant

modest republican successes but not overwhelming

They voted in a brain damaged stroke victim who looks like a B grade horror monster.

Yeh…but just one of many brain damaged monsters working for the Dems.

I was thinking about dropping the following line the other day: remember that time frank Lowy conned Australia into thinking the ptb at FAFI would host the world cup finals in great southern multicultural shithole of property development. Remember all those millions the gubbermint handed over to his fellow slave traders in hope of bribing FAFI, and now the dumb cunt says he feels he is at home on his return to dumb cunt land …

(a) ongoing volunteer work with the First Nations and Jewish communities

Cleaning vomit and foreskins on your weekend – good shabbos goy.

That Sri Lankan’s rape is what I call an old fashioned rape (not some publicity hungry slut who got pissed and passed out), but I bet she went along with being deep throated, the choking at first. When he got into it and started strangling her she said she was against all of it lol. Lesson learned.

I can’t really take much of this tape stuff seriously. What Aussie diggers do in faraway lands to women over the last century is rape. Gun at their head fuck me or I kill the village. These are just Tinder sluts.

Did she just wait around while he recharged his batteries 4 times?

tbh the dude is a serious chadpreet, i can actually buy hes a rapist hes exactly the kind of guy who rapes women

He’s curry so that’s almost a given

or goats… or little boys…or his cousins…

Well, it seems the kvetching has reached fever pitch and Fagball Australia want to essentially do the same thing to Sydney United that the NBA is doing to Kyrie and Hollywood is doing to Kanye.

sorry to be the fly in your ointment, the juxtaposition of the two seemingly similar events, but quintessentially different, won’t make them the same. The Joos will assume themselves to be the subject here (they always do and in a long arch indirectly they are), however the Natsi salute was clearly aimed at the deplorable goyims in this case.

the “roman salute” is a nice euphemism for what is the grassroot symbol of ideology as omnipresent in Country 404 or in the country of origin of the SUFC main supporters.

to sum up my point:
the whole post is a nice heap….
of white wash (with regards to SUFC event)

sorry to be the fly in your ointment, the juxtaposition of the two seemingly similar events, but quintessentially different, won’t make them the same

Yeh nah. Timbo is correct. This is pretty standard fare for the kosher nostra and their business model. My only surprise is that they didn’t ask SUFC for more money and include the obligatory visit to the holocaust museum.

The USA has the ADL, we have the ADC which is financed by John Gandel and performs the same role. And then there’s Mark Leibler etc. Stewie I’d default to over this.

Frank Lowy had it in for the Croatian clubs (Melbourne Knights as well) when he was FFA chairman also and this is standard behaviour stemming from the old NSL days.

I like the way you responded to Peach thus avoiding to contest my assessment….
😄

(ps. nope, i am not trying to induce a response)