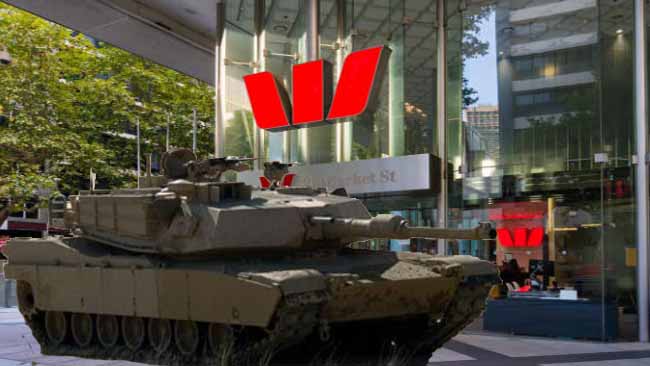 RBA Governor Phil Lowe has given the green light for the Australian Army to deploy it’s M1 Abrams tanks to prevent unrest, when bank bail-in legislation is enacted later this year.

Following similar scenes in China, the tanks will be deployed out the front of the RBA and most major banks before bail-in laws are enacted and Australian deposits are confiscated around September.

“We thank the ADF for their assistance in these uncertain times. We thought inflation might have been the trigger for martial law but they got plenty of practice during COVID,” Lowe said.

“We can’t use these tanks in most situations in Australia domestically but we’ve finally found their one purpose – crushing urban civil unrest from years of economic mismanagement.”

Lowe has also hinted UN ‘blue helmet’ troops stand ready to back up the ADF and eventually assume control of operations if things get out of hand.

F’n hell, I thought it was satire on both accounts (China and Australia), but you just turned the dial up to eleventy!

Wonder how the US will react… Would they be on the side of the people (Tienanmen square) or would they back the banks? If Chinese banks were to collapse, surely it would affect the US?

This is great! I read EZFKA almost daily to get all my global news.

Omg, that guy is like Crazy John Adams, but on China rather than EZFKA.

lol not sure if you’re being sarcastic or not but I’d disagree.

No, not sarcastic at all.

the guy is just talking about regular sorts of shit that has been happening in China regularly for decades, but claiming that now it’s some sort of dramatic existential threat.

I don’t buy it

My 2 cents as someone who used to live there in a tier 2 city.

Lot of shit pops off there on a regular basis e.g. riots, strikes etc but due to obvious reasons we never know about it unless you see it in person. Been a lot of propaganda the last two years though obviously.

That’s changed a lot with internet and phone cameras but given the current state of the banking and real estate bubble there, this has a real chance of getting nasty. Chinese are generally highly compliant until they aren’t, then it’s nasty.

I’d say Taiwan invasion happens if Xi doesn’t get it under some form of control fast. Don’t really know what he can do other than go Tiananmen 2.0 at this rate.

Interesting to watch regardless.

We’ve covered serpentza here before so will agree to disagree

maybe it was before my time here, cause I don’t remember. Never heard of this serpentenza guy.

Maybe there is a small problem with bad debt:
https://youtu.be/LFLlO88d8I8

MY GOD WHO IS THAT ANGRY CHINESE MAN?

is he the Chinese DLS? Harping on about a debt bomb 10 years ago… 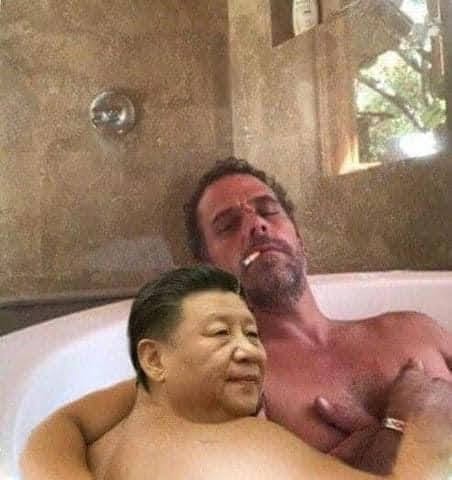 file this under spoiler alert

Luckily, I have a very nice house, and little cash, so the banks can bail away.