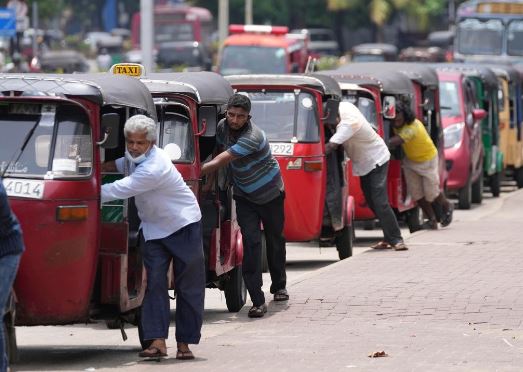 Temporary-and-then-eventually-permanent fuel rationing has begun in Sri Lanka. Those vaccine passports people were going on about? They were clearly beta tests for a much more sinister digital identity rationing game about to go global:

As per the Fuel Quota policies, Sri Lankans will have to apply with their National Identity Card Numbers once their ID and other details are verified and will then be assigned a QR code to access gas at pumps across the country.

Sri Lankans will then be made to take turns to get fuel based on the last digit of their vehicle registration numbers. However, tourists and foreigners will be given priority to get fuel in Colombo (the largest city in Sri Lanka) — likely to avoid even more damage to Sri Lanka’s tourism industry.

Armed guards are reportedly assisting with implementing the QR code digital ID fuel rationing program. They were also previously deployed to gas stations and equipped with military-grade weapons to prevent those with “non-essential vehicles” from purchasing gas.

In May, Sri Lanka’s energy sector came to the point of total collapse and has continued a downward trajectory ever since.

All kinds of fucked up.

Sri Lanka is a test case in my opinion. ESG and ‘sustainable farming’ practices annihilated the country and now rationing and inflation are it’s future.

Australia is ripe for something like this. Compliant, demoralised populace aside our much-storied reliance on importing oil and lack of refinery/strategic reserve will create the ultimate shitstorm and excuse for this. We’ve already had rationing in the supermarkets and that looks like it’s about to get a whole lot worse with this foot and mouth ‘outbreak’. Cloward-Piven strategy all over again.

What I’ve found interesting during this whole debacle is that island nations – Australia, New Zealand, UK/Ireland and Sri Lanka foremostly – have been the most draconian of the lot.

Canada is definitely up there too, but my cynical mind tells me that if the World Economic Forum can crush dissent in these countries first due to their obvious geographic lay out (Sri Lanka almost completely closed it’s airspace during COVID and we all know Australia and NZ’s policy on entry/exit) they can do it everywhere.

Oh yeh, the new Sri Lankan Prime Minister, wonder what his background is:

Both the new UK PM candidates are the same.

This is an attempted global coup that’s going to get even uglier. But hey, just buy a Tesla to hedge against fuel prices you fuckin idiot!

I think the excise cut ends in September, maybe they extend it like NZ did but who knows. Regardless, in my opinion some form of this will hit by end of year. 7/11 has a price app which appears to be a soft form of it for now.

Interesting point regarding islands. Strategic advantage against some things is a disadvantage against others e.g. supply chains. In this case we could be easily brought to heel if there isn’t fuel to get food to the cities.

Sorry about the off topic, but we got another celebrity who’s
Stroked Out
https://www.news.com.au/entertainment/tv/american-pickers-star-frank-fritz-hospitalised-after-stroke/news-story/fe497e9c2a169e9959ba6c7bcb2595e5

A fly in your ointment
Reply to  Basil Thistlethwaite

Perhaps a topic in the forum should be opened to document the perils in one spot and then link updates here.

I think that the bloke you’re referring to was 45 years old…….still too bloody young to be “suddenlied” though.

You might be drawing a long bow with this one.
From the linked article:

He last appeared on the show during a March 2020 episode, before he took time off to recover from a gruelling back surgery that left him with 185 stitches and two rods in his spine.

In an effort to turn his life around, Fritz recently lost 29 kilos and he was believed to be living a healthier lifestyle and avoiding alcohol.

He told The Sun last year that he checked into rehab for alcohol abuse for 77 days.

The vintage enthusiast also suffers from Crohn’s disease, which he has been battling for over 30 years.

﻿Why Blood Clots Are More Common in People With IBD

It’s well known that inflammatory bowel disease (IBD) is associated with what’s called extra-intestinal manifestations: conditions that are related to IBD but aren’t found in the digestive tract. One of these is the risk of developing blood clots.

Given his history of being overweight, alcohol abuse, extensive surgery in the spinal area, and 30 years of Crohn’s disease (IBD), I’d guess that he was pretty much a significant stroke risk.

Never let it be said that I was an apologist for the genetic juice, but I think this one looks like a preordained lay-down misere.

Sucked in everyone rained out at Splendour in/on the Grass.

Every one of them interviewed seems like a nob.

Saw the footage on the news….boy, they looked like they were having fun.

Can’t believe they paid $400/ticket for the experience….don’t they have weather forecasters in the Byron area??

Rains every year, it’s not hard to forecast lol 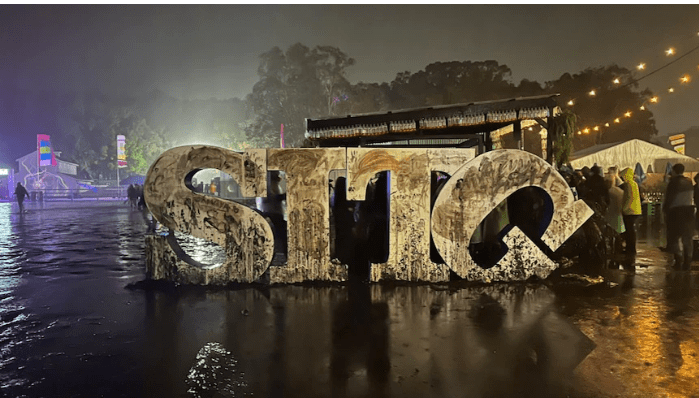 Was going down some rabbit holes last night when I came across Samuel Francis – someone the SPLC can’t froth at the mouth enough over.

In it he was writing that the managerial elite (the DLS’s of the world) can’t address the impending cultural collapse and resulting crisis, because to do so would mean the collapse of their world view:

The soft managerial regime, in its ideological illusion that human beings are creatures of their social and historical environment and can be ameliorated through the managed manipulation of the environment…The soft elite does not recognize – and cannot recognize given its worldview and the material and political interest on which its worldview are based – that immutable elements of human nature constrain the possibilities of amelioration and necessitate the attachment to the concrete and social historical root of moral values and meaning.

Basically he’s saying the soft managerial elite believe we are all a product of our history and environment, and that there is no part of our character or characteristics of our societies that is a result of genetic or innate differences. Thus any differences between groups can be ameliorated within a social context through material manipulation, rendering historical differences based around cultural values and how they impact wider society as inconsequential.

This is basically criticism that I’ve repeatedly lay at the feet of DLS in that he’s very good at calling out the symptoms of what is wrong with our nation, economy and leaders, but they have a complete inability to answer the question as to “WHY” our nation, economy and leaders, have become so corrupted and moved so far away from what we believe to be ideal qualities… i.e. VALUES shift and what has caused it.

As much as DLS hates it, our Values are, or were, in the main secular Christian…even Christopher Dawkins acknowledged this when he said he may be an athiest but he’s still Christian, in terms of differentiating between societies of dominant Christian vs Muslim character.

The dissolution of our high trust society, as the social contract is replaced by the neoliberal market place, is a result of a fundamental shift in the values of our elite superstructure. For someone like DLS to admit this, would mean that his secular “rational man” and product of the enlightenment starts to crumble because – Culture Matters!

The purpose of culture, and all social behaviours, is to further the reproductive ends of the members of the society. Increasingly, our culture is failing us. It began failing when it decided sex was primarily a form of entertainment following the inventing of reliable contraceptives. The celebration of gay marriage as equivalent to hetero marriage took this further, and then the insistence that anyone who identifies as the opposite sex is the opposite sex took it a step further. The final step is the claim that cyborgs and robots are equal or superior to human beings. At that point society can be done away with and it’s “true” purpose revealed: the reproduction of its elite, whatever creatures they eventually turn out to be. This is the ultimate goal of the enlightenment. Cogito ergo sum.

You’d probably enjoy James Burnham – the managerial revolution. Published in 1941 and talked about a lot of these ideas.

I’ve come across James before, although I’d forgotten his specific claim to fame until I re-read his theories.

It is always refreshing to find a philosopher like Burnham and find my own views so in agreement with him… it often leaves me wondering if my own views were simply drawn from earlier readings of his theories. The downfalls of being a careless reader is forgetting to attribute them.

There is a dovetail between the manager elites that Burnham describes, and the cultural nihlisim that Samuel Francis was referring too.