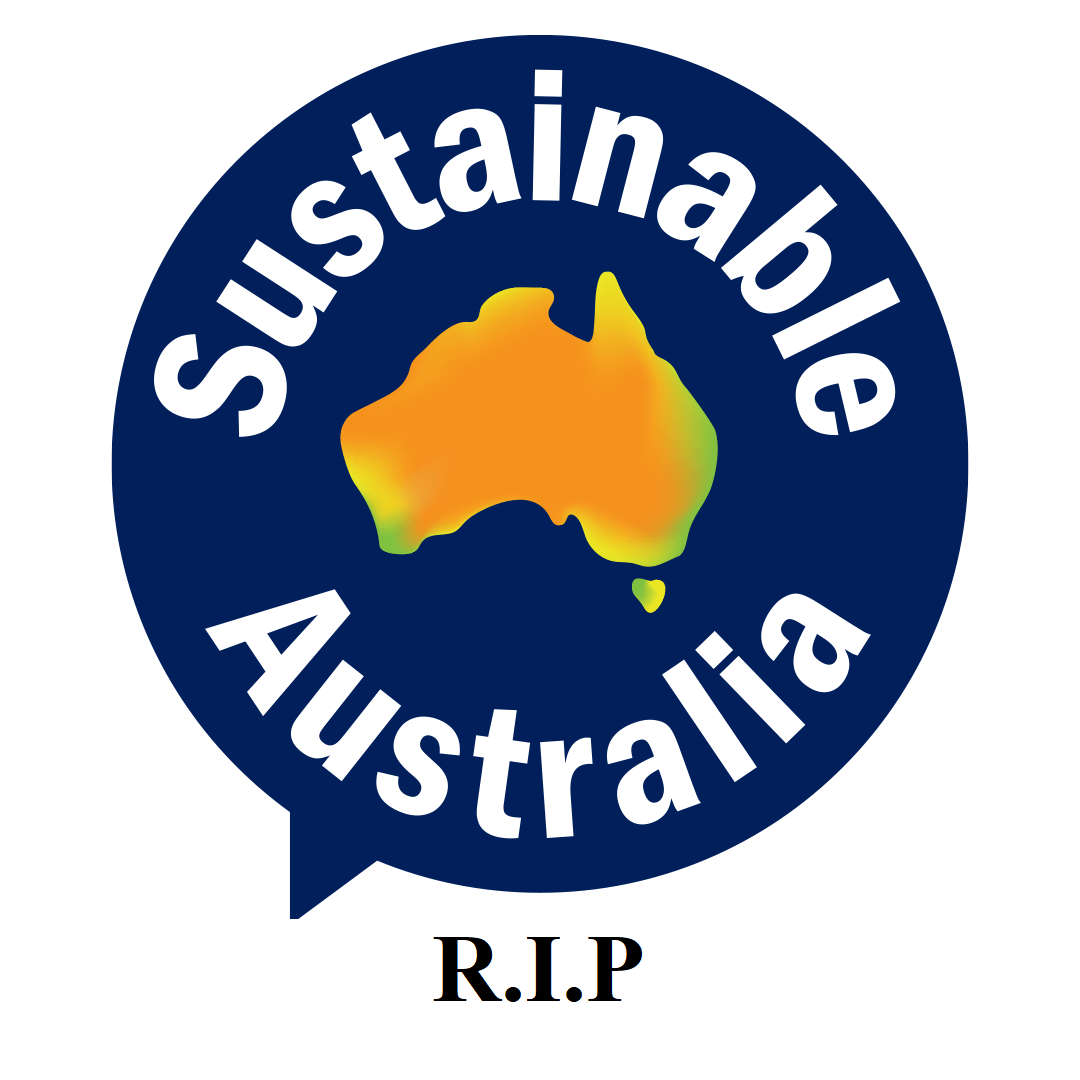 Who remembers these guys? Macro spruiked them as the next big thing like four years ago. I was curious about how they did in the election so I went to the ABC vote totals that showed how all the parties did, and scrolled down the list. Waaaay down the list.

Here’s the truth: if you drew a venn diagram of the people who want to cut immigration levels and people who cared about environmental issues, the over lapping circle would consist of about… 3000 people nationwide. And that’s how many people voted for SAP. Even if they had a good marketing team or whatever no one would vote for this party.

Lefties SUPER HATE THEM too lol, I saw on FB a while ago some Newtown types referring to them as a Nazi party. Advocate for any degree of immigration reduction FOR ANY REASON and this is exactly the reception you get. You cannot win.

Thinking about it, why is Australia’s immigration restriction movement so DOA? I have NFI whether United Australia or even One Nation any more want to reduce migration levels or not, but one possible reason could be b/c they’re so split up between 5050 different parties they hardly ever manage to get a seat, at least in the Senate. They would likely never get a seat in the Reps bc for some reason people who support these parties are always dispersed everywhere, unlike Greens, who are all concentrated in the same electorates and thus can actually get elected to the Reps. Despite this, if you add up United Australia + One Nation together that’s like 10+% of the vote, almost as many as the Greens.

But it still doesn’t matter. People just don’t care about this issue, abstract arguments about traffic congestion and demand for housing and whatever are incomprehensible, abstracted and boring to the average person. There’s no appetite for migration restriction unfortunately amongst retard Australians and that’s not even considering the fact that this stuff is political poison. SAP has gone to the grave yard where it was always inevitably headed.

It is the EZFKA way to only care about your own house going up in value so you can feel richer and tell everyone else what a savvy investor you are.

How do you tell if someone has a investment property, don’t worry they will be sure to tell you ….

Or if they more than five, they will get a puff piece in the media.

I was one of the 3,040 people that voted for them as they have better policies than the other parties. But yes it does appear they are dead. I put the Citizens party second which only did slightly better.
What is encouraging though is that the coalition and labor both won a reduced percentage of the votes showing that people are slowly getting sick of the major parties. The problem is though that 68.7% of fools still voted for the major parties and because of that won 89.6% of the seats. Showing that there are far too many stupid people in Australia and the electoral system gives results that don’t reflect even that distorted approximation of peoples wishes.

heaps of votes went to the so called teal independents though, i look at them and ask myself wtf is the difference between them and labor/lnp, theyre just phony independents. so the move away from labor/liberal isnt as promising as people think.

shills are people whom pretend to be working against the swindler or completely unrelated to them but in fact are their partners.
in game of rotating cups, they serve to lure gullible to believe that the win is easy and possible. Until the gullible places the bet.
in some countries they call the control opposition as “shills”. in others they call them independents

Given that a teal independent won Goldstein, it is time for 12 storey apartment towers along Beach Road in Brighton and Hampton for the migrants they want. Plus wind turbines 100 metres from the shoreline in Brighton Beach.

But alas, no this won’t happen. Apartment towers are for less well to do suburbs who taxes will subsidise their Teslas. Wind turbines will be built far away whilst we pay for their EV charging stations and roof top solar.

to do suburbs who taxes will subsidise their Teslas

Party of nimby pussies. Protect our nice suburbs without being called racist and fighting the hard battles.

There’s plenty of appetite for cutting immigration, it’s just that you have to go all in and talk about everything – you cannot avoid talking about social cohesion or you end up with Rotherham.

Problem is few have the stones and courage to whether the onslaught of personal attacks from the well funded globalist lobby groups.

Ultimately, all roads lead back to the great replacement and the handful of wealthy Jewish families who for eschatological and geopolitical reasons are trying to dilute nationalism in Christian countries.

This battle is currently going on in the US vs the ADL who want to censor talk of the great replacement with regard to the southern border.

Fraser Anning was thrown to the wolves by everyone including Pauline Hanson for bringing this up. Which is why no political party is actively trying to oppose it.

I never saw an Ess Aye Pee sign this election. It is like they were not even trying. It is like “if we don’t put up a sign or say anything, no one can call us rayshist”.

As a disclaimer, I did vote for them in the senate, but mainly because there were too few decent options.

I think you have touched on the main subject there. The media. There is only one or two options presented, and the majority will not get off their ass to consider what else is out there. Newsprint, TV, radio are all pushing Lib/Lab, SAP were never an option.

I never saw an Ess Aye Pee sign this election. It is like they were not even trying.

If they could only get 3000 people to bother voting for them, how many do you think donated time/money to them to create these posters?

“diagram of the people who want to cut immigration levels and people who cared about environmental issues, the over lapping circle would consist of about… 3000 people nationwide”

It was Labor and Greens job to educate Australians.

It was Labor and Greens job to educate Australians.

According to who? The people in charge of the parties would seem to think it’s there job to deceive australians. Labor and the greens are not what you think they are.

I was a member back in the day and even did some volunteer work like letterboxing for them.

As soon as they got some traction they started getting attacked by loony lefties and completely caved. I don’t know why they cared so much, none of these womyn would have ever voted for them anyway.

I guess the leader didn’t have the ticker for the fight and turtled when he could have ridden a wave of discontent. There’s no way they wouldn’t be up there with PHONY and UAP by now.

The big winner in the election was obviously Legalise Cannabis, they absolutely killed it. Over 6% in QLD and NT, over 3% elsewhere.

There’s no way they wouldn’t be up there with PHONY and UAP by now.

The big winner in the election was obviously Legalise Cannabis, they absolutely killed it. Over 6% in QLD and NT, over 3% elsewhere

it is poetic that Legalise Cannabis thrashed SAP.

because “Legalise Cannabis” is what it says on the label. People understand what that is and they vote for it, if they like it.

SAP used to be Sustainable Population Party ( https://www.aec.gov.au/Parties_and_Representatives/Party_Registration/Deregistered_parties/sustainable.htm ) – if the chickenshits hadn’t bottled it and had stuck with that, they’d also have an easy to understand and easy to sell product (like “Legalise Cannabis”). They’d have something people could vote for instead of just another indistinct lefty greeny mess. Good riddance to them!

They did a bit better in the Senate, but still only about 42k votes nationally for a grand total of 0.51%

I think LVO voted for them, so embee touch of death right there.

Despite all the media attention about the teal independents, Labor and Greens will control HOR. The teals are irrelevant for this term at least.

I am hoping Labor and Greens do not control the senate. We need PHON to block some of these idiotic Labor policies like opening the borders to immigrant parents, and the stupid housing policy.

If the ALP grant those Tamil family fucks a visa despite every court including the high court saying their claims are invalid then you’ll know where the ALP are heading on borders.

Yeah I was a member of SAP for a couple years – even went along to a few party fundraisers and met a few people there Cameron Murry, Bourke, etc.

It very soon became apparent that they were going no where – the press deliberately smothered the small amount of inertia they had, and their weak middle of the road policies were unlikely to ever get them to be noticed by anyone. I resigned shortly afterwards – that was about 3 elections ago.

The anti-democratic duopoly was put in place to ensure that political change in Australia is next to impossible. The only way to effect change is through the two major parties and the access to political donations. There will be no change until the fall, when regions in Australia start to violently break apart… which we should celebrate, because you know, diversity makes us stronger and more united.

We’re all slaves and until our hostile elite are hoisted up telegraph poles and crucified, nothing will change.

We’re all slaves and until our hostile elite are hoisted up telegraph poles and crucified, nothing will change.

Only problem with that is whoever replaces those hoisted has a 50/50 chance of being worse not better.

Is it just me or does Cam Murray get super sensitive to criticism?

I like a lot of what he does and his book was really good, but if he’s challenged on Twitter he gets really shirty really fast.

Yes, he has thin skin.

Interesting. Was reading some tweets on what happened to The New Liberal party (who brought on Steve Keen as an economics advisor). Had some early social media presence with threats to prosecute Christian Porter, but was allegedly shut out of mainstream media.

Supposedly had Federal MPs planning to defect, but in the end amounted to four fifths of SFA with their leader brawling with Holmes a Court