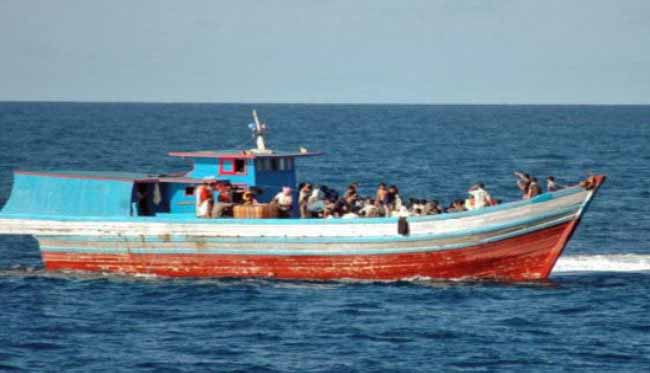 We called it earlier in the week but it wasn’t hard to call. Illegal boats intercepted off of Christmas Island from Sri Lanka:

“Scott Morrison has claimed that Australians need to keep him as prime minister to continue stopping the boats after two Sri Lankan asylum seeker vessels were intercepted apparently trying to reach Australia.

One of the vessels was stopped by Border Force on Saturday morning as it attempted to enter Australia off the west coast of Christmas Island. The other boat was intercepted by Sri Lankan authorities on Wednesday.”

Given the situation in Sri Lanka, you’re going to see more of this and not just those that are flying to Indonesia and getting on boats there as was the usual method. That will increase as well though.

Australia has no obligation to take them in other than usual bullshit treaty that we weren’t asked to vote on (much like the WHO one next week) and the economic stupidity of that nation is their own fault. Fuck em, won’t stop the self-loathing teals and the Greens though bleating on about how it’s everyone else’s responsibility to take them in outside their inner city enclaves.

Regardless, expect a whole heap more of this shit in the next few weeks, more migrant sob stories on the SBS and ABC and the Tamil family and their cunt lawyers trying to take advantage.

If ALP/Greens are installed by Klaus then watch the ALP backflip in a heartbeat under pressure from anti-white, open borders lobbyist scum in the Fairfax papers and we head back to the front and back door disaster of 2007-2013.

The Great Replacement of White Australians must continue and the controlled demolition of Australia must meet the WEF’s schedule. Whatever the US southern border does, we must also do.

It’s a long way to come from Sri Lanka on a leaky wooden boat.

There are reports this boat or possibly boats were assisted on their way by the SL police around April 26 as an election stunt. Why the SL go to the trouble?

Was this supposed to be Morrison’s Tampa?

Political journalist Karen Middleton said a source from the Sri-Lankan Australian community told her that overseas authorities had been using the boat turn-backs as a political stunt.

‘I received a message on April 26 from a member of the Sri Lankan-Australian community saying that two boats were on the way,’ she told ABC.

‘He said that he had a friend in Colombo saying he had witnessed people being put on a boat by Sri Lankan police, that he alleged that Sri Lankan authorities had facilitated the boat and he said it was designed as an election stunt to arrive in Australia just before the election.’

I find it hard to believe they sailed all the way from Sri Lanka.

Australia will well and truly hate Labor by the time 2025 rolls around.

The move to the Greens in Queensland seats is nuts.

At least Kristina Keneally likely to be booted out of Fowler.

Goes on to say they have ignored housing affordability, “You can’t create conservatives if you have nothing to conserve.”

Kristina Keneally losing Fowler would be a highlight.

Other good news is the Liberals and Labor losing primary voting share.

If Keneally loses, she will have lost a state election, a by-election (Bennelong), lost a guaranteed senate spot and the safe seat of Fowler. Have no idea why Labor persist with her.

Goes on to say they have ignored housing affordability, “You can’t create conservatives if you have nothing to conserve.”

Very insightful. Conservatives have conserved nothing and proven they don’t stand for conservation. Nationals are certainly anything but nationalistic.

But, equally, labor have proven (and are about to prove again) that they stand for nothing to do with labour.

I put Greens last because they are pure evil, Labor second last, Libs third last. I put One Nation but not for any particular reason just saw them first on the ballot.

God help us if the Greens ever become a major party in the next decade.

If the electorate didn’t take out Tim Wilson, monkeypox would have anyway. 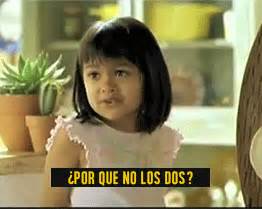 Last week a colleague told me that Tim was a woke poofter who has turned him off the Liberals for life. Think he went UAP.

Every single sign of his along Beach Road was vandalised, so I guess most people agree with your colleague’s assessment.

OT but on topic of democracy.

what can tight control of media and laws which are doublespeak achieve? an apparent democracy which has ample provision for tyranny, just that the tyranny is still outside the public exposure.

remember the poor soul in Mel that unprovokedly got attacked from behind and slammed head down onto the concrete floor by those that are meant to protect, and serve. It should’ve been treated as “aggravated assault with lethal intentions” with added weight that it was committed by an officer of power. The only purpose of this assault was to show the power where power is not due.

I think this trend of recording each and every attack on civilians by some members of police militia is bound to eventually cause aggravation and retaliation. Pity, I am sure one side will escalate the conflict further which is the path towards the next two instalments of the movie franchise “Escape from SYD” and “Escape from Mel”. Kurt Russell is sure to be an advisory.

Maurine Faruqi has 4 properties to her name LOL.

Unless they are enivironmentally friendly rammed earth or shipping container homes housing homeless people, then this “greenie’s” carbon footprint must be 10x what mine is when you include all her unnecessary flights.

They’re green in name only. This is the party that wants to protect the environment but wants to build one million new homes.

Rules for me, rules for thee. The WEF agenda will suit her fine. 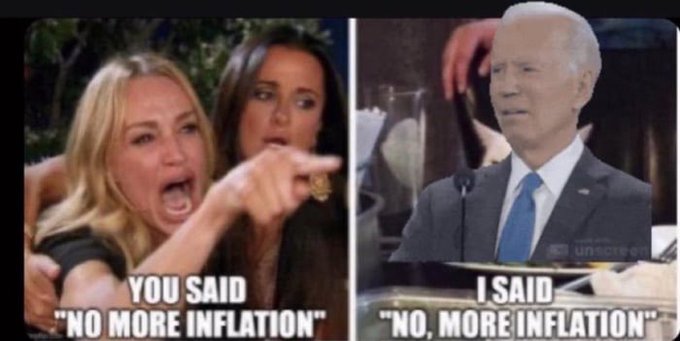 I thought that was one of the best concession speeches I can remember. Anywhere.

All these Liberals sound relieved. I sense very little genuine disappointment. I think the last 2.5 years have taken it out of them.

Looks like Gladys Liu has lost Chisholm, her replacement is a woke union hack with a degree in gender studies though. 🤣

part of me will be sad to see him go

it must have been that constant imbecilic smirk

he was hilarious , almost as much as Abbott

for albo the poisoned chalice
if interest rates really hit 3% he’s going to oversee a depression , plus the deteriorating geopolitical situation

I give it 3-6 months before MB turns on him

I respect Scomo in what he’s done as a politician. He’s cunning. He’s been done in by a hyper woke western culture. At any other time in Australia’s modern history he romps home.

He navigated COVID well. You can criticise him, but imagine a federal Labor government with the mindset of Andrews or McGowan.

I thought it was a great concession speech. Anyone still criticising him obviously has some mental issues and Scomo is living rent free in their heads.

The whole thing about treatment of women etc is ridiculous he’s a family man his daughters and wife clearly love him. That Grace and Big Brit had buyers remorse. Of course the two guys were sleazes no doubt that goes without saying, but people are responsible for the positions they put themselves in even if 16 and with daddy issues. Big Brit was all for partaking in some Parliament sex until she got caught in the nude. Word must get around in Parliament. Tim Wilson was having his fun, Brit wanted to experience Parliament sex for herself.

I thought Albanese spoke well if not looking a little wimpy and like a closet poof with that tint he got and the turkey neck from his crash juice diet.

But he spoke well and seemed like a well meaning guy. It always looks a little forced with him like the gf is a beard and the son is a ring in or plant.

Seemed a well meaning guys, except when Labor will come in it will be an economic disaster. Whatever, it makes no difference to my life how bad they spend and how woke the country becomes it doesn’t affect my life.

Just a note, I kind of mocked people following this stuff I thought they were sad fucks with no life but I ended up following it tonight myself so total hypocrite.

And yes got my teeth fed to me tonight on that election bet for the Liberals. Thought no way an Albanese led Labor could win, but heh.

Yep me too. Figured scomo would bribe everyone and win.

their platform was 6-8 months too late