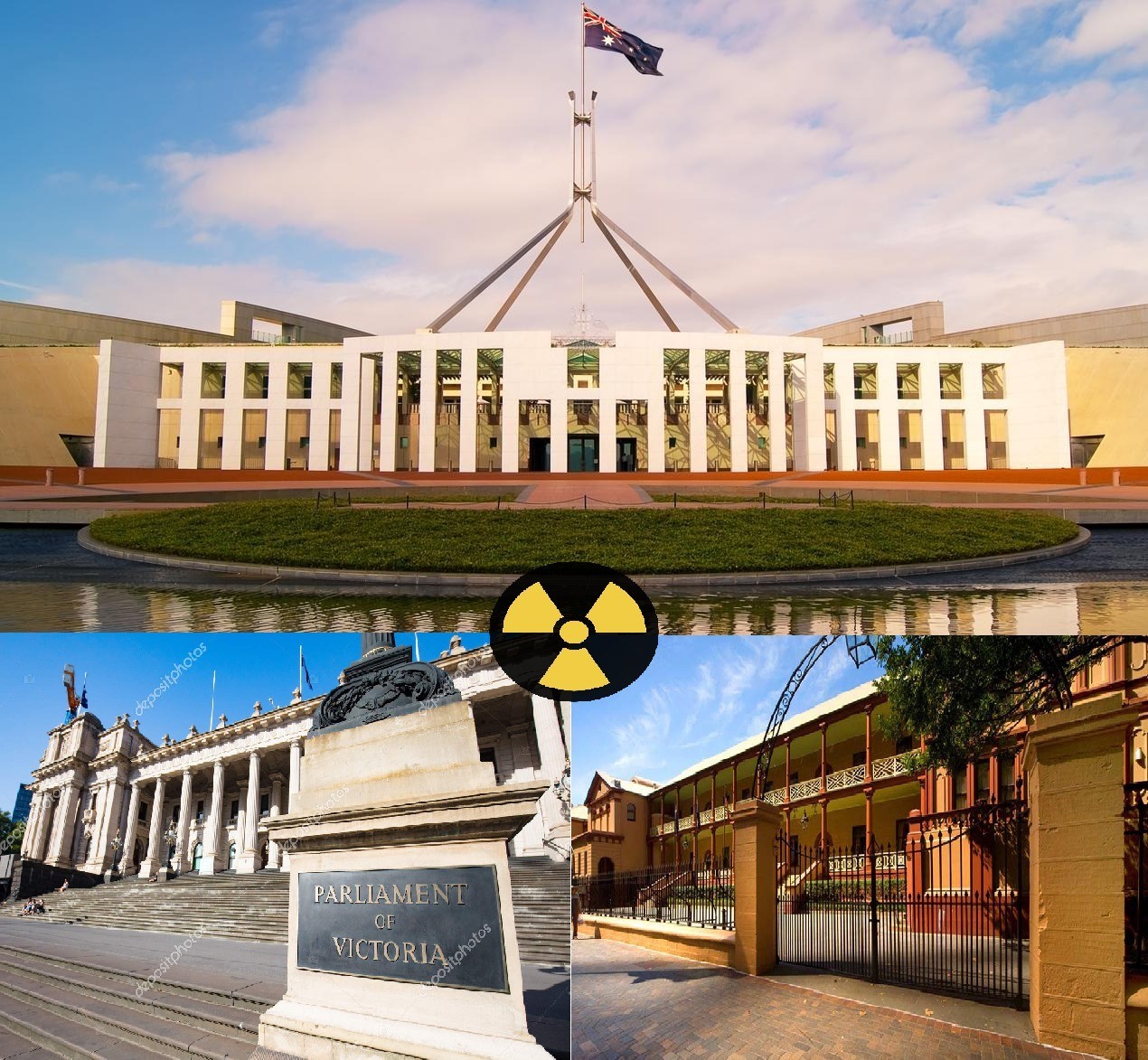 International relations continue to take dramatic turns following EZFKA’s decision to buy nuclear submarines from the Yanks. In the days that followed the submarine announcement, China retaliated by threatening to nuke EZFKA during any regional war. However, the responses received back was not what the Chinese had expected.

On the morning following China’s threat, EZFKA citizens started calling the Chinese embassy and recommending targets for a nuclear strike. The three most popular targets suggested were Parliament Drive in Canberra, a building on Spring Street in Melbourne and another building on Macquarie Street in Sydney.

Chinese ambassador Mr. Kan Ton was interviewed by an SBS reporter and said “It was really quite shocking. I was in the embassy kitchen at the time and about to add pineapple to the sweet n sour chicken for breakfast. Then suddenly, I hear a commotion coming from the Huawei room. I walked in there and all the phones were ringing like they do when the spyware has a run-time error. But there was no spyware error? It was EZFKA citizens calling in nuclear attack targets! My comrade was so surprised that he looked like he was about to faint. I yelled out to the the girl standing next to him ‘Quick, Fa Kin hold Mi Wang! Fa Kin hold Mi Wang!’. But Fa Kin, she no understand and Mi Wang banged the table corner really hard.”

“Some of the targets called in by EZFKA citizens were well know to us but others were not? Many callers wanted us to hit a building in a place called ‘Mulgrave’. I said to a caller ‘This is Canberra, I do not know where Mulgrave is? Sounds like a place worse than Ürümqi.’ So then I called the Consul General in Melbourne, Mr. Long Dōng, and he said to me ‘We know where the Mulgrave building is! That’s where we send Mr. Ka Ching each week to deliver the brown paper bag!’ After that I knew the place but I also knew that Mr. Xi would be very unhappy if we hit that one… very, very, very unhappy. He might even throw his honey pot out of the cot.’”

Mick, one of the citizens who dialled the embassy was asked why he called in? “Well, when I heard they were planning on nuking us I was initially angry but then I though some good might come of it so long as they do it right. Besides I know they’ll be careful because they won’t want to damage their investment properties. I don’t want to be greedy or anything either – they can keep the big nukes for the Yank carrier groups but hopefully they can spare a few of the 1 or 2 kiloton jobbies? Something like a M-29 Davy Crockett or whatever it’s called in Chinese. Don’t they have a frontier hero who wore a pangolin hat or something?”

The Keynesians at EZFKA treasury were initially appalled by the idea but once they realised how many broken windows would need to be repaired they were all for it.

A fly in your ointment
Guest
Reply to  Youser

even if taken that only double-whammy-wax-jobs are the only mob actually waxed and that correlation is circumstancial (and that would be a tall order of turning a blind-eye to facts), the fact that waxed are in any countable let alone sizeable 78% numbers is countercognitive. I can see an argument that without waxing the numbers of hospitalised would be much higher but that is just a non-sequitur. Waxing should’ve made hospitalisation cases for waxed statistical error in comparison to unwaxed.

Can we start with government, no one will miss them if they are bombed, especially not dictator Dan

Taking out Spring Street has the advantage of getting rid of the government and opposition. Additionally it will probably flatten the inner city suburbs as another benefit. Probably mean that Robert will have to delay his woke weekend links though.

Liberal Democrats have a remarkable track record over the last 12 months or so.

I didn’t even think that this is possible in Australia anymore.

how many people voted for LibDem last election, and where are they demonstrating against their literal disenfranchisement on Thursday afternoon?

is that actually you tim?

Lol. Yes. Just found EZFKA. Very impressed. Although a lot of this is just straight reporting rather than satire…
I expect if any demonstrations happen they will take place on the next sitting week when we set up our parliament in exile outside the parliament building…

wtf! wow! welcome to our site, we’re an offshoot of macrobusiness.com.au, a lot of us got banned on there. this is really cool!

A good chuckle. Thanks 😆

A lot of casual Racism and misinformation in this post! Chinese don’t eat sweet and sour for breakfast, they eat that porridge rice slurry that smells like wet dog.
Reported!
#standwithDan

The meth heads who live on the floor above my unit, the whole block hates them.

Last edited 1 year ago by stagmal
1

what happened to stewie btw

I think he’s fine. But I suspect that we’re a bit too sedate for him & he’s frolicking on spicier pastures.

We are a bit too sedate for him? Damn.

This is just me making up stuff, mind.

maybe he’s busy at the office.

or on deployment in South America.

I need some of his erudite racism

inject it straight into my veins

inject it straight into my veins

Is it compatible with the Pfizer Antifreeze you’ve got in there?

Uncle says you shouldn’t mix brands, for fear of stuffing up the system.
😅

Where did Sacha go too?

Still about – just been busy offline… and when I have the time I’ve been wasting too much of it playing PUBG rather than pontificating in the comments section 🙂 .

off topic – we need another covid article what with Melbourne reaching a record number of cases despite ‘locking down earlier and harder’. MB commenters are aghast, although there are a lot more skeptical posts now.

DLS is getting a flogging in the comments for this retarded post suggesting jabbing young kids is a good thing. How things have changed in a few short months. https://www.macrobusiness.com.au/2021/10/pfizer-seeks-expedited-approval-for-aussie-kids/

yeah whos that mark guy, get him here pronto