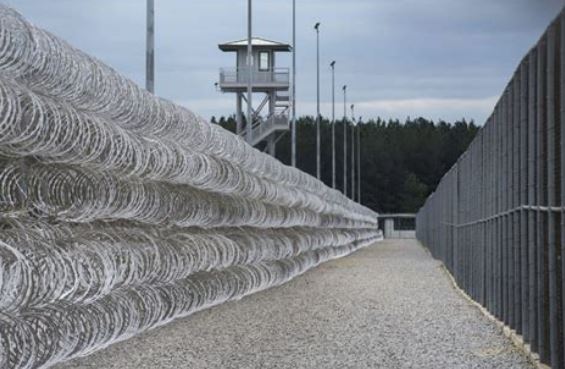 The new ‘National Resilience Centre’ being built in the EZFKA region of Victoria will have several key design elements featured as construction commences.

Modelled ‘in the true spirit of Bolshevism’ the facility will have armed guards, towers, razor wire and a ‘world class execution pit’ that will be able to process several political dissidents a day.

Premier Daniel Andrews hailed the design as a world first and said it was one of the few positives coming out of the failed Belt and Road Initiative.

“Our motto all along has been get the experimental shot or take the lead one, and finally we will be able to open a place where we can get that done,” Andrews said.

“We need to Build Back Better by Burning Bodies Better.”

The first political prisoners are due to be rounded up in December, with CCP President Xi Jinping understood to be the first ‘executioner of honour’ when it opens.

Yeh im not going to one of those.

On the plus side you’ll get to meet the rest of the peeps here, but in person!

this place sounds fucking horrifying, even the 3d renders of it make it look like some dystopian shit hole

The sudden vaccine rush now makes more sense. At 70% we hit Phase B. Time to welcome back the great unwashed:

Until the booster shots begin.

Of course that was the angle that they are going for, the pressure from the lobby groups must be off the charts.

So they are going to be happy with 10k cases a day with 50-100 deaths a day (bases on population adjusted UK data) so that we can import more jimmy’s and death stare grannies with fake vax certificates.

I stand by my prediction, that the world in 5 years time is going to have a lot less people and be a very different place, we are not all getting out of this alive, non sterilising vaccines mean that we are going to continue to see more vaccine resistant version of Whuflu get out and about and only the strong that have caught it before and have natural immunity are going to survive.

Get healthy and be prepared

I have read that the delta in Japan is evolving some traits that are getting close to producing an AED reaction against the vaccine, which is a worry.

One of the many reasons I’m holding off.

Some idiot on MB yesterday’s said there were almost no harmful long term side effects. He must have a strange definition of “long term”.

Yeh, this aspect doesn’t get discussed much – long term = rest of your life.

this is a second factor that makes the jab much more sensible proposition for older people:

Yup – short termism is the root of all bad decision making, not just within the field of economics.

This exactly, if they are 80+ and want to wallow in a nursing home for a few more years then vax them up, personally I should have about 30 more years of annoying people left on this earth and would prefer not to have a side affect from a experimental vax for a virus that has less than 1% mortality in my age category.

Yup – in regards to the question on vacinnation apart from a sister who is pregnant, I’m now the only non-child in my extended family including aunts, uncles and cousins to not yet be vaccinated.

But anyhow, while there might be some initial protection from the vacinne the declining effectiveness and the possibility for needing for constant boosters was something that dissuaded me from committing to getting vaccinated before more long term evidence was available.

Reading the study out of Israel I’m incline now not to get the vacinne, despite any short term protection it may afford – basically I want natural immunity that comes with exposure while I am relatively young and healthy, before I enter the age brackets where it starts to become a more serious risk.

This basically says it all:

SARS-CoV-2-naïve vaccinees had a 13.06-fold (95% CI, 8.08 to 21.11) increased risk for breakthrough infection with the Delta variant compared to those previously infected, when the first event (infection or vaccination) occurred during January and February of 2021. The increased risk was significant (P<0.001) for symptomatic disease as well….. SARS-CoV-2-naïve vaccinees were also at a greater risk for COVID-19-related-hospitalizations compared to those that were previously infected.

The amount of pressure I am getting to take it is incredible – my mother is at me constantly. My wife is unhappy and wants me to take it simply so we can get the passport and go out to dinner or travel – that is it…. she acknowledges my concerns and has stopped pressuring me, but constant references to travel and eating out leave me in no doubt as to where she stands on vaccination. Frankly, the response from all my female relatives has increased my views that the majority of the social hysteria around COVID is basically group female neurosis being amplified by the media.

This could be a mean thing to say, but I have noticed that the vax fanatics are the same kind of person as a Karen or a “woke” individual, they want to be as much of the “herd” as possible and will do anything to defend the “herd” rather than go out on a limb and make their own choice.

High in Openness: i.e. the idea that a new experimental vaccine will solve all the problems and/or any other new idea propagated by the media.

High in Agreeableness: as represented by seeking to conform to community expectations on getting vacinnated and pressuring other people to also do so.

(again I refer to the paradox of agreeableness in that as this trait is increased within a group, that group becomes increasingly intolerant of disagreement).

High in Neuroticism: as represented by overtly worrying about miniscule risks of mortality vs high risk of other types of harm financial, mental, etc, and the disproportionate emphasis on the emotive aspects of death over the consequences of trying to avoid an inevitable natural event i.e. pandemic.

Hey, LSWCHP, ever since your initial comments on sensible firearm choices, I’ve been spending a bit of time here and there reading about gun types and ammunition and stuff. It’s quite fascinating (eg the history of it and how many of the current designs are 50-100 years old)

there is a lot of info out there but also a lot of super-technical discussions between gun-geeks and also lots of propaganda and I do sometimes have difficulty telling it apart.

One thing that I think I learned is that 357 magnum and 38 special cartridges are similar or interchangeable things. would you be able to point me to something that sensibly explains this better?

The 357 is a 38 special, but a little bit longer so it won’t fit in guns for 38 special.
This is mostly a historical artefact since 38 special is old school and the original guns designed for this where capable of withstanding much lower pressure in the bang than more modern guns. As such they increased the allowable pressures, extended the cartridge a bit so it wouldn’t fit older guns and you get a new more powerful cartridge.

Edit:
Also, all the “modern” designs are restricted in Australia.

So, basically, they made it a bit bigger to put more gunpowder in behind the bullet?

Basically, although it was better metals for the guns and faster(?) burning powder with higher pressure more than actually needing the extra space. The longer case just makes it not physically fit the earlier guns.

Ah, so the size difference is to prevent backward compatibility, rather than just jamming more powder in.

its all very interesting this firearm stuff!

Yep, safety issues to use the higher pressures generated in old guns. Any modern build 38 special could probably handle an equivalent to 357 though.
38 special was originally a black powder cartridge as well, so is large and low pressure by design.

The fact that most gun designs available here are 50-100 years old probably stems mostly from smokeless powder being invented in the late 1800’s and the designs using it being perfected by the early 1900’s.
The only real changes since that time have been automatic and self loading weapons that citizens can’t be trusted with, or small changes in materials rather than basic design principles.