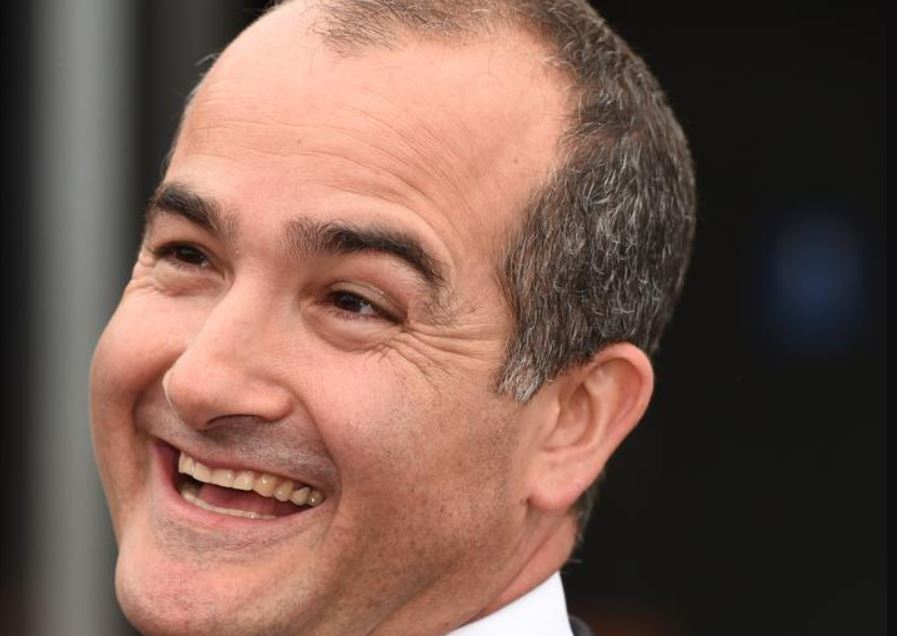 In the face of Victoria’s imploding economy, Merlino has stated that Victoria’s small businesses will be wearing the brunt of the losses if there is no uptake in vaccines.

“We’ve tried the usual concoction of guilt, shame, peer pressure, bullying and a lot of that hasn’t worked. So, it’s now time for outright economic destruction, that should demoralise EZFKA units enough and get those Pfizer share prices back up where they should be, based on advice from Dave Sharma,” Merlino said.

“Of course, our ultimate tactic will be trying to turn the vaccinated against the refuseniks if that doesn’t work so we can scapegoat them, but we’ll keep that one for later.”

Merlino remained tight lipped on the timeline for the current lockdown, but would not rule out another six months extension.

All about extending state of emergency powers and nothing more, same thing will happen in December when the current ones expire.

Pfizer thing is spot on as well. Aussies circle jerking over Pfizer obviously haven’t heard of Lipitor and the largest class action lawsuit in US history. Wonderful company.

Funny. the vaccine you get is another way for the middle and upper class to differentiate themselves. Before it was your house, where you live, what car you drive. Now if you get the Pfizer shot… oooooooooh.

The level of fear associated with the Indian variant (which the WHO has renamed as the Delta variant) at the centre of the Melbourne outbreak might be disproportionate based on the available evidence, an infectious diseases specialist has said.

Professor Peter Collignon, a professor of biology at the Australian National University, says he hasn’t seen sufficient evidence that the strain seeded in Melbourne’s northern suburbs is behaving differently to other strains of COVID-19 that Australia has combated before.

So far, I haven’t seen any evidence that this is really behaving differently to other strains we’ve had before,” he told 3AW’s Neil Mitchell.
“There’s not a lot of mystery cases occurring, there’s not a lot in the community, they’re being found with all this testing.”

Professor Collignon, a member of the federal government’s Infection Control Expert Group, has been widely criticised during the pandemic for his strident views on the lack of evidence for aerosol spread.

He said some fear was appropriate but the language used to describe the recent outbreak was unwarranted.

“We do need to have some fear about this and be worried about it but I think the language being used with, I think, our relative lack of evidence is inducing a level of fear that’s not warranted,” he said.
“At the moment, all the close contexts have been identified, we’re not finding huge numbers of cases, we’re not finding hundreds of cases, for instance, which would be a concern.

“Even this issue about … ‘it’s occurring so much quicker’ … if you’ve got good contact-tracing, good testing, you will find and test people who aren’t even symptomatic.

“So far, to me, as far as I can see the data, this is not behaving out of the realms of what we’re seeing with other strains nor is there really good evidence that this strain is so much worse than other strains we’ve had before.“

Professor Collignon stopped short of saying the lockdown should not be extended but that if there were no mystery cases, authorities should reassess the benefit of the measure.
“If no cases turn up that are not already known, [or] already been found by contact tracing, [or] already in quarantine, you could argue well, is there really a benefit in continuing this much longer?” he said.

Honestly what the fuck is going on in Victoria ?

the governments actions there have been absolutely bizarre , and yet barely an eyebrow is raised

Melvourne is part of the “strong cities network” ie nice sounding name for the police state for the 21st century.

Notice how they are also targeting the heads of resistance to try and intimidate the populace not that Victorians really need to be intimdated? What they did to that Nick Patterson bloke was disgusting.

I would have called you a crackpot 18 months ago, but I’m starting to think this is the only reasonable explanation

I would have said the same.

What’s the difference between conspiracy theory and fact?

I think you are vastly over rating the competence of our governments if you think this is some sort of deliberate strategy. It is the flailing of the incompetent and dealing with current problems with absolutely no concern for any future implications at all.

“Incompetence” yeh that’s just a cope. This is now intentionally malicious on just about every level. They’ve openly stated what their intentions are.

They see you as nothing more than an economic unit to extract everything they can from, hence EZFKA. Next phase will be an attempt at UBI (JK was a dry run) on the road to social credit scores as more businesses are forced to close.

I will stand by my predictions, been wrong on some but right on most so far.

If they go UBI, that will be a huge scary step.

I think an attempt of some sort will be made. Further to my point about wealth extraction, super and pensions are the last morsels of wealth people have that don’t have gov/property developer paws all over them, hence the sudden move to access super.

Once that’s all gone, oops we’re broke gimme cash. Sure, as long as it’s digital only and can only be accessed on an app etc

I’m biased on my viewpoints because I lived in China in one of the cities where they started rolling this out. It’s digital communism. Westerners don’t see it from their armchairs and lives of middle class comfort and many wont until its far too late unfortunately. Unless the AFL is cancelled maybe.

Super and pensions are all government paws…

Govts alone, yes – but Govts pushed by private businesses, wealthy donations and prodding by murky ‘Institutes’ into taking these steps…. not so sure.

I’ve always wondered, regarding the new variants. Pre-pandemic, the usual thought was that new variants are generally less harmful; if the virus becomes more harmful it risks wiping out its hosts, and therefore itself.

If evolution is real , then it should become more infective and less virulent

You two are talking intelligent design, not evolution.
Evolution can go either way. If a variant becomes extremely deadly and wipes out humanity then it too will be wiped out as evolution takes place, but both better and worse lethality are just as likely from random mutation.
For contrast, ebola is very lethal and as such has achieved no where near the spread of covid. I don’t see less lethal ebola popping up so it can spread more…

no it is not intelligent design, what the fuck are you talking about ?

petition to change your username to dunning-Kruger

Natural SELECTION.
do you understand how the selection bit works?
And maybe you should consider some research on your own DK. You are the worst kind of ignorant.
Evolution says nothing about the likelihood of one mutation over another, only the likelihood of 1 mutation surviving and multiplying more than the other.
But given your complete closed mindedness I don’t know why I bother.

And RE you link, the spanish flu didn’t evolve to be less deadly, humans evolved to be more resistant. Anyone without the immune response to resist it died the first time they got it, so there was no one left who was going to die afterwards. This is how evolution works.

i cannot believe this is real

surely the Victorian government is just an elaborate joke

“If you are at Adelaide Oval and the ball comes towards you, my advice to you is to duck and do not touch that ball”

I think it’s safe to say we can now firmly disregard anything these fuckwit are saying. The covid cult needs to be Jonestowned.

It has to be a wind up

SA government letting Collingwood team fly over for a football game is a joke. The only priority is $$$.

We are all in this together was just a slogan. My biggest gripe about the lockdowns have been the inequality. Plebs can’t visit dying relatives or attend funerals, but footballers/movie stars get exemptions. Plebs are locked in their houses 23 days a day, but tradies, construction are exempt.

“We’re all in this together”
straight out of the film Brazil.

imo Terry Gilliam was far more on the mark than Orwell re the political dystopia of the future. Orwell’s take was too serious, too much on the power and intelligence of our leaders. Gilliam captures the stupidity of humanity. 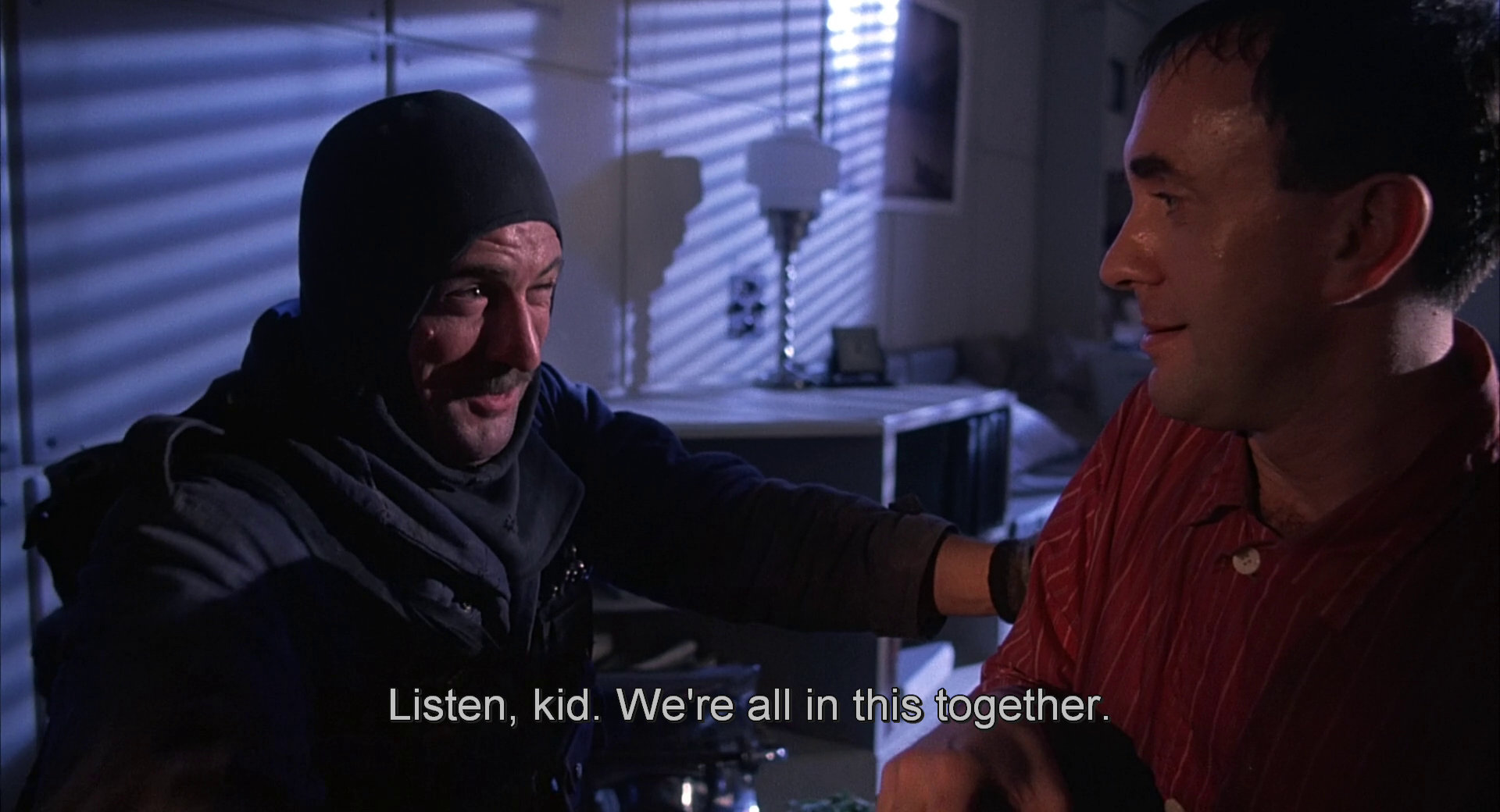