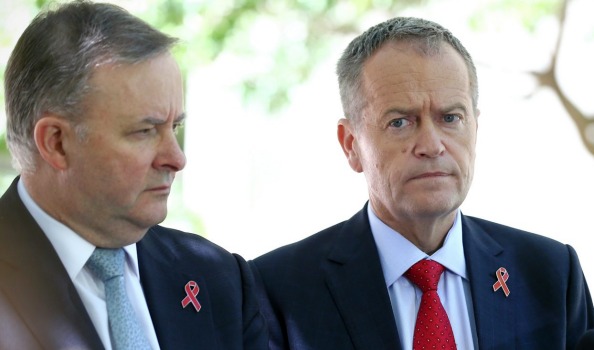 Anthony Albanese and Bill Shorten have both made statements in the last week opposing the bans originating from India to the Economic Zone Formerly Known As Australia, despite mass public support and both originally supporting the ban.

In the face of immense public blowback, Albanese remained defiant.

“Yeh we got blown the fuck out at the last federal election partly for the family reunion visa brainfart which we swept under the rug, but that’s besides the point,” Albanese said.

“We’ve got MP’s in marginal electorates’ with migrants in them like Julian Hill, so we have bigger things to think about. We abandoned the working class in the 90’s so we have to be mindful of who we’re banning, that being our long-term future voters.”

Albanese said he won’t be walking back the comments and said that he was just disappointed that Australia didn’t have a land border like the United States “that we could let thousands of COVID refugees in from.”

This is weapons grade satire Timbo. Keep it coming!

“Albanese said he won’t be walking back the comments and said that he was just disappointed that Australia didn’t have a land border like the United States “that we could let thousands of COVID refugees in from.”

Husband of whoever is so cucked you can’t even call the motherfucker faggot cause he only suck dick when wifey let him.

Motherfucker I’ll call truce if we can go back to bashing boomers.

Yes, please. That is such a good idea.

You want a truce?

Don’t talk to me.
Don’t @ me.
Don’t interrupt any conversation I’m having with anyone else.
Leave me the fuck alone.

If you want a truce everything I say is invisible to you.

Did I mention MoMo is a worthless ass cumstain looking motherfucker?

The LNP are currently bending the knee to the #metoo brigade whileat the same time mass importing males from the worst country on earth to be a woman on, so a ban would put make them consistent at least.

DLS and Chris Becker were quick to remove my posts about Biden killing 700 people per day, and 170k people since the inauguration, Biden being great for illegal immigrants and cartels that control the Mexican border.

I don’t know why they get so touchy about any criticism of Biden. It would be weird if they got upset about criticism of an Australian politician, let alone one on the other side of the world.

I suppose these impulsive, emotional displays are why the Macroboys are such bad traders.

Total inability to keep emotions and ego out of their decision making.

DLS and Becker can’t handle anyone having a different opinion. The site has become an echo chamber of crashniks and doomsayers. How this will direct traffic to their funds management, I am not sure especially given DLS’s treatment of anyone with differing opinions. In fact that probably applies to 95% of the commenters on the site. That Mathias idiot kept posting endless links to comments that I made.

I done you proud, dawg

The Mathias person is a pitiable sycophant.

ive read a few of his posts that are full of adulation and soppy “amen”s. Pitiable.

I’m using the same logic the left employed from February 2020 to January 2021.

Which is what? I don’t make a habit of following that stuff.

The White House does not need to let another 200k Americans die. It can use lockdowns and contact tracing to fend off the illness until vaccines arrive. The Republicans can get another fiscal deal done to enable such and prevent economic devastation. On both counts, failure is a choice.
In short, it is not so much El Trumpo that is exacting his revenge as it is the entire Republican Party that is doing so. Its final act in power is to leave as much human devastation in its wake as it can by dropping a virus daisy-cutter into the heart of Americana for Democracts to have to clean up.
It will have its revenge.

170k are dead because of Biden’s refusal to lock down and use contact tracing to eliminate COVID.

Ahhhh, gotcha, thanks. Nice one.

in the fine tradition of one-eyed partisan commentary.

When we do it, it’s intelligence gathering; when they do it, it is spying; etc.

Yup – honestly it was the blatant intellectual dishonesty the DLS engaged in with the way he carried on about Trump being responsible for killing hundreds of thousands of Americans that really made me start questioning the objectivity of MB.

I made many points that on a deaths per million basis, the US was doing just about as well as every other nation that had been heavily seeded with WuFlu at the beginning of the outbreak.

Instead DLS carried on as though it was Trump who was personally responsible, when its subsequently been revealed that much of the deaths were the direct response of local Democrat Govenors, like Cumo, playing politics. But when it comes to criticising Biden – crickets.

Same with his obsession on how great Biden’s stimulus package is. I said at the outset of Biden’s presidency that I expected the US economy and particularly corporate profits to boom, while the wages boom will fail to eventuate as they will end up being crushed by a flood of Democrat ideological immigration and that the supposed Tax reform that will see Billionaires taxed will be still born, as Democrat Congressmen and Senators remember who butters their bread.

Is anyone else happy that Michael Slater is stuck over in India?

Wishing it was Thorpe

Isn’t he in the fckn Maldives? The struggle is real!

Yes, he is. Flew out of India to the Maldives. Still can’t come home though

Cause I know y’all smart and shit

Woke up!
Why did you leave you Rage up
On the abctubes? You wanted to

How come people in parliament always wear suits? I mean, why? Anyone would think they were real estate agents.

That is because they are, everything is for sale in EZFKA

it is quite true, in my experience, that people will often use clothing to create in their prey an expectation of credibility or trustworthiness 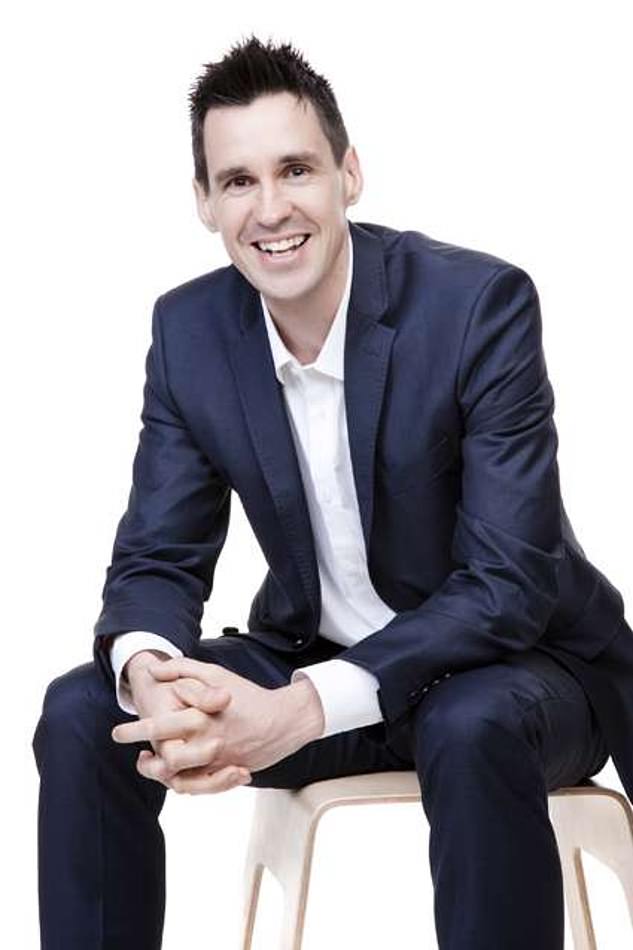 Who is this guy? I want to give him my money!

good bloke. Doing his thing to keep the mortgages, lifeblood of the EZFKA, pumping. 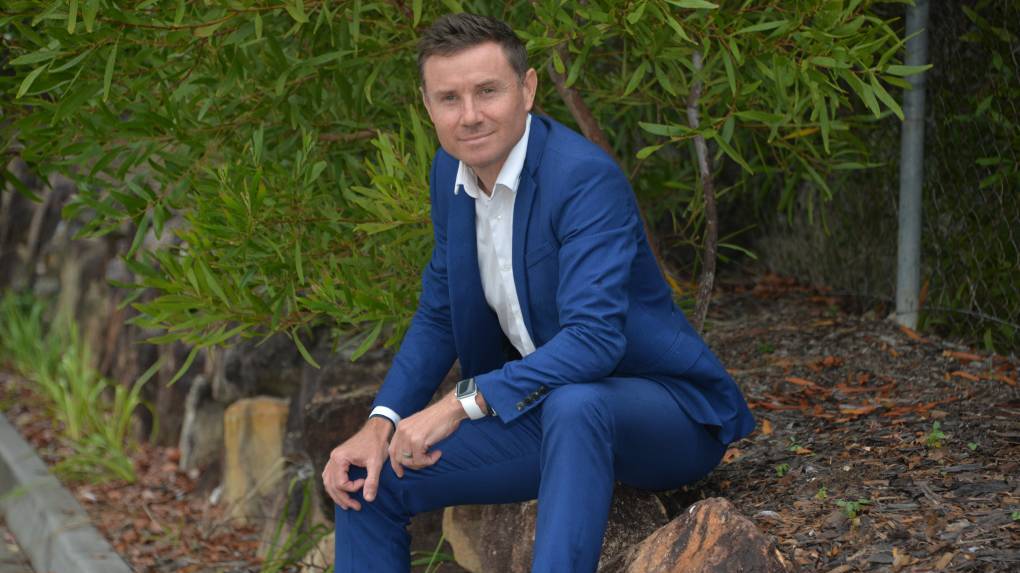 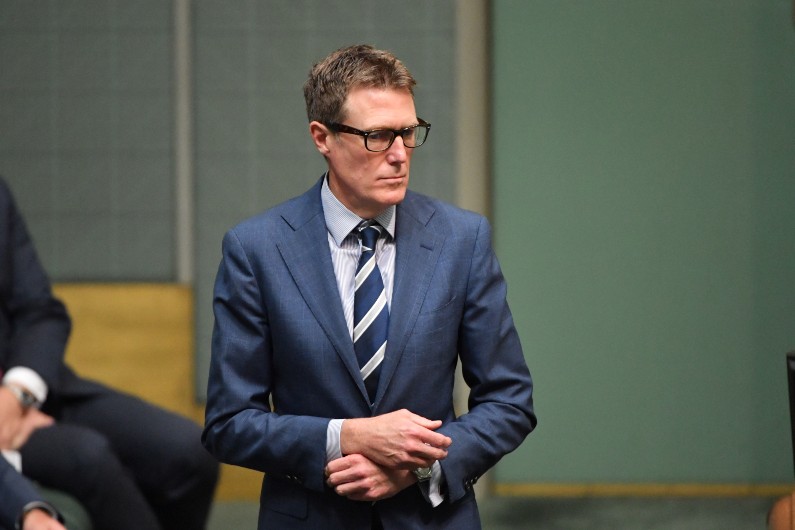 With pics like this it’s no wonder Reusa stays away from here :p

Last edited 1 year ago by Gouda
2

Labor even omitted immigration and parental visas from their election loss review.

Saving Plibersek etal seats is more important than the party.

Plibersek represents Labor and its supporters. Labor now represents the management class. Labor lost the support of the less educated ie working class. Yet all their supporters on Twitter were celebrating this fact. So much for a party that used to represent workers.

Although far more then than it does now, but you can say the same about the libs with about the same truthfullness.
Both parties move together and always have.
1970’s labor and libs have more in common policy wise with each other than either does with its modern counterpart.

Libs always were the business and wealthy party.

Plebs no longer have a party. That’s what’s changed.

Ideal for the elites to get everything they want, at the expense of the plebs.

Labor are a special kind of evil treasonous scum.

He initially maintained Whitlam’s levels of tax and spending, but real per-person tax and spending soon began to increase. He did manage to rein in inflation, which had soared under Whitlam

he did not carry out the radically conservative program that his political enemies had predicted, and that some of his followers wanted.

a firm supporter of multiculturalism and established a government-funded multilingual radio and television network, the Special Broadcasting Service (SBS),

So who is this describing? From which party?

Labor embraced neoliberalism so they have commonality with the LNP. Only difference is Labor has fully embraced wokeness whereas the LNP hasn’t. Given Labor’s primary vote is declining they will probably have to merge with another party.

Outside Sydney and Melbourne, Labor are like poison. Can’t see another party going near them.