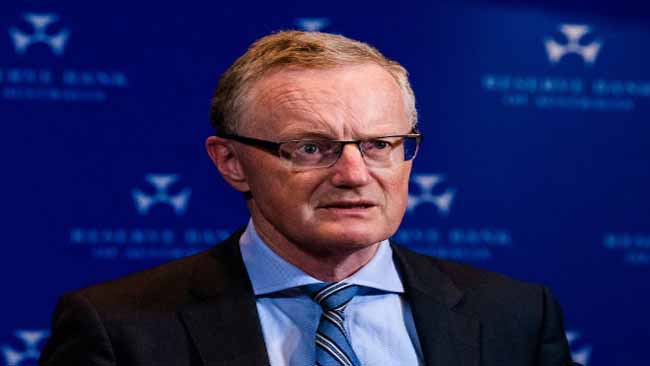 “The Reserve Bank of Australia will trial a digital currency in a “ring-fenced” pilot program as part of a collaborative research project into how it could be used by consumers and businesses that is set to last about a year.

Australia’s central bank has previously declared its interest in digital currency, which could be a digital equivalent of the dollar and rival privately minted cryptocurrencies, but the research project announced by the bank on Tuesday with the Digital Finance Cooperative Research Centre would focus on how such an asset could actually be used.”

This is also right after bank branches are being closed down across the country:

“Australia’s major banks will close 37 branches in coming months, with 182 staff to lose their jobs, according to the Finance Sector Union.

The Westpac Group will close 24 branches, CBA will close five and the NAB will close eight banks, the union says.

You can see the attempted cashless pivot coming with economic chaos right on the horizon. Just a ‘temporary’ permanent solution being piloted at the most coincidental time in history.

Record money printing the last 2.5 years has set us on course for currency destruction, especially as far as the USD is concerned. The only thing I’m genuinely interested in is Albo having another go at the $10,000 cash ban that was halted in the last parliament, not that voting matters anyhow.

I think bail-ins are also coming, it’s just a case of which Australian bank will fail first.

I’m sure this RBA ‘trial’ will only take two weeks to flatten your savings. Seeing how much of the Australian population bent over the last two years and said ‘govern me harder daddy’ they’ll welcome it with open arms.

From petrodollar to fed surveillance coin we go. Throw in your social credit/ESG score and that’s that.

it’s the criminals, silly, it’s them whom are impinging on our rights to cash – hence the protection from it.

If you ask me for my humble but strong opinion, cash should be banned as this would mean criminals will become cashless overnight and crime will stop. If it does not stop it, at least it will make criminals become cashless and even if this does not make them cashless, at least they will suffer slow down but if the crime does not slow down, at least criminals will have to pay taxes on all the ill gotten treasures.
see… no matters how one looks at it, it is a win-win

Agree in the bail ins after a bank fails. My money is on, not in, Westpac.

Westpac would be the first, but the other big banks would also be bailed in. The differences between their underwriting would not be that great.

Agenda 2030 on track in Australia. It will be implemented here without a whimper. 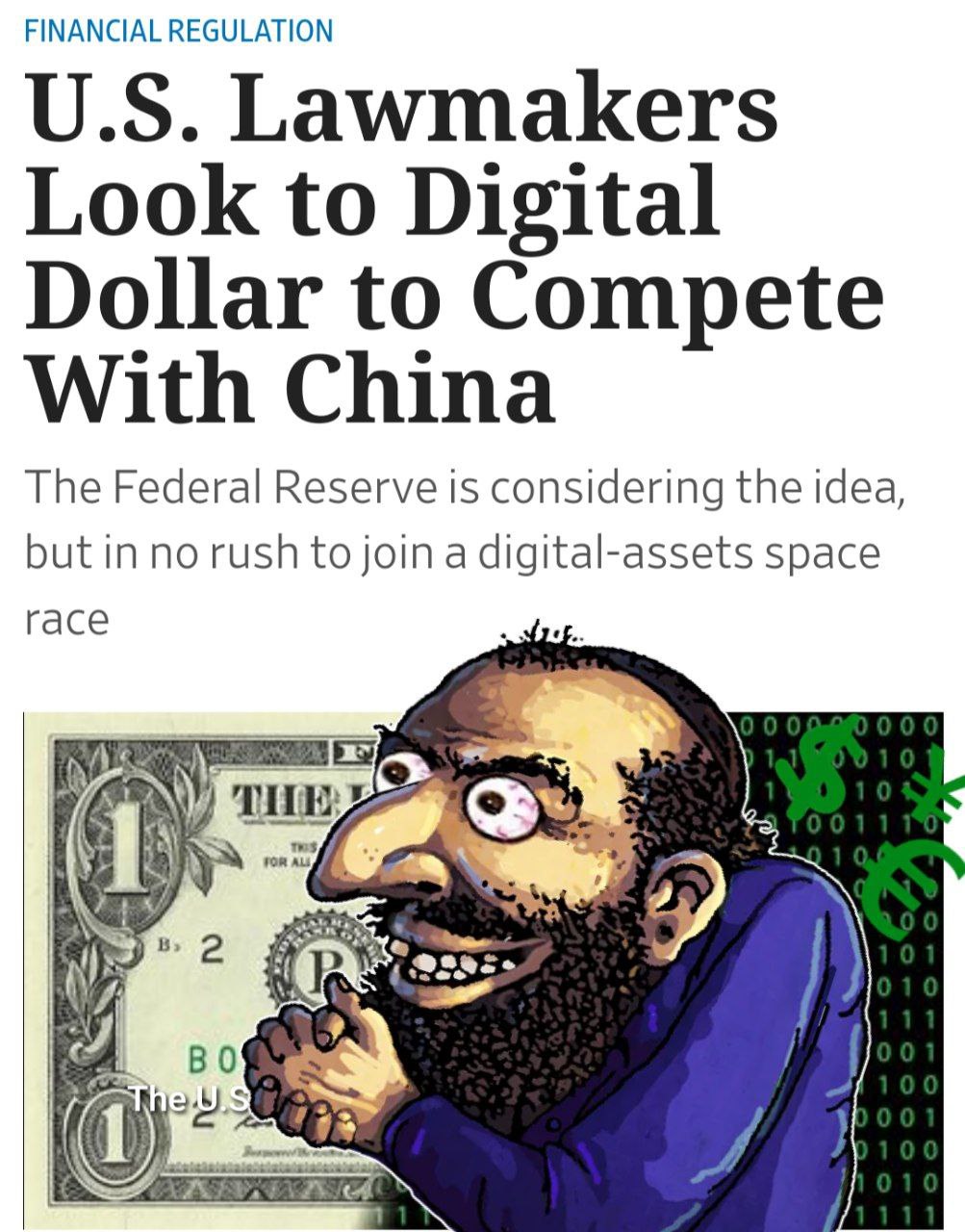 I’ll tell you who is hardest hit by this

it’s all the MB members who have hoarded multiple allotments of $250,000 that they have spent the last 14 years moving between ing, rabo, Macquarie, UBank, boq etc to get that 0.25% bonus interest

Last edited 5 months ago by Coming
2

I’m predicting house price rises despite all the hi interest rate doomers.
980,000 people on Aus Visa wait-list yet to be processed, rentals hard to get and rents going up.
Waiting for MB to trot out the old “There was a property bust in 1890 so it’ll happen again!1!! “

either they have been “ printing money “
OR
bail ins are coming

either they have been “ printing money “

why can’t it?
Other than because you say so.
(serious question).

one more genuine “why not?”

the way I see it it will be a bit of one and a lot of the other, a nice mixed salad.

I can see a case for bail ins being unlikely while you are printing money because presumably you would just print even more, bet even then it’s not a hard can’t be both.
Past printing of money on the other hand seems to have no direct impact at all.

I’m not expecting any actual justification of the statement though…

Not disagreeing. Just adding that Digital currency opens up other possibilities:

I agree with all this

But it isn’t for the purpose of bail-ins, and bail-ins are not even remotely on the horizon

In my opinion, all these features would be far preferable to the monetary system we have now where we allow private banks to dictate the flow of money to nonproductive enterprises, and then bail them out when they get in trouble

The gist of the main post is those holding cash are going to get royally screwed. You kind of agreed in your other post where you suggest those holding cash got screwed and could get screwed again. You don’t have to agree with the mechanism by which this happens. It is ultimately about trust in sound money policies that retain purchasing power.

With that in mind. Do you genuinely believe the RBA should be handed much more powerful tools that could be used to royally screw over savers?

My post was explicitly about bail-ins – which will not occur

A bail-in suggests a banking system where deposits would disappear, because a private bank is insolvent

the problem is the private banking system, not central banks per se

Those holding/hoarding cash are not really contributing anything to society

You are sounding like all the Keynesians on MB. If you remove the ability to save then what is left? Debt peonage?

you can “save” by “investing” in the means of production

One day when you feel unsafe both in and out of your home you will understand the consequences of financialising everything to the nth degree.

I used to work near Redfern station and had my car vandalised. When I reported to the police they gave me a funny look. It helped me realise the number of people in the area whose lives would probably improve by going to prison.

it is an inevitable effect of producing more than you consume

you can store work to some extent, but with inefficiencies and leakage as would be expected

Righto. Investment is usually defined as having an income stream derived from it. Investment in the means of production would then imply either own business making things, or shares in a company that makes things.

Shares are overvalued in my opinion, based on P/E, dividend yield and other fundamentals. Yes, I know that there are companies that are above and below average, but dividends at 4% and inflation at 7%+ it is a losing proposition.

So own business. Learn to code manufacture something and Bob’s your uncle! Only an average Joe doesn’t have the means to start anything, let alone compete with OS manufacturers, unless he invents a widget that nobody else makes. Average Joe also lacks the ability to analyse ASX to pick off best stocks, by the way, even the market gurus don’t get it right.

So this leaves what other options to invest in means of production? Invest in yourself, go from a barista to a tradie?

Investment can also involve capital gain, but this was always viewed as a bonus, not as a goal.

It is a lot more than your average Joe who cannot compete. I listened to an interview with Pippa Malmgrem where she was talking about her investment company who spent an absolute fortune on rights to Satellite images of farmlands all around the world. The images are fed into AI software that can determine the expected yields of various crops and then profit for futures mispricings.

It is no competition. You either have the resources to gain a competitive edge or you are essentially a passenger who might incidentally make some money.

When I look at the ASX which is essentially banks whom Coming wants to take away their private monopoly, or all the mining companies who are about the be crucified by renewable energies. All of course at the mercy of rising interest rates as well.

you can “save” by “investing” in the means of production

Blockchain currency is fully programmable, meaning they can control what you spend it on and when.

In comes time limited currency that must be spent within a timeframe and being blocked from spending it on anything the ruling class don’t want you to, and direct spending to who they want you to.

Beat me to it.

Way ahead of that. Multiple ways around that as well.

yes, I feel this way too.

Soon, speaking the factual truth will be against the law, if not at least popular opinion.

Agreed – This is merely a legal precedent, a beach head against the freedom of speech. They’ll be banning Pepe the Frog next.

You can tell this story is propaganda. The tiny subset of the far right that are interested in them are generally as fucking anti-social and degenerate as Anti-Fa.

They’ve admited as much – they are concerned with the symbolism that it is a gateway, as opposed to an evil eyed totem that no sane person would ever consider associating with.

FFS, you could once hire Nazi costumes and go to a party for a laugh. Today you’d be banned from all parties for life – you could only commit a greater offence by going as a black and white minstrel.

As I’ve said before Swastikas are counterproductive to the right wing narrative. The mainstream population have been psy-oped into seeing it as worse than a Pentagram.

Such is the conditioned programmed repellence to displays of a Swastika, the mere sight of one being openly displayed can delegitimize any legitimate event.

It has become such a powerful totem that it can used as a weapon to stifle any genuine debate or concerns.

It has been turned into a +100 Flaming Power Sword that is used and controlled NOT by the Right but the Left. They use it as a weapon to delegitimse through association, any legitimate discussion. When I ever see a Swastika displayed in public my thoughts are either insane loony, AntiFa or a Fed.

If it were not for the fact that I see this as a slippery slope attack, where it is only a beach head against other freedom of expression ideals, then I would actually be laughing. Banning the Swastika will rob the left of the power to use their magic sword to delegitimize any legitimate protest. 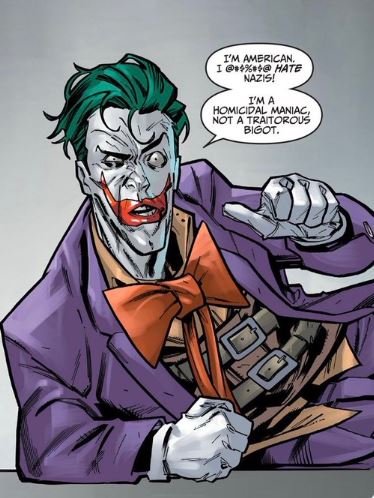 Well u know timbo is a complete retard by the numerous shitty posts he authors.

MN moment.
it pisses on Bleato and Llewdo’s lamenting over IR increases

Judobank has one year term deposits at 3.8%.
This’ll make up for me being bent over and raped grocery shopping today.
(no reach around)

You have to pay tax on that