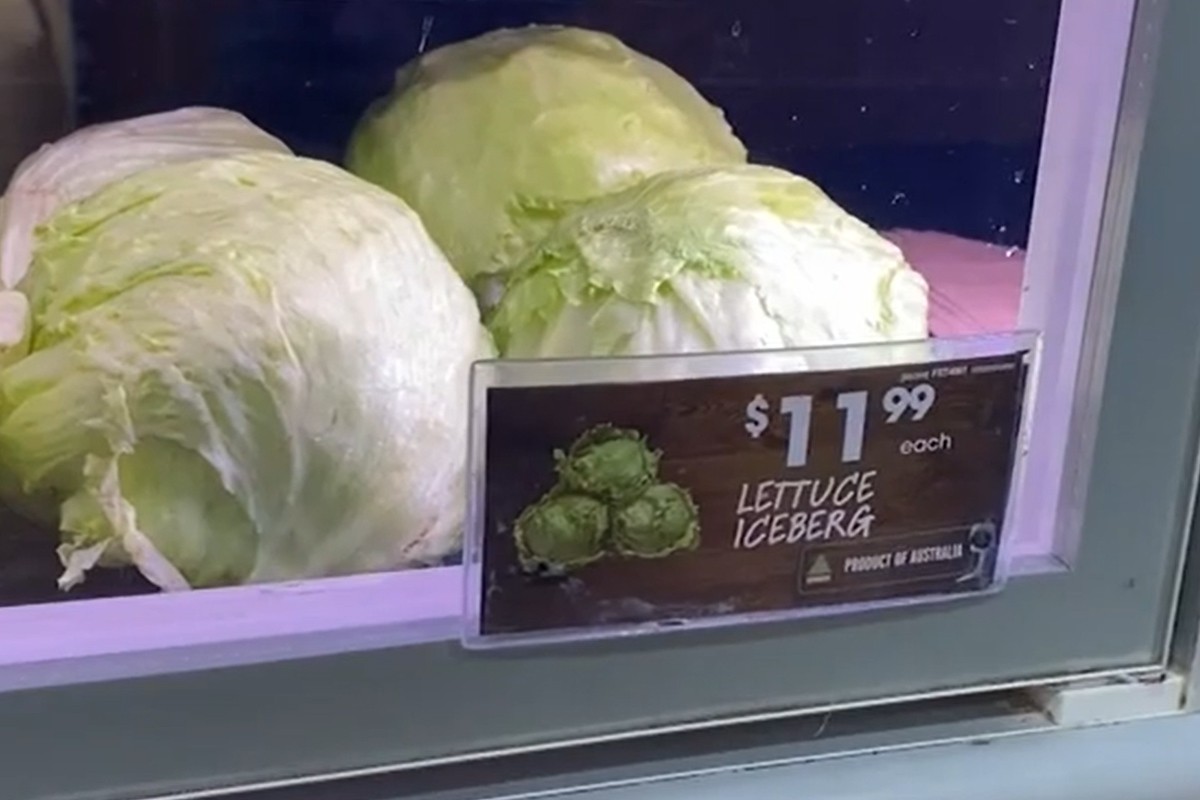 Anthony Albanese, Australian Prime Minister, just in the first month of his job, has already had to deal with a major crisis: shortages of lettuce.

“Clearly, the unprecedented floods in QLD and NSW are the direct result of horrible climate policy by the Liberal Government that also caused a significant increase in everyday cost of living, hitting school teachers, nurses and police officers, ordinary mums and dads the most”, Albo was quoted as saying.

“My government will prove that it can deal with this crisis head-on. I will bring before Cabinet a proposal to develop a Lettuce-Growers Code of Conduct that will prevent this from happening in the future. This important measure will be developed by the end of 2022, and potentially be expanded to include growers of other edible greenery and shrubbery by the end of 2024, securing the right of all Australians to a familiar taste of a burger and a sub sandwich.

Furthermore, to battle climate change, we need to look at alternative ways to produce sufficient quantities of fertilizer to ensure our food supply for years to come. With the restricted supply of foreign-produced fertilizer and natural gas used in its production, we need to look at innovative ways to secure our future. Australia does not produce enough natural gas for domestic consumption, so we need to revert to organic sources of fertilizer. My Government, in close consultation with the Greens, has ruled out increasing cattle herds, as this will certainly lead to increased levels of methane, contributing to further detrimental effects for climate in our country and around the world.

I have asked the Hon Senator Penny Wong, Foreign Minister, and Andrew Giles, MP, Minister for Immigration, Citizenship and Multicultural Affairs, to expedite the review of the pathways that can be used to attract a large cohort of skilled workers to Australia so we can rely on a steady supply of the organically-sourced fertilizer. A lot of work has already been done to identify cultures that excel in this area, and I expect that 200,000 of these skilled workers can arrive in the next three months, primarily to important rural agricultural areas of Sydney and Melbourne.

I want to assure the Australian public, who have entrusted me with your vote on the 21st of May, that the Lettuce-Growers Code of Conduct remains the highest priority for my Government. Upon successful completion of this important task, my Government will direct its full efforts to other campaign commitments, such as the Federal ICAC.”

People only have themselves to blame for not buying a house and growing their own vegetables.

This is a war against middle-aged white men who are the only ones still eating Iceberg lettuce.

Interesting to find out how much lettuce we export.

Farmers with their hands out in times of drought and other hardship, to then sell to the highest bidder.

Like with everything else, you will find that the farmers are locked into fix price contracts with ColesWorths who will not pay more in spite of the increase in production costs, so the farmers bail out the contracts and are dumping the lettuce rather than paying the cost of getting it to market. The same happens with bananas and many other fruit and veg grown. Lettuce is still $2 at the local fruit and veg shop, it is just that they pay the farmer $1 instead of 20c for a lettuce.

Either way, consumers are being ripped because our politicians are globalist FW’s.

Ripping consumers is a KPI in the EZFKA

so the farmers bail out the contracts and are dumping the lettuce rather than paying the cost of getting it to market. The same happens with bananas and many other fruit and veg grown. Lettuce is still $2 at the local fruit and veg shop, it is just that they pay the farmer $1 instead of 20c for a lettuce.

im not quite following this RLM. Is it something like

Because the is a shortage at ColesWorths so they can rinse the consumer, same as when the cyclones hit a few years back and bananas were super expensive, but you could still buy them in N-QLD for the same price that they were, it was just because there was a shortage of the “quality” of banana that ColesWorths wanted that they could push the price up even though they were still paying the same to the farmers.

It is just EZFKA at it’s finest

Anything of any value is sold to the highest bidder. It is the EZFKA way. Just look at our strategic assets (farmland, ports, transmission lines etc,) in foreign hands.

A while back I had a friend send me a pic of a $14 watermelon over in the states. I thought yeah that’s pretty average but living in EZFKA I’m used to being ripped off. But $12 for a fucking iceberg lettuce is peak EZFKA.

Also who is fucking buying them at $12?? I’m assuming they are charging that because they are still selling.

Lettuce doesn’t really keep well (ie looking saleable) beyond about 10 days, so if we are still seeing these prices in 2 weeks, then it’s being bought.

if these prices are being rejected, they’ll have to dump the lettuces within a few weeks

Dump the lettuces rather than lower the cost? Doesn’t make sense. Someones buying them. KFC has replaced lettuce with cabbage, even the local kebab joint is using mixed stuff to overcome the great lettuce crisis.

Avos are a dollar though! We are living in some kind of parallel universe for sure.

Dump the lettuces rather than lower the cost? Doesn’t make sense.

Yessum, thats what I mean. They can’t just let them sit there indefinitely. It’s not property.

I don’t think there will be too many takers and they’ll have to drop the prices as they’re perishable goods. Remember a few weeks ago seeing some spuds at $4/kg, now on sale at $1/kg.

We need to give it a week or two to see how it will play out.

I think you’re right and the prices/sellers will crack.

Some people can’t bring themselves to go without.

I’m not so fixated on any particular vegetable or cut of meat enough to not substitute it with something else if the are taking the piss with their prices.

Ah, you are the hedonistic substituter that the ABS loves so much.

out with the lettuce, in with the lawn clippings*! Ain’t no inflation here.

*
that’s for the good looking homeowner with the lawn. the looser renter can scrape some of the green mould off the damp wall
Last edited 26 days ago by Peachy
0
Reply

A hedonist would say ‘fuck it’ and buy the gold plated lettuce.
Aussie Soy Boy should be described as ‘thrifty’,’cheap’, ‘miserly’ or just plain old ‘stingey bastard’ substituter.
Btw, Woolies had $30 watermelons a few weeks back.

Yes, niggardly and ‘mean’ are good descriptors as well.
At the risk of ending up on a watch list, I’d like to add that Soy Boy’s behavior resembles that of Dead Sea Pedestrians.

Except for avocados, Shirley? These are non-negotiable.