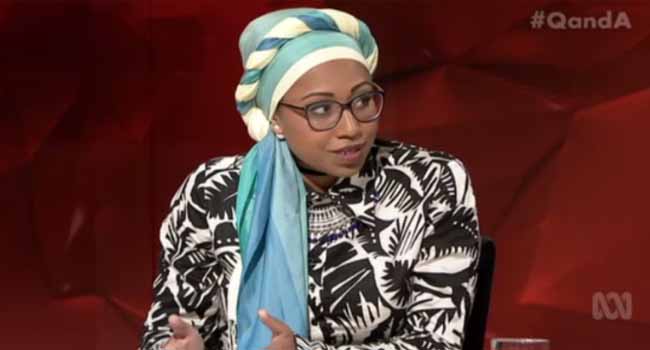 Almost the entire population of EZFKA have signed a government petition requesting the Department of Home Affairs revoke Yasmin Abdel-Magied’s Australian citizenship after she said she was considering doing so.

The petition, launched by the Get The Fuck Out Then Association, sprung up in response to Abdel-Magied’s recent claim that she ‘never considered herself Australian’ and that it wasn’t just an attention-seeking grab for relevance.

“At the end of the day, she’s just another paper Australian and race grifter who spent 99% of the time lecturing the country that gave her an opportunity about what it apparently still owed her,” a spokesman said.

“No-one wants her here, but she’ll do the exact same thing in the UK. She’s never going back to Sudan to improve that country because that would require actual sacrifice and hard work, but she’ll use her heritage to tell you how bad she’s got it from the comfort of a western country.”

Alan Joyce. Oh if only we could be rid of that poisonous dwarf.

I will give for her one goat or donkey.

Where and when can said goat be collected?

Aha! my friend I am wise to your deceptions. I bargain only with her the gap tooth Yasamina

Better move to the good ol’ USA! 40 acres and a mule used to be the promise.

Would happily stone this bitch in celebration of the most feminist religion.

I don’t know who she is. Why are we even talking about her? Has she done anything that matters to anyone? If not, she’s just a talking head brought on to the ABC to drive some agenda. Not interested.