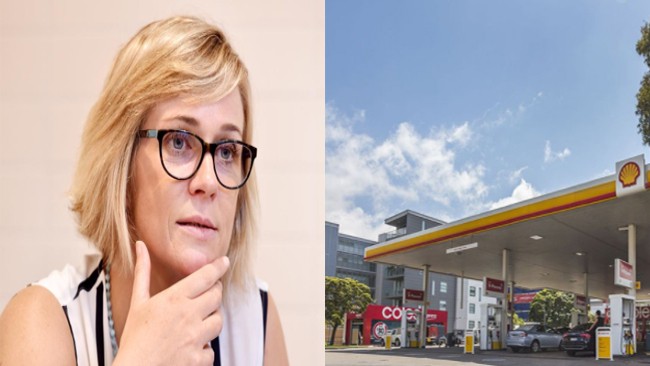 Independent MP Zali Steggall has told a working-class Western Sydney man struggling to fill up his work vehicle to ‘just buy an electric car’ at a local petrol station.

Steggall, who had somehow ventured outside the North Shore, told a tradesman who was upset at rising petrol prices that he should ‘go electric and stop complaining’, from the passenger seat of her government vehicle while at a Penrith service station.

“It’s grossly irresponsible for people like yourself to be driving ICE vehicles as we have to think of the greater good and the climate. You brought this on yourself and have no right to complain,” Steggall was overheard saying to the man.

“If a well off, north shore lawyer like myself can have a spare $50-100k lying around for a Tesla then anyone can. There’s no excuse, we all have to do our part.”

Albo has just announced subsidies for EVs. Labor doing their bit to help out the battlers who drive around in these things.

How they reconcile that with their luxury car tax from Rudd I’ll never know but you don’t really need to in EZFKA.

Zali and the other elite woke idiot Independents are full of shit.

Last edited 2 months ago by Totes
0

My favourite is that Simon Holmes A court fuckstick.

Comes from one of the wealthiest families in WA and wants everyone else to shell out for a Tesla.

Yep, he is a dick, along with Brookes.

Those links above are excellent BTW as a bit of a shock to the renewable Nazis.

Degrowth is the rich and powerful and their sycophants telling everyone else to stop breeding and die.

Kimberly Kaching! has died suddenly, just like that other dumb bastard Warne. Same age as well.
Get the jab, wind up on a slab.

A fly in your ointment
Reply to  Lionel Tiger

A federal senator has used parliamentary privilege to suggest a prominent Chinese-Australian political donor is the mysterious “puppeteer” behind a thwarted foreign interference plot to back political candidates in the next election.

Mr Zhao, a former Liberal Party member, became the subject of intense scrutiny in September 2019 when it was confirmed he had told ASIO that a suspected Chinese spy and Melbourne businessman, Brian Chen, had offered him $1 million to run for the Australian Parliament.

Its a terrible loss for the nation. I don’t know how we’ll be able to carry on.

Me. The numbers are running hot.

Made me chuckle for hours after…