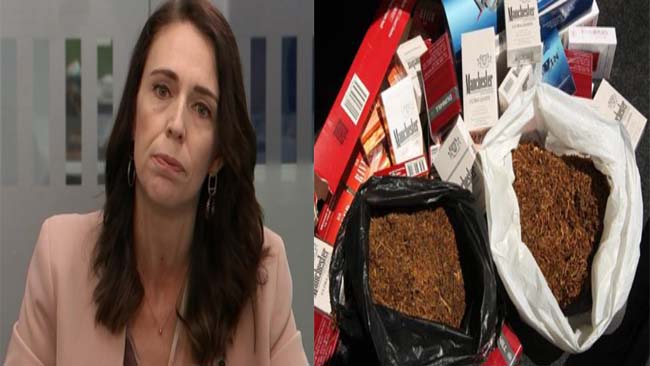 The ban, announced last week, has been heralded as a complete breakthrough for organised crime groups across NZ and their bottom lines.

“Tobacco bans have been such a smashing success in Australia and the public health bureaucrats there have really led the way. If 1930’s USA was any indication then it should be a complete success here too,” a spokesperson said.

‘We agree with Jacina that it’s all about empathy and compassion and no unintended, historically documented consequences.’

Don’t worry, boomers are exempt from the ban.

They are likely in cahoots with the criminal syndicates. Definitely on the take. 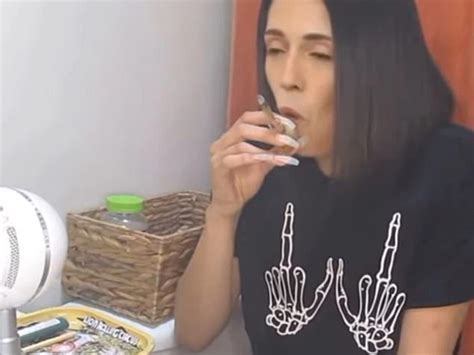 yeah. definitely an addict not surprised. probably a pre requisite for getting backing from the cabal to be honest.

i remember how the mb losers were so excited when she won the election.

i remember how the mb losers were so excited when she won the election.

oh yeah, that was comedy gold. It was 105% guaranteed to turn out NOT how they had hoped and so it did.

The MB losers never learn. Remember them praising her for the immigration review and look what happened. BAU

Now, Albo is talking about changing the mix and they all fall for it. It will be like Gillards big Australia that she stated she was against.

plus discarded cigarette butts on the ground

but that’s not the thought bubble that she’s floating.

she’s just saying that the age to purchase will be jacked up over time, so young people can’t buy baccy. …even as they get older.

I actually half-think that this might be a move to boost the deposit power of youngins in EZFKNZ, so that house prices can continue to cruise along nicely.

It would be to do with spiraling healthcare costs.

This is actually a major issue going forward. The Libertarian answer would be to not publicly cover the healthcare costs of smoker. Then you still have the issue of the health of passive smokers. I personally don’t want us to become like USA where older people cannot afford private health insurance, and many forced to choose between death or selling their homes to receive treatment.

On the point of passive smoking. I had to move out of my old apartment last year. During lockdown every fucker started smoking from home. My lungs were so inflamed from inhaling smoke 24×7 that I was fearing for my life. Even though it is against the law to let smoke waft into other apartments the Body corporate couldn’t do anything about it.

The NHMRC sponsored a large study a decade ago, which demonstrated that smoking is at worst net-neutral if not positive for government spending

Its because the health costs are offset by reduced pension and other payments
Smokers tend to die around 60-70 which is retirement age, so its a huge saving not having to support them to 80-90 instead

And its mainly poor people who smoke, who would have otherwise been pension eligible

Then what is the motivation to do it?

👏🏽👏🏽👏🏽👏🏽
if nothing else, this will generate more room for rents to rise nicely to help backfill the capital values.

to get a steady source of bribe money from the mob?

Any long term consequences mean nothing to a government on a 3 year election cycle.

They are career politicians. Their masters also work on much longer timeframes.

They are career politicians. Their masters also work on much longer timeframes.

A career politician spends most of their career backstabbing and deal making climbing up the greased pole. When they get to the top they spend a very short time trying to avoid doing anything with any negative short term consequences resulting in them being easier to backstab, and then their career is done.
﻿
Their masters have no care for the health of the plebs or the cost of their healthcare into the future, unless they can get to ticket clip.

she’s just saying that the age to purchase will be jacked up over time, so young people can’t buy baccy. …even as they get older.

And who exactly is going to enforce that? Are they going to ask 35 year olds for ID to buy a pack of ciggys? It’s not like the 18yo restrictions on smoking and alcohol are massively effective anyway.

And who exactly is going to enforce that? Are they going to ask 35 year olds for ID to buy a pack of ciggys?

it’s going to be one of those laws enforced only occasionally , for political purposes.

it’s good planning for the future.

10 years from now say you’re an up-and-comer [maybe a NZ Jordies] and you’ve done something the government doesn’t like and need to be punished. You can be quickly hauled up on charges of underage tobacco purchase (because the NZ spooks will have kompromat on file such as pictures of you smoking, then they’ll pull your bank records and your flybuys purchase history to find more evidence). Much easier than concocting terrorism or sedition charges or whatever.

We will very quickly go from, contact tracing qr code scanning, to scan item pay, then to, take item you’ve been pay scanned.

Better add, I reckon this will happen. Unless the 4th world war really is fought with sticks and stones.

I once thought that smoking will become the only pleasure the poor, and the sometimes working class, are able to afford. Until it was my turn to walk to the servo to buy a pack of smokes for the mull mix.

The mull was mixxed, the J’s where rolled. The smoke was rough, and then came the first complaint.

at these prices for tobacco, could it be cheaper to puff on pure mull, rather than mixing?

Was discussing that with mull-mate. Mull on it’s own feels like it burns hot, burns faster, and unevenly. Tobacco seams to stabilise the burn. The best is rollie tobacco cut into small shreds, and sprinkled in with the pot. Bit cheaper and tastes better than darts do.

That mull mix stuff sold in tobacco shops, I reckon burns hot too.

What about oregano or something like that from the supermarket?

im sure there’s forums/communities where this sort of stuff has been well researched and documented!