A man in the EZFKA city of Melbourne has demanded lockdowns end, after a new wave of restrictions has begun to directly impact him.

Chris Van Cleef, 41, has vented on Twitter about the overly harsh restrictions, despite months of bullying and shaming those who wouldn’t ‘abide by the rules.’

“Mate, I’m all for shutting down everyone else’s work and source of income, but closing the parks down so I can’t get the kids out of the house while I’m working form home is a bridge too far. Sack Andrews now!”

Van Cleef stated he would be joining the protests next time and he would be demanding compensation for time spent with his children.

Is Leitho still complaining about the parks?

yeah stop everyone working, cut everyone’s freedoms, lock everyone in their houses, print money like there’s no tomorrow…
but take away the right for me to go to the local park?!?!?! NEVER!!!

Gives him something to pontificate about. Most of the parks on the weekend were full of people playing soccer, socialising and exercising.

I get the impression from afar that the rules are not being as adhered to both in Melbourne and Sydney as they had been in previous lockdowns. Is that accurate?

yeah what’s the scoop on this

Last year, people were pretty obedient and few pushed the boundaries. However, this year people have tired of the rules and the privileges given to the elites or well connected. This time last year, traffic was next to non existent but this year traffic is lighter than pre lockdown, but not as much as they probably like. People are pushing the social aspect too. So, yes pretty accurate.

but trust us, it isn’t caused by the vaccine

trust the science you bigots

So, after you take the jab, your brain/nervous system can get a bit fried?

sounds like everything is all going according to plan

Victor Dominello MP and now Richard Marles both have Bells Palsy from the jab.

At least we know the vax side effects are apolitical.

Just a coincidence they’ll say much like the blood clots, and the strokes and heart attacks.

Have you ever heard of two politicians having Bells Palsy, let alone at the same time?

How is their left-right situation? Aligned with political leaning or not?

It’s amazing how coincidental that is.

LOL this is most of Melbourne

no detail
no information given

exactly what I’ve been saying : the escalating number of “hospitalised cases” were already in hospital before they caught Covid
and catching Covid hasn’t made a lick of difference in most cases

Greg Abbott, the governor of Texas, tested positive a few days ago despite being fully vaccinated

From a recent issue of The Lancet,:

“The risk of developing facial paralysis could be two to three times higher in individuals receiving mRNA vaccines than in those receiving traditional vaccines. These findings should be considered when selecting a vaccine for patients with a history of Bell’s palsy.”

Nah mate trust the science. Wear your masks, eat the bugs and live in the pod.

So it appears that the success of ivermectin in India is being suppressed, do we still believe that this is about health and not control and money

duckduckgo BTW for the search

Don’t know if this is legit or someone’s skilful satire: 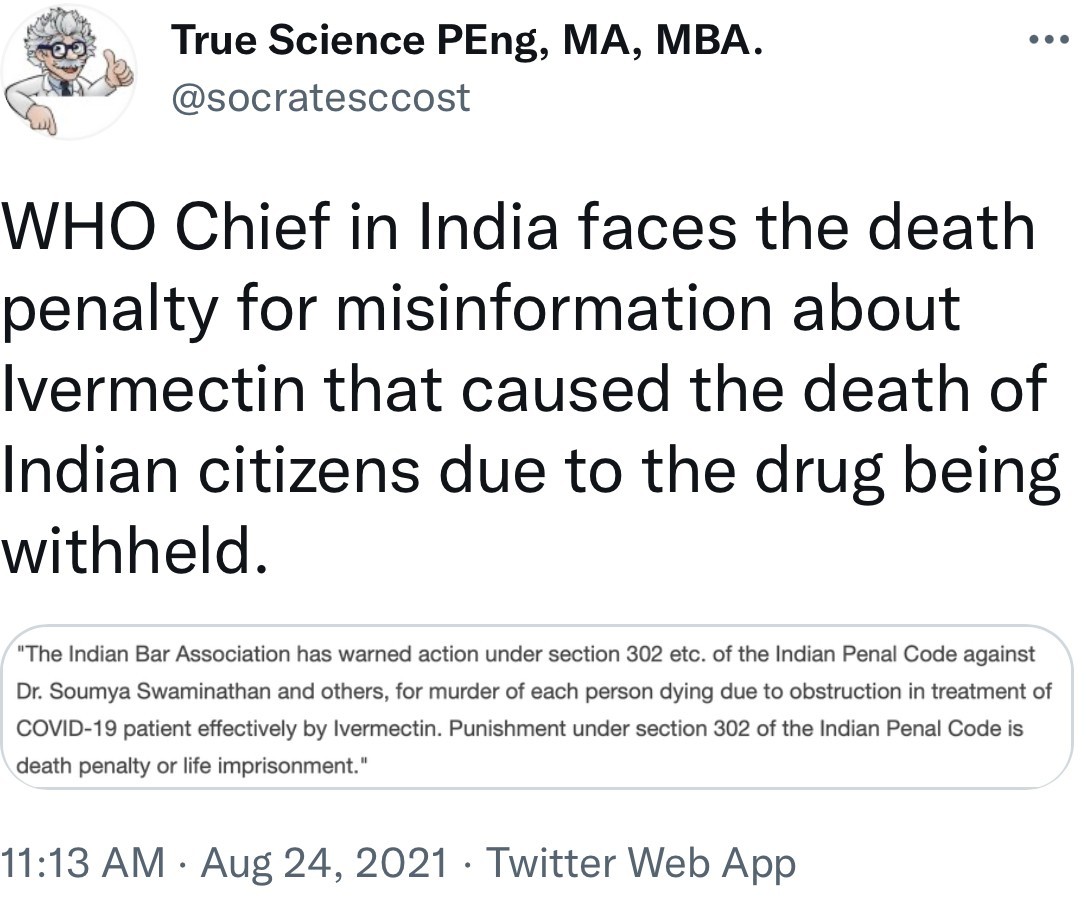