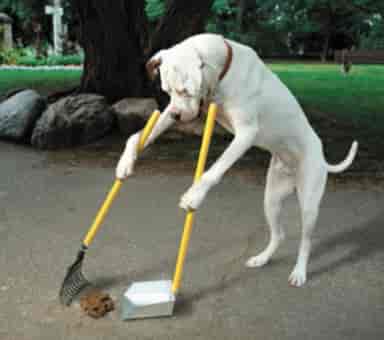 A Freedom of Information request has revealed that 95% of the calls to the COVID dob in line in NSW were to report Chief Health Officer Dr Kerry Chant, on the basis of being full of shit.

The FOI data, revealed by Smith and Jones Lawyers, showed that the NSW Police hotline was flooded with people reporting on the Chief Health Officer and that her so-called health advice was “pure, unadulterated globalist bullshit.”

The other 5% were from middle class white women in the public sector, snitching on their neighbours on the north shore.

“Look, we like to get up here and give all the threats and make it look like we’re turning the community against each other, obviously that has backfired,” Fuller said.

“But we’ll be out in force again this weekend closing small businesses down, don’t you worry about that.”

Dr Chant did not respond to the findings and was waiting on the “best health advice” from the World Economic Forum before commenting.

Does anyone actually know where the health advice comes from? It’s referred to without any reference of evidence.

It comes from the daily discussions of our politicians, there is no scientific evidence.

Just trust them, in the same press conference they said a 38yo was 30 they assured us the statistics were in on effectiveness of vaxs and it is “VERY” good.

This indicates they think the actual number and any remotely plausible twisting of it is not likely to improve vax rates which is their primary goal, or it simply doesn’t exist which would be much worse.

What a surprise, in todays media show where we are given the exact number of tests, cases deaths and. whatever else, the effectiveness of vax has been upgraded from “very good” to “Enormous benefit”

It’s such a joke. The rules aren’t working because they won’t enforce them in these jimmy grant suburbs. And probably part of the plan to push vaccines which is suddenly our only way out.

They will never work while huge numbers of people have exemptions. In what world is construction so essential it can’t wait 4 weeks.
Long term they won’t work no matter what.

“ In what world is construction so essential it can’t wait 4 weeks.”

one that is in a tradieocracy

More accurately a developerocracy.
The exemption is specifically for sites that are not occupied.

And as some further info on the quality of the “health advice” for gladys,
a month or so ago it was we never need a lockdown again in nsw.
https://www.dailymail.co.uk/news/article-9727787/How-Gladys-Berejiklian-promised-NSW-NEVER-lockdown-just-four-weeks-ago.html

Funny how the experts had no idea we could possibly have a few cases, isn’t it? It’s like they are lawyers, not doctors or something.

But that was before they decided we all had to be coerced into vaccines. Today, direct from NSW Health:

“Premier Gladys Berejiklian said higher vaccination rates and following the health orders are the only way to guarantee the further easing of restrictions.”

In other words this lockdown isn’t ending until we’re all jabbed.

Sweet. The value of Robert2013’s political stance has just strengthened!

I read it as we can avoid questioning on policies until that happens,
with an added bonus of increased incentive to get vaxed.
Even 100% vax won’t keep cases below current levels without restrictions so they won’t end then anyway.

edit:
Alternately this makes a good case all gladys cares about is her reputation as the champion of covid, any anything else is secondary.

Interesting that massive protests in Paris and France against COVID related restrictions got absolutely no airplay in Australian press.

It does not fit the narrative, just like the riots in South Africa, only after a week of riots and looting did they have a 20 second mention on the news, doing their best to gaslight it such that it was some kind of freedom protest in the name of Mandela rather than the jailing of a corrupt leader.

A lot of info is coming from her pimp, the migration agent who for some reason is also her bestie. Obvious conflict of interest, wants vaccines and open borders back, ignore.

Last contact with her cousin was 6 weeks ago, apparently she really wanted to get vaccinated. Well since then AZ has been available to anyone who wants it so did she get it or not?

Was treated in hospital for thrombosis in both legs, hate to point out the obvious connection to clotting here.

No underlying medical conditions or family history, but 5 years ago had to rush back to Brazil when her mother dropped dead from respiratory arrest.

yo gotta sauce on this i want more deets 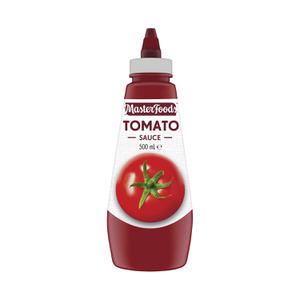 I got the sauce don’t worry:

There is barely anything in that article about teh covid- was it even a factor?

This is hilarious. Her brother doesn’t believe she was vaccinated because she was too young. As if they don’t know. This is a straight up AZ death that they are covering up.

What a fuck you to country NSW. Taking their Pfizer vaccines to give to kids in the jimmy grants suburbs where they refuse to follow the lockdown laws.

And again, regardless of your stance on lockdown laws, how can they not be charging anyone from attending this 50 person gathering? 3 Aussie blokes get together for a backyard beer in a safe suburb? Fines. 45 positive cases from a 50 person gathering spreading to how many total cases in the community, no worries mate, can’t be racist! This woke enforcement bullshit is going to keep us in lockdown until summer.

fankly it fits the big fuck you country NSW gives the city saying they should lock down while the country doesn’t have to.

Yes, yes. The ability of the COVID to generate division between the EZFKA units is tremendous.

what an absolute bonzer boon for the EZFKA elite. 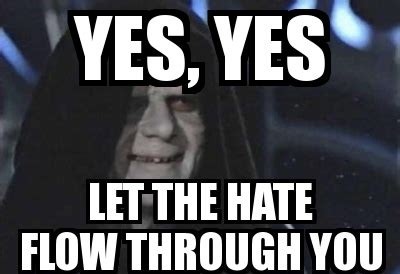 lol, the country really don’t need any vax’s while the city is being forced to lockdown at a few cases.

So not quite hate on my end, maybe hyperbole.

Not having a go at you or the canuck personally.

just observing that teh covid is a great source of division.

The elite do love a good pantomime

Exactly. The neighborhood Karens are hilariously blaming the Eastern Suburbs for the lockdown even though they got it under control pretty quickly, ignoring completely the fact it didn’t explode until the jimmy grants got involved. Typical upper middle class white women thinking.

Population density probably has a lot to play too. But no one is publicly going to state that. Just look at the outbreaks, when they occur in Melbourne, lockdown occurs for two weeks and several dozen infected. Same circumstances in Brisbane and they only barely achieve double figures with a four day lockdown.

No one wants to agree with me but other respiratory disease’s are very weather dependant.

I don’t disagree with you about weather dependency. Cases in the US and Europe peaked in winter.

EZFKA is quickly becoming my favourite to go to satire/not satire site.

I feel sorry for the guy actually. I know a couple people who have dug themselves a hole gambling money that is not theirs.

Alex also not you standard Crypto fanboi as his mistake seems to be shorting bitcoin at the wrong time.

Last edited 1 year ago by Freddy
1

Not really aware of him before today. I just can’t bring myself to trade in a rigged game so I don’t follow any trading style crypto promotors, purely tech guys. I lost interest in tracking a lot of the day to day flux and trading in cryptos when I became a maximalist. Personally I think 90% of the crypto “industry” is corrupt gambling and 9% vaporware.

From the sound of the various articles he sounds like some dued who got in over is head, had access to other people’s funds but lacked the processes, controls or will power to keep his funds separate from those who entrusted their coins with him.

The guys they are quoting in the article ‘The peak blockchain industry body Blockchain Australia’ are a load of self promoting muppets like Chloe White… for instance they have ‘Binance Australia’ listed as a member. This Saunders fellow was a board member back in 2019.

Blockchain Australia are focused on promoting the ‘crypto industry’ not the technology, which is all basically the same.

hey stewie – do you know anything about the Evergrande-Tether link?

Would love an article on that if you are at a loose end!

Nothing to say there – the idea that actual real USD to the sum of $30bn actually left the Crypto ‘economy’ and were used to purchase Chinese CP without causing the price of the entire complex to completely implode, is totally preposterous.

IMHO the rumour is being circulated to help create the belief that the crypto economy is actually much more influential and substantial than it actually is, and is actually capable of supporting that sort of withdrawal of real liquidity.

So, Stewie, what exactly do you mean when you say that you have become a crypto maximalist?

I went researching the term and found this: https://hackernoon.com/the-definitive-guide-to-becoming-a-crypto-maximalist-82b64d02c707

Am I on the right track?

LOL – yeah but mine is the real one 😉

In truth Peachy I was always a maximalist – I was interested in BitCoin back in 2012 when it could do all this cool stuff.

The day I lost interest in it was when I got around to actually read the what their proposal to introduce Segregated Witness in order to “solve” scaling issues entailed. I remember it because it was the dumbest thing I’d read – it actually made me angry.

Then for a brief period while Bitcoin was hamstrung I dallied in other crypto technologies, UNTIL it looked like BitCoin was at last moving in the direction that it always should have been, first under BCH then BSV. Simples – the protocol stayed the same, not the ticker.

Which leads to the question, “Why would anyone try to deliberately derail BitCoin and limit its potential?”

I was interested in BitCoin back in 2012 when it could do all this cool stuff.

ah, those were the days!

(I’ve read the link by the way. It’s interesting, but I’m not picking one side or the other)

It was only to say, that once Bitcoin had goals higher than just being a store of value. Those were the days before Bitcoin Core took control of and changed the narrative.

If only we could dob in our political elite. They keep on going about no risk and virus elimination yet operate in low to medium risk settings. Then everyone gets surprised that they are locked down.
In Victoria earlier this year, they told us to get tested if we have a sniffle cause we worked so hard to get where we were. So the government lets in hundreds of tennis players from the worse affected nations. Our elite love the tennis, but it is pretty scummy putting the community at risk for their viewing pleasure.
QLD made a no risk person from Bendigo stay in hotel quarantine and he got infected and locked down three capitals. Once again, the mirage of no risk in a low to medium risk setting.
I could go on, but you get the idea.
All of these settings are by design and fit in with the EZFKA framework.