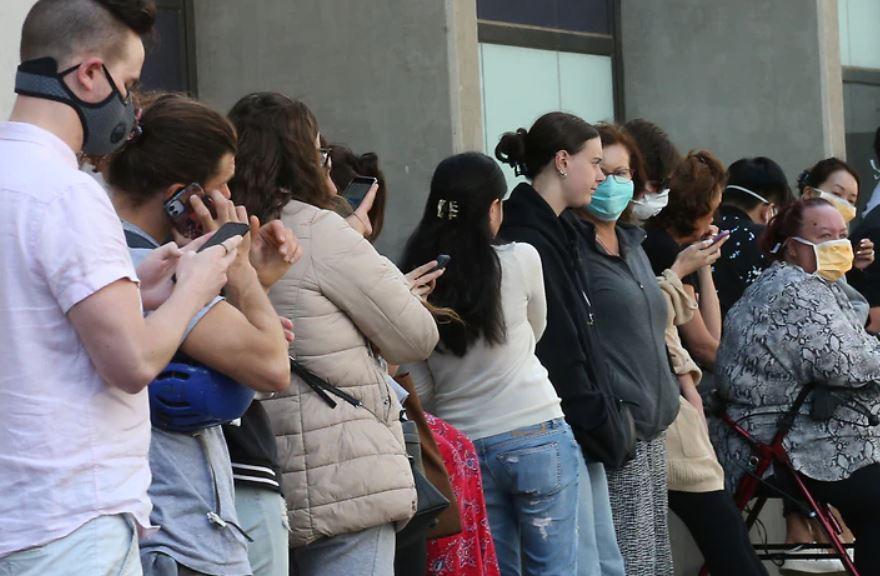 A breakthrough study in the Economic Zone Formerly Known As Australia has found that everyone who has already taken an experimental vaccine believing they were going to get their freedoms back, are chronic dumb shits.

The study, conducted by the Institute for Based Australians, has also confirmed that the average IQ in Australia has dropped at least 20 points in the last five years and almost none of the 2 million plus vaccinated are ‘familiar with the concept of history.’

With the country still locked down and with vaccine passports and social credit scores on the way, experts said the findings of the study were concerning.

“What we’ve found is that almost no-one has taken the vaccine because they were concerned about COVID. Most people are taking it because they felt demoralised and thought they were going to ‘get their freedoms back’ or they ‘wanted to go travelling.’ But they made sure they told all their mates it was for the ‘greater good’ because they feared social disapproval otherwise,” Dr Ray Gunner said.

“It has conclusively shown that Australians will trade absolutely every last bit of freedom won by previous generations for any little bit of modern comfort or convenience, for example going on a cruise, shopping or watching sportsball. If house prices are ever tied in some way to getting the jab, then watch this space.”

“It’s like they’ve never read a history book in their lives, unless of course it’s the history of house prices in their suburb.”

Melbourne local Davo, 31, echoed the sentiments of the study.

“Mate, I did everything they bloody asked. I’m even booked in 6 months in advance for the monthly Pfizer booster when they become mandatory next year. So, when do I get to go to bloody Thailand again? They said they give the freedoms back, so where are they?”

“This is great news for the World Economic Forum. Although I’ll still be turning the vaccinated on the unvaccinated, Australia has proven a vital testing ground for Operation Lockstep. I’m confident that the controlled demolition of the middle class through lockdowns can continue and that Australia can remain a beacon of freedom and democracy, in the face of the threat of Communist China.”

Most people are getting it out of convenience. Nothing to do with health.

I’m the inverse of that. I’m not getting it but not because of vaccine fears primarily. I want the borders to stay closed for longer.

It will not affect it at all.
When they’re ready to sell the “open the borders to recover” it will be proclaimed that 82% of population has vaxed and no one will check it for accuracy. In real life this could be 50% or less, easily

Last edited 1 year ago by DJE᳆KA
3

The vaxx numbers in my opinion are bullshit worldwide. They lied about cases so it’s natural they’re lying about this. My hypothesis is the reason they’ve gone so aggressive with vaccine passports in last few weeks is that people are actively refusing it.

Anecdotally I drove past two of them on my way to work in Melbourne every day. Usually deserted. Make of that what you will.

Drove past two of whom?

Which makes the MB crowds position even more retsrded. Borders are finally shut but DLS and the commentariat are all spruiking vaccines like a real estate agent and an apartment.

Logically the position is to refuse on immigration alone but whatever.

They certainly don’t do logical…

I keep telling people that borders will be opened post federal election. Both sides want the floodgates open and only differ in the composition of migrants.

Did anyone else get the letter from Clive Palmer about vaccines in their letter box today? It was black print on yellow paper and you had to tear it open to read it. I quite enjoyed it. Clive was angry about the gov giving pharma indemnity for vaccine injuries.

Hence the falsehood of the term Vax, instead of experimental injection. Hide behind the deliberate double speak galore.

The sheeple are fucking brain dead. Someone posted about the two new AZ deaths in a neighborhood facebook group and the karens lost it. The most liked comment was someone ranting about how the media shouldn’t even be reporting deaths from the vaccine. WTF? Just blindly line up for your experimental doasge.

It would be real funny if there is some kind of delayed reaction. Say people begin to keel over 3-9 months after the shots.

That would spread the kind of panic that would make March 2020 seem mild.

If it became public, it would finally spark civil unrest the likes of which we haven’t seen for a half century or more.
So even if it happens, it will be kept quiet.

I’ve heard Dr’s say not to use a new approved medicine for the first few years it’s available. I can’t even begin to think how horrified they would be about the vax’s

My uncle says not to buy a new car for the first few years of a model run.

….Ideally wait for a second series…

If it became public, it would finally spark civil unrest the likes of which we haven’t seen for a half century or more.

So even if it happens, it will be kept quiet.

I was imagining something that’s widespread enough for it to be obvious and un-hideable. Like a 1-in-20 strike rate or something…. (Refer point one about zombie apocalypse)

There’s stuff all over Gab and Telegram of people posting deaths and injuries. Fb and Twitter are the only ones censoring so normie normanson doesn’t get clued on.

How do you find that Telegram or Gab. Never used any of them.

There will be. My main concern is fertility though.

Aw, that’s not going to be obvious enough.

Because it won’t be as direct as dudes’ balls falling off… just lazy swimmers or poor implantation or some such, leading to overall poor fertility.

or, what is scarier, the fertility itself being ok, but the kids being born somehow disabled. There is, of course, precedent for this.

The fertility issues are not with boy’s swimmers, but with girls immune responses to pregnancy.

We are training immune responses based on a protein spike that the virus just so happens to use in order to more effectively bind to cells.

These protein spikes exist for perfectly normal metabolic processes, not all of which are fully understood at the moment. Pregnancy actively suppresses immune responses by the body which would otherwise prevent or stop an egg impregnanting into the womb once it has been fertilized.

Training the body to always have a strong immune response to protein spikes that naturally exist on the surface of cells within the body and which we don’t fully understand the purpose of yet, because a virus happens to be using them, is a BAD idea.

The fertility issues are not with boy’s swimmers, but with girls immune responses to pregnancy.

I think I see how this plays out.

once most of the local couples are rendered infertile, the importation of breeding units (nice and compliant ones) from the third world can begin.

it will work doubly well, because the third world won’t have had the jabs so:

I suppose there is that 3rd world conspiracy theory to it, although I think it is unlikely. I think it is much more likely that through sheer manufactured terror society collectively runs into an experimental vaccine and accidentally sterilizes itself.

It’s because they’re so heavily invested in it that they can’t fathom a trying else. They can’t accept the possibility that there is some serious malice involved.

They’re also absolutely terrified and the vaxis their only way out. Much like the Dan fans and McGowan cult members are mainly middle class white women who lacked strong father figures, they replace it with the state premier.

The vaccines were supposed to be the “way out” for most of the covid worrier fanatics, if I recall, some time last year. Do the lockdowns, wait for a vaccine, and then the vaccine will save us all. Because you know, science doesn’t have any flaws and is never wrong. No no, nothing in science has ever been overturned from new theories or new experimental evidence. Once “science has decided on a thing, then that’s it, it’s true forever.” fmd.

I think the worry is that the targets were for 70%-80% vaccinated. But most the countries most advanced in vaccination rates, mainly UK and US, it looks like it is topping out at 60-70% (maybe less?) and in Europe I think its even less than that, 50-60%. Don’t worry about the fact that in many places the ppl getting vaccinated don’t have any risk of severe complications. And the vaccines don’t stop transmission anyway, afaik.

For the record I got both jabs where I am. I don’t begrudge anyone who doesn’t take it though. I’m not in the high-risk group for covid. I need to travel. I doubt being vaccinated will help with that. But yeah I didn’t think getting the vaccine would change anything in terms of government policies towards controlling our lives and all that. Pandora’s box has been opened – there’s no going back.

Aside from that, what I do have a problem with is the move in some places to encourage 12-18 year olds, and probably at some stage, younger kids, to get this vaccine. There is absolutely no risk to them. And yet they should be encouraged to get this shot? In the UK the commentariat is trying to encourage this. I really don’t understand….

I don’t believe the vac numbers are that high at all. Who is fact checking it and who would know?

As for travel the end goal is a social credit system and the jab passports. That should be reason enough to tell to fuck off.

Either way decent civil unrest is inevitable in my opinion.

As for social credit, we get to copy the CCP once again. Everyone somehow seems to forget the idea for lockdowns originated from China’s response. Why the rest of the world copied this model (well bar a few countries, and I think Korea and Japan never went for the full lockdown model), I will never understand.

But it does seem to suggest, bureaucrats and those in power just wish they had the means and the control like the CCP does with their country.

mmm kudelka is saying the first teen to get the vax hasn’t been born yet….