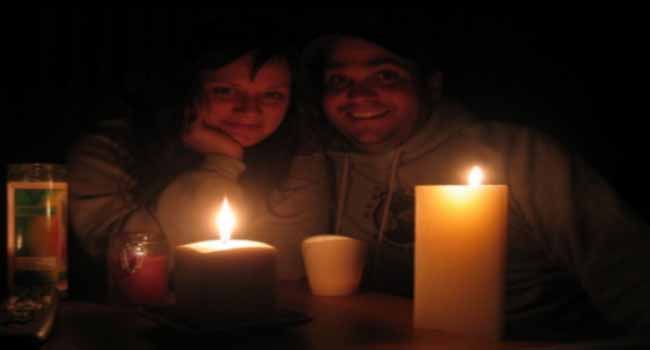 A Queensland Greens voter has tweeted that everybody needs to make sacrifices in order to meet net zero, even if that means rolling blackouts.

Jane Crenshaw, from Indooroopilly, who tweeted ‘GREENSLAND’ just after the election, further tweeted that having no electricity was just the price to pay to save the planet.

‘Yeh so like, this is like all the boomers’ fault. If we had wind and solar as reliable baseload power this wouldn’t happen. We need to cut carbon emissions otherwise we’ll kill the planet,’ Jane tweeted.

‘This is all part of the greater good. If your grandmother freezes to death then she should have spent money on solar panels and batteries to ensure that this won’t happen. Stupid boomers.’

Simon Holmes A Court and Monique Ryan both tweeted their support for Jane, with Ryan stating she’ll be sending 4000 plastic corflutes to promote net zero in Brisbane this week.

Energy rationining in a first world country. Albo has barely been in three weeks.

Albo has no responsibility for this.
This is the inevitable endpoint of a privatised eletricity generation market.
There is literally no money to be made by building new generation capacity, it cause you to get paid less for the energy you already generate with existing assets and costs you money to do it.
The privatisation worked great when government assets that had already been built where sold off at cents on the dollar but as those assets reach end of life nothing is being built to replace them. This is just going to continue to get worse until the whole privatisation inevitably gets reversed.

The shitfuckery going on now

Power generators are exploiting the chaotic energy market by withdrawing power supply from the electricity grid and waiting until strict rules to prevent blackouts kick in, forcing the energy market operator to direct them to fire their plants back up and triggering profitable compensation payments.

There’s no law stopping power companies from withdrawing their electricity generation from the market, and in the past two days, they have reduced the volume available by 2 gigawatts in Victoria, 3 gigawatts in NSW and 1.5 gigawatts in Queensland.

seems a lot like the market gaming/exploitation was described in the Enron documentary.

You mean a private company maximising it’s profits within the rules rather than having grid stability or the interests of consumers as it’s top priority.
Who would think that would happen if you privatised it. If you want market stability or the public interest to be the highest priority it NEEDS to be government owned and controlled, even if individual elements are contracted out.

There’s no law stopping power companies from withdrawing their electricity generation from the market,

This is the very definition of privatised. ie the private companies have complete control over what they do or do not offer to the energy market and at whatever price they choose.

A government controlled grid could contract private companies to generate x GWH per year for $y with specific uptime and availability rules and none of this BS would be possible even with private operators of generation capacity.

seems a lot like the market gaming/exploitation was described in the Enron documentary.

Of course. I have no direct knowledge of the sector, and very limited time thinking about it and can easily come up with techniques to game the system for max profits, as if the actual players won’t.

I’m no fan of Albo, but I don’t think this massive goatfuck has emerged entirely without warning in the last three weeks. I’d lay much of the blame at the feet of the party that has been in power for 20 of the last 26 years and done nothing but enrich themselves and their mates at the expense of the citizens.

That being said, Albo is in the hot seat now, and it’s up to him to fix this shit, and soon. If they just continue spouting talking points from the suppliers claiming there’s nothing they can do and we end up with a winter of blackout and no heating then there’ll be fcking riots.

You and bjw are both correct, i should have expanded on my comment.

Guess what I was trying to say was I’ve never seen things collapse so quickly after an election, but we all know this was inevitable given the last two decades and it’s a uniparty problem.

It isn’t happening quickly.
Power shedding and other trickery up to the point of the odd rolling blackouts have been happening in peak demand during summer for many years.
The only solution that will ever work is for the government to build and operate energy generation capacity, and that is not an overnight proposition. Doing so as a player in a free market would be absurd in the extreme.

But the reality is the answers lie back in time. The privatisation model chosen was always leading to this point eventually.

Didn’t we ‘gold plate’ the network a decade ago? The networks spent billions and now all we have is higher network costs?

EZFKA is doing what it does best. Increase demand, but not build enough supply and fleece economic units in another area.

We gold plated the distribution network because the operators of that get a fixed% return on the capital value of the infrastructure. Build more infrastructure, get a guaranteed return for the life of it and when that return far exceeds interest rates the course of action is pretty obvious…
Yet more gaming of the system by the private owner/operators.
whocouldanode?

but not build enough supply

EZFKA gave up all control of that many decades ago. It seems the market isn’t interested in building capacity that goes unused most of the year.
I figure until there are constant rolling blackouts that never stop there isn’t actually enough excess demand to justify a private operator building a new power station.

I stopped taking the SMH as a serious newspaper after that. He was the last journalist standing in that vile institution.

I’m a bit late to the party, but this was all very predictable, and I daresay foretold (one way or another – it’s been a long time since I finished it) in Sharon Beder’s fantastic 2003 book:

Power Play: The Fight to Control the World’s Electricity