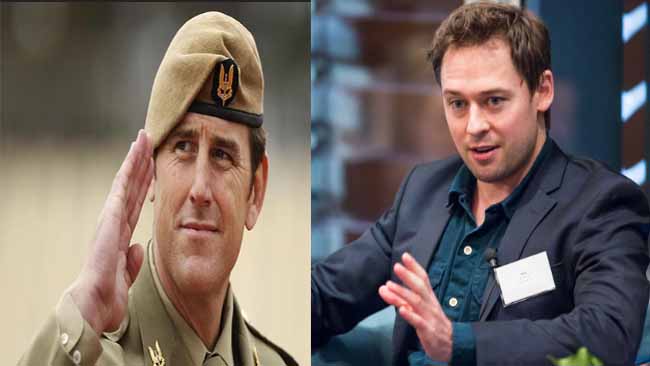 A journalist for the Age has been praised for a courageously criticising veteran Ben Roberts-Smith and the Special Air Service Regiment from behind the comfort of his desk in Melbourne.

Fairfax stenographer Nick McKenzie has been praised for his continuing work on the globalist agenda to demoralise the Australian military, with a months long smear piece against the soldier and the regiment in general.

“I’ll never be able to attain their standards and we rely on these guys to protect us, but that doesn’t mean I can’t throw them under the bus at a moment’s notice on situations I’ll never understand,’ McKenzie said.

“I’ve never been on the battlefield or in life-or-death situations that require critical decision making as these men subject themselves to. But I’ll do my best to sit here and play armchair general and take the moral high ground.”

McKenzie denied accusations of bias and re-affirmed his simp status, stating ‘he’d be the first to get behind one of these guys when he needed it.’

There’s been a long term strategy to demoralised the military and police in Anglo countries because it’s the last bastion of strong masculinity and men skilled at violence.

Started with the removal of the patches and continued with all the diversity shite. The BRS thing is a massive hit job. Sure, there were some dodgy shit going on but three sides to every story and only side is essentially being told by the usual suspects

Where does drinking out of prosthetic leg of an innocent civilian you executed point blank fit into all of this.

Not to mention Afghanistan is the other side of the planet they weren’t defending the country.

I’m with the soyboy on this. War crimes aren’t cool.

and what might be forgiven, or at least more readily understood, in the context of defence of your country from a real and imminent threat is so much harder to stomach when it’s far from home and part of a potentially unjust war

We certainly do need hard men to do the dirty work. And they should get a certain deal of leniency in how they perform it, in recognition that it is hard and it is dirty. But it’s not “anything goes”

When the rules of engagement imposed on you are as such that any known enemy combatants in most scenarios you come across are to be let go, only for them to go out set up ieds and kill a whole lot more people including your mates. And you keep running into those types over and over and can’t do anything about it, so you decide on the balance of probabilities it’s better to just take care of business instead of some bureaucrat in Canberra, I understand their choice. It’s a fucked one but it’s the situation they found themselves in. War isn’t nice and it’s not meant to be. Oh no prosthetic leg drinking! See what the Taliban and other middle eastern armies do to their killed and captured?

The moralities of why our soldiers were pointlessly sent there is a different argument.

I’m glad types like BRS exist, who are willing to commit violence when necessary, and who I could never get close to in terms of the standards they achieve when only 1% of the population could ever don the tan beret. Totally beats western middle class soft cock beta faggots who have no understanding of the horrors of violence and it’s necessity in many situations, opining on why they believe they have the moral high ground from their comfy 4×2 suburban ppor.

Eventually there will be blowback from allying with the Great Satan you Australian moron, the greatest threat to peace on the planet, running around the globe a long way from home involving itself in illegal invasions.

Yeh as I said earlier that’s a separate argument to the scenario regarding BRS and the Sasr.

If you’re going to run around talking about “Muh great satan” and not include an honest observation baout the subversion of US foreign policy by AIPAC and the Israel lobby since the late 40s then its just generic, normie tier America bashing by commonwealth cucks.

And you keep running into those types over and over and can’t do anything about it, so you decide on the balance of probabilities it’s better to just take care of business instead of some bureaucrat in Canberra, I understand their choice.

this happened in the plains of Goulburn Valley or around the Hervey Bay area? 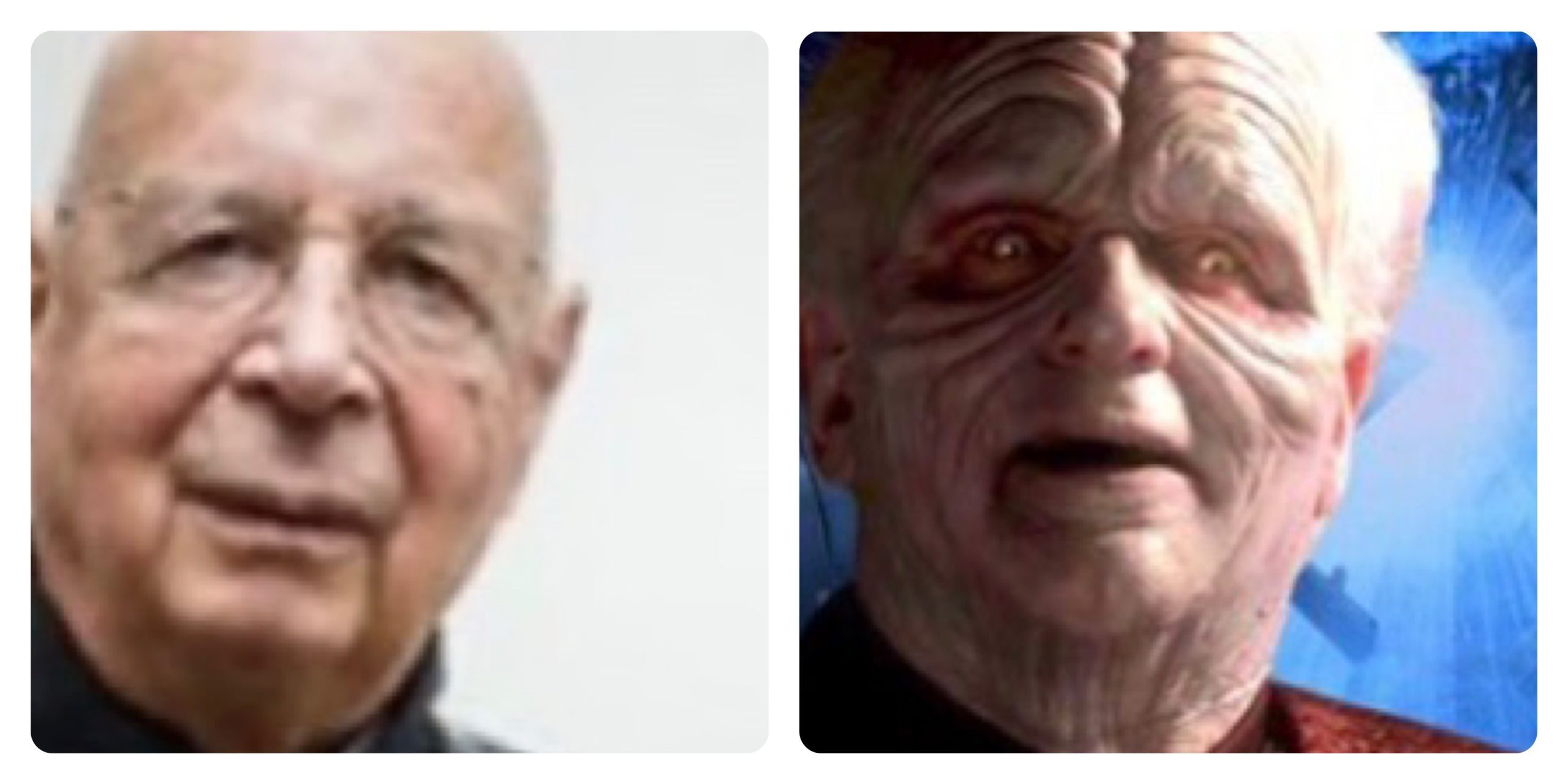 LOL, revenge of the Schwab

goes well with the use of Empire of Lies

At least the maraudings yank are roaming the planet killing in order to benefit themselves.

Australia are like some yappy little lapdog killing innocents for some flimsy promise that the yanks will come to Australia’s rescue one day when it picks a fight with the wrong leader.

Our SAS are murderous serial killers murdering people for laughs and on dares.

The best thing Australia could do is divorce themselves for the future pariah states the USA and UK. The day will come where US, UK and Australian citizens abroad will count themselves lucky if they are placed in internment camps.

The best thing we can do is to cut ourselves off from our allies….presumably to go it alone against 1.4 billion Chinese or an even greater number of diversity hating whoevers? Surely we can do better than that.

These guys are trained to kill. Thats what they do.
We sent them there to kill people, and now they’re the baddies?
Weird that commenters here are freaking out about this.

Well yeah, but it’s not really a kill-em-all situation, is it?

your response is actually more focused and from a soldier’s perspective.

A fly in your ointment
Reply to  Derk Schneider

We sent them there to kill people, and now they’re the baddies?

LOL, that exonerates the whole krauts army sent to USSR which killed 30mil ruskies and others soviets so that you don’t speak Japanese or Kraut today.

there was a TV show,
The man in the high castle
or sumtin like that. Interesting premise.

People need to stop being so naive about war and fighting against enemies with zero moral code. Too many sheltered folk with a sense of moral superiority who have never been in a kill or be killed for a long time situation. The stuff they did was nothing compared to the horrors that happened too many soldiers.

The SAS were killing as part of initiation rituals and “earning your stripes” then keeping things like prosthetic limbs as trophies.

Disgusting and reprehensible. They should be skinned alive.

People here are talking like Benny wouldn’t kill them too if ScoMo or Albo gave the order! I thought after the Melbourne lockdown, people had learned not to look up to men in uniform. Guess the lesson didn’t sink in.

Peachy
Reply to  No1

Last edited 1 month ago by Peachy
1

No1
Reply to  Peachy

Seems that way! Don’t go excusing war crimes done on brown people unless you’re cool with them being done on you by the same people, on orders from the same people. The chickens came home to roost years ago most obviously during the lockdowns. Many of the hard men doing the dirty work are nothing but killbots and an order from Dan Andrews is as good as an order from whoever you wish was in charge.

Peachy
Reply to  No1

Seems that way! Don’t go excusing war crimes done on brown people unless you’re cool with them being done on you by the same people, on orders from the same people

yeah. Perhaps I’m not generally high on empathy, but I do understand and have great respect for the “veil of ignorance” as an acid test of justice

I think the biggest problem with the whole legal saga around the SAS committing crimes is it entirely overlooks the elephant in the room.
That is the Australian politicians that ordered the military to go to countries that are not and have never been a threat to Australia and attack people defending their land and families on some of the flimsiest premises ever heard of, if not outright lies. Subsequently it should be the politicians that are before the court first, but that will sadly never happen and the soldiers will be the scapegoats.

Yes, that’s right. It’s what I was getting at earlier when I talked about an unjust war.

if the sas hadn’t been there in the first place, this wouldn’t be a problem. Of course, that doesn’t excuse any war crimes, but it does create another layer of moral blame. as you say, that is on the politicians, but it is being ignored.

Peachy, what are you on about? What unjust war? History is clear!

On 11 September 2001 our freedoms were trampled on, when 2 planes hit the WTC, with three towers falling down. a total of 11 Australians died. The hijackers were from KSA (15), UAE (2), Lebanon (1) and Egypt (1). We know this because 4 of the hijackers’ passports survived the crashes, including 1 at the WTC. So we had to go in and avenge our citizens in Afghanistan because Al-Qaeda.

Then Iraq decided to bypass US sanctions by selling oil in currencies other than US dollar. At the same time, Colin Powell confirmed that our homeland was in grave danger, because he found some yellow sand in a vial and showed it to UN. So we had to go in to Iraq. We did the “shock and awe” thingy, which started on 19 March, 2003, and we declared victory by April 15, 2003. It was the best war that only went until 2017 after we won.

The one in Afghanistan was almost as good. We won in 2021, and evacuated rather quickly. It was a great success, it only took $2.3T, 4 US presidents, 7 Australian Prime Ministers, 20 years and over 170,000 killed on both sides to win Afghanistan from Taliban for Taliban!

You need to start supporting our troops!