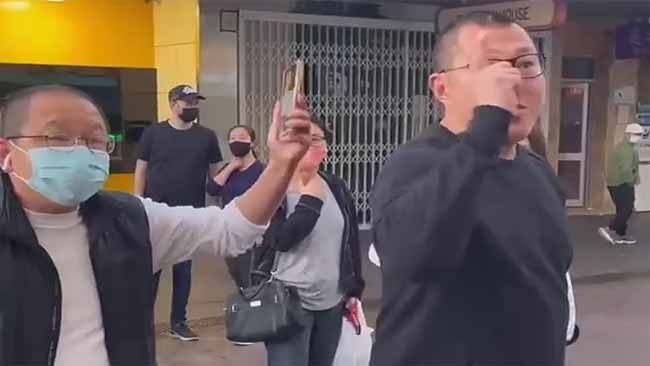 I don’t agree with all of Pavlou’s politics. He is a raving lefty but he has done great work pointing out the CCP subversion of Australian institutions and for that I salute him. He has more balls than most apathetic Aussie mortgage slaves. He was attacked in Sydney last week for insulting God Emperor Xi:

“A man who allegedly assaulted an anti-communist protester has been charged by police. The NSW Police Force confirmed officers have now charged a 48-year-old man with assault following Drew Pavlou’s, 20, viral political protest in Eastwood, Sydney, on Saturday.

An angry mob surrounded Mr Pavlou on Saturday night after he held up a sign which read ‘f*** Xi Jinping‘ at a busy Asian market in one of Sydney’s highest Chinese population suburbs.

‘F*** you, motherf***er,’ one bystander screamed at him repeatedly. Another person punched Mr Pavlou’s sign and told him: ‘America has genocide, not Xi Jinping.’

Video shows how the situation quickly escalated when two men attempted to take the camera from Mr Pavlou’s friend and snatched his sign away. Several women in the crowd told Mr Pavlou he was a coward and to ‘f*** off’ while he remained standing in the street.”

The guy screaming free country while attacking someone for criticising his is hilarious. He’d be disappeared for doing the same in China.  So, why are you here dude? We all know you wouldn’t have the balls to criticise Xi in China.

We all know why he’s here, because Australia is just an economic zone to him to take advantage of. No-one wanted these people in Australia except globalists cunts and property developers to profit off the destabilisation of Australia, while turning it into a third world globohomo shithole for the WEF and it’s stakeholders.

I’ve done business in China plenty of times in a past career – fucking horrible place, even in the tier one cities. It’s the model the World Economic Forum want for Australia and everywhere else, so it’s no surprise this kind of carry on is going on and encouraged here.

ASIO and the AFP aren’t going to do jack shit and NSW Police were initially going to charge Pavlou instead of the CCP agent that attacked him. Not surprising when Victoria Police raised the flag over Box Hill Police Station last year.

This is exactly why multiculturalism has been forced on Australia and the west – homogenous, nationalist societies are harder to knock over and dominate. Instead of one external conflict, we have thousands of little internal ones every day which the legacy European population pays for and the corporate media does everything they can to run cover for and even promote. Supported by self-loathing progressives and white women who claim it’s all just a big misunderstanding and that more English lessons and food are the answer.

So how do the Chinese view foreigners in their own country:

I don’t begrudge them for it, it’s their country and while it may be a dystopian shithole, it’s their turf. However, come here and act up and you can fuck off back to Guangzhou, Xi Wang.

It was Jewish businessman Walter Lippman who was the man who forced multiculturalism on Australia, not Whitlam or Al Grassby. They were merely the political tools. If you want to read about Lippman’s subversion of Australia’s immigration policy in the 60’s, then Kevin MacDonald has done some outstanding work here. (thanks to Stewie).

Anyways, expect more of this shit as the country declines and heads further south, especially if Albanese is appointed regional manager of EZFKA for Klaus Schwab and co at the next selection.

If we ever have a confrontation with China, then the sizeable CCP diaspora that’s already here is going to cause a hell of a lot of problems. Imagine how many of them are stilly loyal to China? I’d say easily the majority.

That’s something self-loathing chickenhawk David Llewylln-Smith is going to be hilariously wrong on. No surprise he hasn’t commented on this situation this week either, despite having Pavlou’s dick in his mouth most of the time. You support this kind of multiculturalism DLS, this is the inevtiable result.

But how good is the food guys?

We need to import scum from every third world shithole so they can cook their ethnic cuisine because recipe books are racist. And Transphobic.

Because the people and culture that invented the microchip, flew to the moon and discovered penicillin, can’t accomplish anything worthwhile unless surrounded by people whose highest cultural achievement in 10,000 years has been the mud hut and the throwing stick.

The employer I’m in the process of leaving has instituted a diversity program that involves hiring more indigenous people. It’s part of the stupid reconciliation action program. This program is being run by a proud (why are they all so l proud of being primitive fucking savages) Dungadungau (or something like that) woman in HR who is pale skinned, blonde, and blue eyed. So authentic I want to vomit. Down her neck. She is just another grifter on the indigenous gravy train.

Liberal white women are among the worst race grifters US Senator Warren being a fine example.

My youngest son had to do a presentation at school about the aboriginal contribution to Australian science.

After a long talk with me, he had the courage to say “They’ve contributed nothing” and he backed it up with a good argument, that I provided.

To the credit of the stunned teacher, he got an A.

Their highest agricultural achievement in Australia were creating a few dams to farm eels, which lets me approximate their level of technological sophistication to be on par with a North American rodent aka the Beaver.

Did the Indigenes invent the wobble board or was that Rolf Harris? It and the bull roarer are pretty cool.

Did the American go to the moon, past the Van Allen belt, that they can’t do now ? Hmmmmm Did the west really invented the computer chip ? I believe it was Bill Shockley who invented the transistor, having invented nothing in the life before and since. Hmmmmm

Well it certainly wasn’t the Wakandinians.

You be here two hour! you go now!

First ever example of cultural appropriation 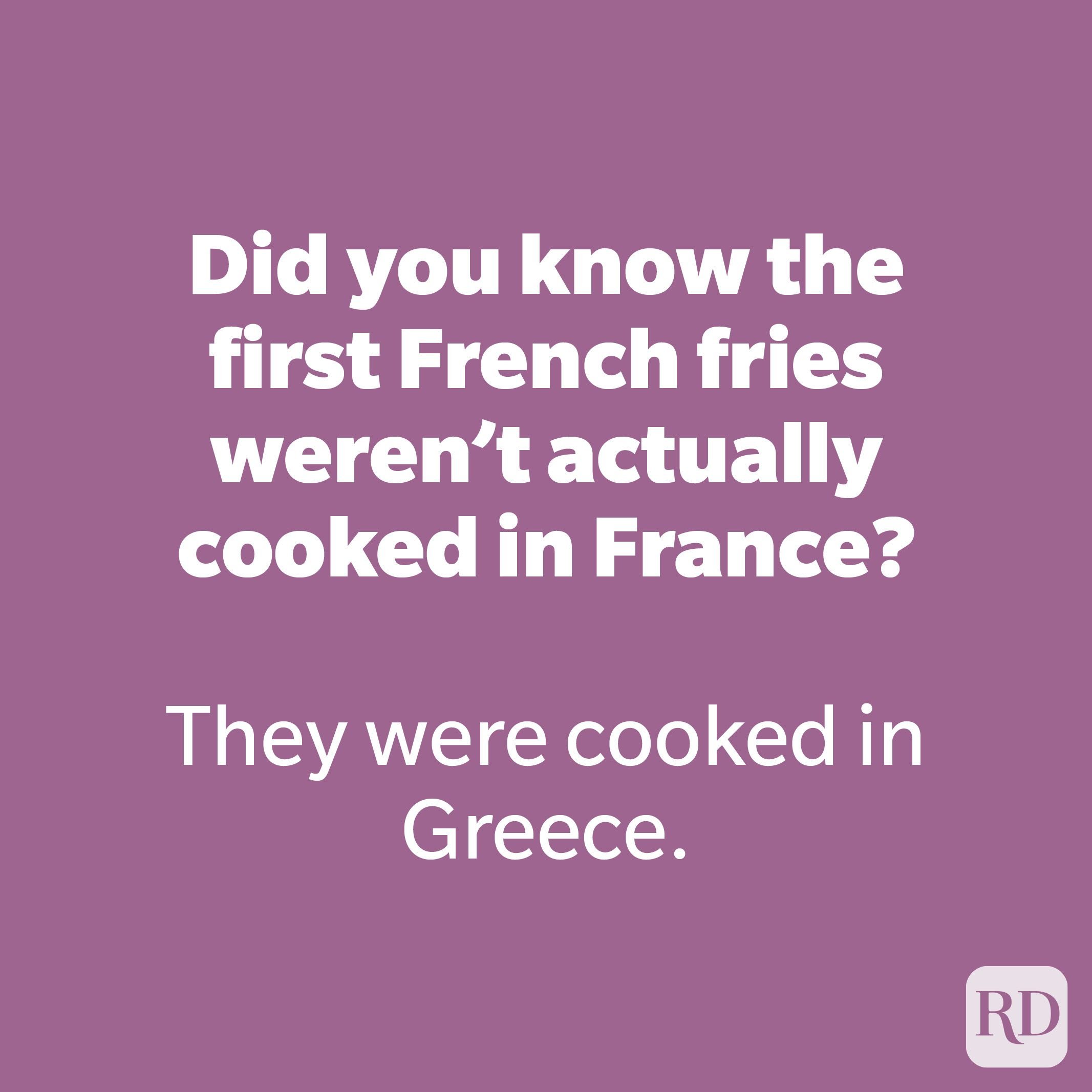 Great article Timbo. I am in much agreement with you on Drew Pavlou, he’s definitely too much of a lefty for my tastes (a young man whose not a socialist has no heart, an old man who remains a socialist has no brain). But as with Friendly Jordies I do applaud the work his done in exposing the sort of corruption that the media establishment purposefully ignore.

Reducing Australia to a socially divided Economic Zone, is the goal of MultiCult – this should be the forefront of any discussion around the topic.

It should be the first thing people who oppose it should open with in any discussion and the last thing they close with. MultiCult is pure poison for socially cohesive societies – and it has been done to us deliberately.

Too left? At one stage he was going to run as a senator for Bob Katter’s party, but apparently Pauline Hanson wasn’t pleased about him stealing her anti-China rhetoric.

Drew seems to have lost momentum. Max Mok was supposed to run for his party against Gladys Liu in Chisholm, but it looks like that isn’t happening which kind of leaves his electoral effort looking a bit hollow. Ironically I think Drew will end up being remembered like the guy he is trashing Nick Xenophon – just known for his stunts.

Either we get a human rights bill or at some point, some people violently attack some other people.

Unfortunately, subjects of the Crown don’t get rights, they get privileges, which can be taken away at the whim of the Monarch.

There is a lot of talk about “freedom of speech” in Australia – it doesn’t exist, and not because someone is usurping our right to such a thing (unlike 1st Amendment in the USA, which is being trampled) – we never had it in the first place. Free country of Australia remained free as long as it remained a relatively quiet place in the backwaters of the Pacific. All ended in the mid-nineties, when the China phenomenon started to take off. The spotlight on the resource basket of south Pacific (or Northeast Indian) ocean was on!

With continuous rise of China, this part of the world took on more and more important role in “monitoring” activity in East Asia, and eagerly joined with the rest of the 5 eyes in an effort to fight GWOT after the discovery of the new breed of lawn grass called “Pentagon Pure”. This lead to more and more restrictive laws and shrinking of the provides the subjects enjoyed in prior years. Fast forward to 2019, etc. etc.

So to get a Bill of Rights we must first reform the principles of this land. If we stay on the path our “leaders” got pegged for us, we will eventually get to a perverted form of socialism without freedom. And no, I am not advocating for socialism. Anarcho-capitalism sounds pretty good though!

Of course, my opinion, DYODD, not investment advice, previous results do not guarantee future returns, opinions are like assholes, everyone has one. 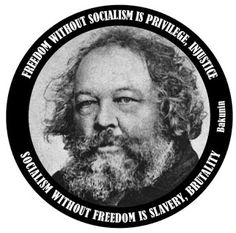 Australia seems to always end up with the migrant garbage people whether ten pound poms, peasant stock wogs, Asian drug syndicates, Indian truck drivers on meth. Most of them rude, ugly and stupid and looking to work you over (like many Aussies I suppose). All outcasts or misfits chasing a buck.

And right on cue…..colour me surprised:

Sweden’s prime minister has said the Scandinavian country has failed to integrate many of the immigrants who have settled there over the past 20 years, creating a nation of “parallel societies … living in different realities”.

Unveiling a series of measures to tackle organised crime after violent riots over the Easter weekend that left more than 100 police injured, Magdalena Andersson said Islamism and rightwing extremism had been allowed to fester in Sweden.

“Segregation has been allowed to go so far that we have parallel societies in Sweden,” the Social Democrat prime minister told a news conference. “We live in the same country but in completely different realities. We will have to reassess our previous truths and make tough decisions.”

But that could never happen in EZFKA………could it??

Last edited 9 months ago by plaguerat
0

I hope you can see that above quote is self-contradictory.

For Drew I have a only one description:
A fool with a tool is still a fool, and a tool.

Australian institutions were not subverted. This is the biggest lie of them all and Drew sold it to you too. Aussie institutions sold themselv3s to the highest bidder.

A country that does flack all for its true whistle-blower (His name is a combination of another name for donkey and anger without r) and supports a tool and a fool like Drool is literally selffornicated.

The elites are getting exactly what they want. An incumbent population of youth that are angry they’ve been sold out by (lol) boomers, and migrants who don’t give a fuck about Australia.

Who’s going to fight for Australia’s future? No one.

As finances bite, the first thing I’m seeing the young give up is their Union membership…lol

You’re about to find out you young dumb cucked woke morons.

There was a single way to fix this. Destruction of the treasonous Labor party, but the elites have intervened and installed Zali etal, with the full cooperation of MSM. A dumb environmentally-uneducated Australia is buying their BS.

We’re fked. Doomed. Finished. Our offspring will be impoverished sickly serfs, and the elites will live on prime coastal real estate in gated communities.

Last edited 8 months ago by Totes
0