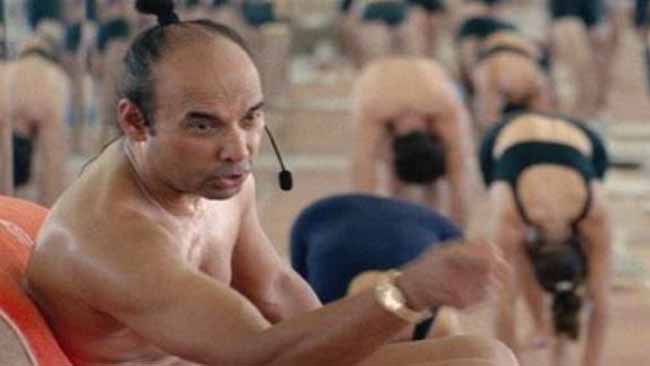 Disgraced former yoga instructor Bikram Choudhary says he’s looking forward to preying on vulnerable Australian women, after the announcement of a new visa for Indian Yoga Instructors was released this week following the signature of an Indian Free Trade Agreement.

Bikram, currently hiding out in India after arrest warrants were issued in the US, says he’s looking forward to continuing his harem at yoga retreats in Byron Bay after applying for a visa late last night.

“I am really looking forward to continuing what I started in the US. The upper middle-class ladies will never feel safer in one of my classes doing Bobs’n’Vagene pose,” Bikram said.

“One thing Australia has shown is that it is making the safety of women a priority. That’s why it continues to import thousands of single males from India, Africa and the Middle East where women are treated like third class citizens. This is true gender equality.”

The first wave of Yoga Instructors are expected to commence driving Uber and fucking up deliveries for Australia Post in the next few months.

You’d think this was satire, but no.

if we want to get to a world-class position in womens “yoga”, we need to import the cream of the crop 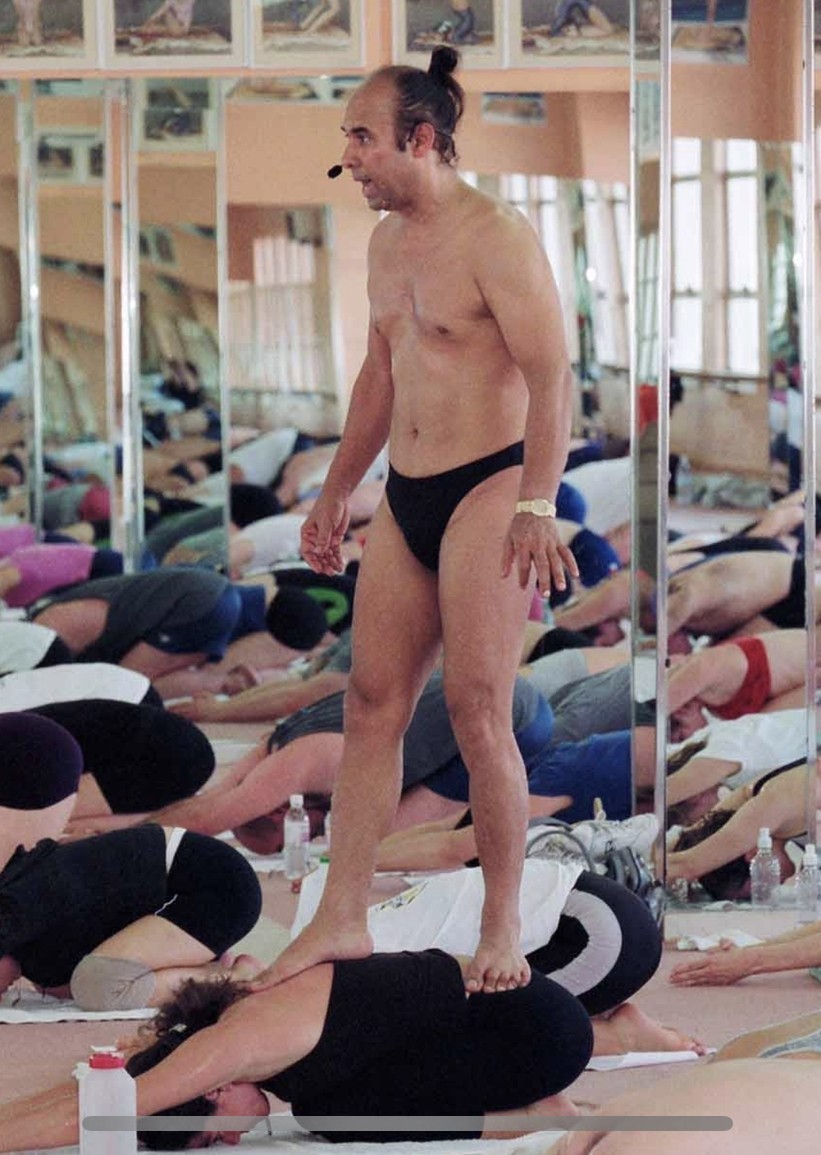 Women have a tendency to let men with man buns walk all over them.

Love the little briefs and the big gold watch. Someone needs to check his hard-drive.

Did not read it as yet… apparently it is profoundly accurate.

I’ve gone through about half

will need to come back to the rest of it later, after I have refueled

so far I have liked what I read. But then again, I tend to like a bit of history and philosophy and so on.

Who would have thought that banning subscribers and different opinions plus forecasted events in 18 months always being wrong could be bad for business?

Ego got in the way of business. Pretty stupid.

For me, the last straw was their anti religion BS from that faux deep voice wanker DLS and parrot gunna.

I’m not even religious, but it triggered me. That and they banned me…

And, if its dismantled, what will it be replaced by?

Epitome of the left. They can identify micro problems, but are just hopeless with solutions.

LOL, that’s exactly what Spengler claims (above link). Remove what defines identity (tradition and religion are makor part of that), and what is left is less than a jellyfish on the summer sun.

I’ll have a read. Thanks.

For me, the last straw was their anti religion BS from that faux deep voice wanker DLS and parrot gunna.

I’m not even religious, but it triggered me. That and they banned me…

And, if its dismantled, what will it be replaced by?

yes. That’s a common problem that people who are hyper rational (and think that they are smart) bump into. If they’re really smart, that is. If they are not so smart – they go on forever not even realising that there is a problem.

The problem is that once you’ve rationalised the shit out of everything, allocated resources, streamline processes and have all the people running, productive as fuck, in their respective little hamster wheels…. you sit back and ask – what was that all for? What was the point?

You’ve got an amazing output of widgets (or plastics, or “services”). but why did you bother? The widgets or plastics or services are not an end in themselves.

youve filled up everyone’s lives with so much rationality and efficiency that you’ve necessarily left out “the good”, the eudaimonia, the that-for-the-sake-of-which.

Last edited 9 months ago by Peachy
2

Yep. Efficient childless producers living for no good reason at all. That’s what our culture has created.

Which would support the enormous rate of suicide, depression and feeling of hopelessness in the west, when we’ve got far more going for us than most others, EXCEPT for religion and purpose.

I think the reason behind the fall in MB readership/patronage is not that they have figured all of this out, or that they are really smart. Far from it!

I have been reading MB for 10(?) years? Maybe a tad less. The guys were good in the beginning. They had engaging articles (not copy/paste effort), mainly stuck to the subjects they knew, occasional commentary on social issues that were tied in with economic matters. They would produce a number of “special reports” per year that were actually worht the annual subscription (I was paid up for about 2 years).

Then they started to get noticed. A snippet published here, or an interview invite there. Then came the financial management arm – super, investment portfolio, etc. Then they got a couple of good runs on the board, the fund was returning decent %.

And then they believed their own bullshit! Just as they were getting on top of this! They have moved to strip value out of the company (as I see it) rather than double down with effort to shore it up and get it to the next level.

And here we are today. DLS is a Karen, engagement with others on boards is usually twice per week limited to one-word comment: subscribe! The rest – I can’t remember when was the last time I saw the rest of them comment (maybe because I am a cheap-skate). Earlier, I wanted to learn about their super options, so filled out a prospect, they called me, I was in a middle of a meeting, so said, please call back. They did. In about 4 months.

MB really had potential. Kinda sad to see it implode. All because they believed in their own bullshit.

GM – basically everything you wrote is fair and accurate.

their hearts were probably in the right place, but they certainly lost the plot over the medium and longer term. A large chunk of it was beginning to believe their own crap and starting the fund/superfund.

but, on the other hand, they had bills to pay, so to some extent the zigging and zagging is understandable.

also, it’s quite unfortunate that “they” get tarred with the same broad brush. The reality is that Leith is a good bloke, Damo is straight up and down and Davo… well, Davo seems not to have survived his midlife crisis entirely intact. Seems to have either picked up a number of complexes or to have brought to the surface stuff that had been there all along, but properly controlled and repressed. and if they’re all chained together, they will swim or sink together.

That’s exactly how I see it.

I’d add Gunna shouldn’t have had license to do and say what he wanted. He’s an extreme leftist commie.

A fly in your ointment
Guest
Reply to  Gruppenführer Mark

my experience is a tad bit shorter but I mostly agree with you.

I only differ in thinking from todays perspective that what they did in early days was a fluke and a coincidence.

the ofne thing blinder than Llewdo on King Dollar and US economy is that yank that Martin North used to bring in (Sylvester Baboon or something like that). A good manager uses geopolitics for advantage, Llewdo uses it for confirmation bias. I would not trust irrational emotional fund manager with my Monopoly money let alone to invest the real fiat.

Chinese Astroturfer
Guest
Reply to  A fly in your ointment

Australian dollar was predicted to be 40 cents. Today 74 cents.

Dunno why but reminded me of this

A fly in your ointment
Guest
Reply to  Chinese Astroturfer

LOL, true.
add to that list the demise of RE in Xina which is supposed to be literally like a jumbo crashing from 10000km

Thankyou. You have succinctly summed up everything I hate about this modern world.

Yep, went to check it out, usually I look for articles with a high number of comments, as this used to be an indication of an unlocked article, but recently even macro afternoons attract 50 comments from 4 regulars, who are chortling at each other.

Stick a fork in it.

Seems like they are getting what they were steering towards. A happy and safe place.

filled with that smooth cemetery vibe.