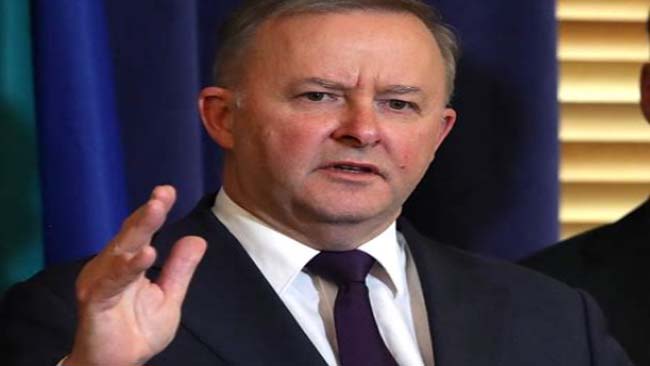 Opposition leader Anthony Albanese has stated that he will freeze the bank accounts of those who don’t vote for the ALP, should he win the 2022 EZFKA federal election.

Albanese has also stated that the freezing of accounts will also apply to savers, union members and those who don’t own at least one investment property.

“Justin Trudeau and the World Economic Forum have shown that total retribution against your political enemies is the way forward and if that’s at least half the population so be it,” Albanese said.

“We need a united EZFKA, so that’s why you should vote ALP or face consequences. If the mandates didn’t kill you financially, we’ll make sure of it.”

Albanese said he was already in discussion with CCP officials for advice on how to expedite digital identity and a social credit score by the end of 2022.

Timbo, you should also interview Scott Morrison – he may well be willing to match (or better!) Albanese’s offer, so he should be given a hearing in the name of balance.

Must have missed that Morrison spoke at the WEF for the Davos Agenda last month.

Australia aims to become a top 10 digital economy by 2030, underpinned by safety, security and trust

going to need to import heaps more Indians, fast. Yep, that’ll do it!

Shae The Burmese
Reply to  Gouda

“The online world presents great opportunities but also poses unique risks, especially for women and children”…really? How so? Should I even been looking at a computer? I am a woman after all!

Only difference is Scomo would do it at the speed limit. Albo will go full Trudeau. Klaus approves either way. 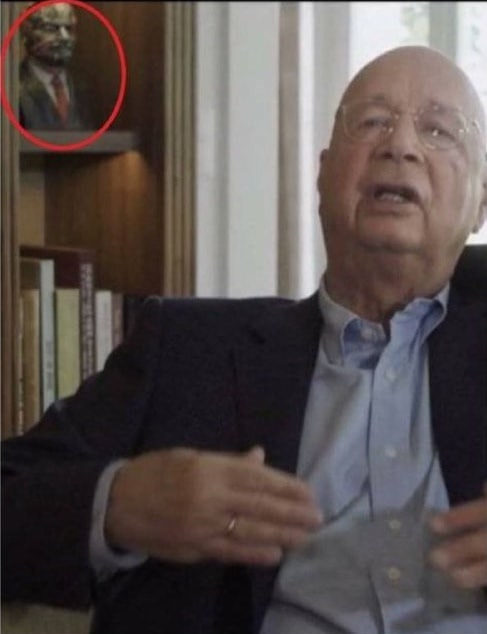 He’s clearly not going far enough if he wants to win. Should have adapted Tim Wilson’s strategy of getting the council to fine those who put up rival billboards and political posters.

The transition from former Human Rights Commissioner and free speech warrior to wannabe autocrat is terrifying.

If we don’t freeze your bank account, we’ll send you threatening letters:
https://www.dailymail.co.uk/news/article-10421453/Andrew-Bogut-threatened-Victorian-Electoral-Commission-opposing-Daniel-Andrews-Covid-policy.html

Trudeau may have shot himself in the foot with the bank account freezes of his opponents. I’m hearing rumblings of a collapse of trust and cash run on Canadian banks.

And why not? Only a lunatic would leave their money in a bank where it could be confiscated at a moments notice at the PM’S directive without any legal process whatsoever. Even if you rape or murder someone they don’t freeze your assets, but oppose Trudeau and all your accounts belong him.

I really don’t think he thought that through.

I really don’t think he thought that through.

I don’t think he thinks much at all…
But anyone who donated to the truckers would be mad to leave any cash in canadian banks, I wonder how much that amounts to and if it would be enough to collapse the banks?

It’s interesting, isn’t it – because banking is such a confidence game, if you start using the banking system to “punish” people you do risk people checking out.

you’d better be ready with the central bank digital currrency or whatever other method (cash bans?) to stem the potential bleeding, if it takes.

In canada’s case that is effectively impossible unless the US also does it. $US will just become defacto currency as it does in many other places.

Yes, given how close Canada is to US, this is definitely another real consideration for them.

on the other hand, with increased monopolisation of all industries, the US dollar option isn’t as viable as it might have been.

many purchases are now at mega-corps, rather than mom-and-pop stores.

So while the corner greengrocer might be happy enough to take USD for your weekly supply of cabbages, the Canadian Coles/Woolworths just won’t do it. Because their systems don’t allow it. Because politically it’s unpalatable.

“I wonder how much that amounts to”. Probably not much in the grand scheme of things. I thought it was several million. This was a movement of the working class and hence they have limited financial means. Compare it with the BLM movement which is flush with tens of millions of funds. Unless the working class comes up with better ways of protesting and evading authorities, they are destined to remain serfs as how the elites want it.

On the other hand, the banks are now flush with reserves post-QE that they can exchange for physical notes from the reserve bank of Canada

extinguishing the banks liability to the depositors

Ah, Coming, you now agree that “reserves” are as good as notes and coins and aren’t just useless tokens? That is good.

you cant “monetise” more than what exists as actual deposits though

so at the end of the day , it’s still banks creating loans that creates usable money

then yes you are creating real money