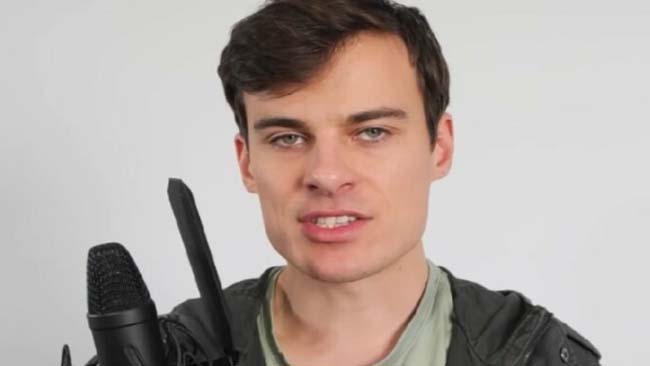 The video features Shanks going off on VICE freelancer Dave Svenson’s latest effort entitled ‘Why Jordies should hang it up’ for a near record 39 minutes.

However, fans of the political gatekeeper were not so convinced, pointing out that this is the umpteenth time he has gone after super low-hanging fruit and was nothing more than a ‘cringey, self-indulgent wank.’

Shanks defended the allegations when pressed in the comments section of the video.

“It’s becoming increasingly hard to stay within the monetised YouTube algorithm, while delivering ‘edgy’ takes on team red vs team blue politics. I was funny years ago, but now most intelligent people have moved on,” Shanks said.

“However, my core audience of millennial midwits depends on me. Therefore, bring it on Junkee, VICE and The Project. The same normie-tier, political mockery shit people were tired of years ago, will live on. Vote Labor!”

Jordies is also rumored to be working on a ‘Comedy for Aussie Midwits’ roadshow, featuring himself, the Betoota Advocate and Mick Molloy.

lol. Jordies is good occasionally, generally when he is doing some real reporting and going out and talking to real people.

His other commentary about stuff he does not know anything about is, unsurprisingly somewhat cringe and highly uninformed.

Also highly partisan, which is probably why no one on the right will talk to the guy.

Part of the ecosystem I guess.

It’s not clear to me where FJ stands.

While he definitely has Labor ties, he’s also done work with Helen Dalton of the Shooters and Fishers party who I wouldn’t consider left wing.

Then he’s also had a go at the Australian Unemployment Workers Union, who one would also assume would be naturally left leaning.

He seems like a bloke on the verge of getting red pilled hard.

Spot on. Self indulgent bullshit that goes on far too long.