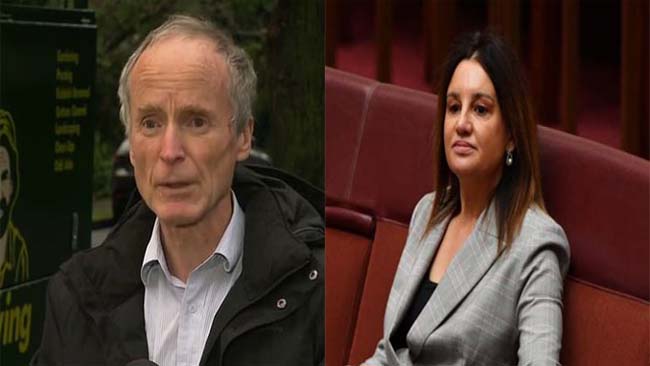 Jim’s Mowing owner Jim Penman and Tasmanian Senator Jacqui Lambie have been announced as the two finalists for the 2021 Australian Sell Out of the Year award.

Penman said he was delighted to be nominated for the honour, after his spectacular 180 on vaccines and lockdowns.

“I got what I wanted in the end. A few self-interested rants on Sky News during lockdown was all it took to get my own way so fuck everyone else, I’m alright Jack,” Penman said.

“I’m a true EZFKonian through and through mate. So, get the jab or no Jim’s for you.”

Lambie’s last minute back flip on mandatory vaccinations, after scolding Brendan Murphy in front of a Senate Inquiry, put her into contention.

“Someone has to pretend to represent the Aussie battler in the Senate and I also have to think about my post-politics corporate career. Now, go and get the vaccine,” Lambie said.

“It only took a few veiled threats behind closed doors, but I got there in the end. Astra Zeneca and Pfizer have said they’ll be making it worth my while post-politics anyway.”

The winner will be announced next week.

LOL though exactly that with these two.

So disappointed to hear about Lambie.

What has she done ?

So, uh, someone fill me in on what Jim did, please?

After reading this, I think that it could get very interesting as we get closer to a election.