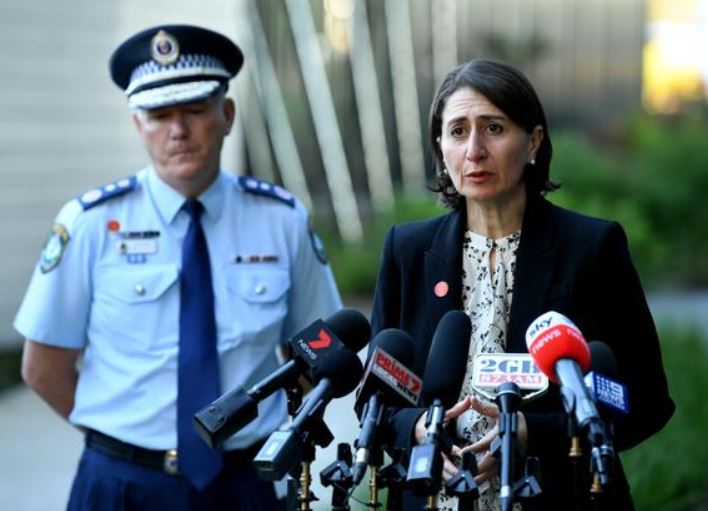 Residents in the EZFKA city of Sydney have launched Operation Go Fuck Yourself, in response to NSW Government’s Operation Stay at Home and threats of fines and arrests.

The operation has been launched in response to the NSW Government’s mask off declaration that none of what was happening was in response to public health, and that some unelected bureaucrat on six figures had the ultimate authority.

“We’ve shown that rule by unelected bureaucrat for the last 18 months is the way forward, so why the fuck are they whinging for? This is EZFKA,” an enraged NSW Police Commissioner Mick Fuller told a press conference.

Fuller denied accusations that the increase in ADF troop numbers was just a blatant escalation of the Operation Lockstep acclimatisation process and that he was preparing the public for overt martial law.

“Mate, they’re helping the elderly with food alright? It’s no different carrying a tray of food to carrying a loaded EF88, which will commence shortly,” Fuller said.

Residents have vowed to keep their small businesses open and continue going to work as the lockdown takes effect tonight, at least that’s what they claimed they’d do on social media while watching Netflix after the footy, a report said.

Please let this be true

It does make you wonder doesn’t it.

So that’s 800 ADF in Sydney now, it’s not an insignificant number.

Any idea how many in Melbourne last year?

It appears a former senator is now tweeting EZFKA. Hit the mainstream!

As an aside Peachy, is this a WordPress blog or something else? Just guessing as it doesn’t appear Twitter previews or whatever it is are enabled so people can’t see the card when its tweeted. IIRC there is a way to enable it.

thanks for the tip about the Twitter card thing. Hopefully IT can set this up.

So does this mean we have to be on our best behaviour from now on in?

Tried posting one on fb tonight and the display photo disappeared from the link and it just had EZFKA as the default display photo. Unsure of this is just me and something needs to be ironed out, was working the other day.

Something probably got screwed up with FB when Twitter was being fixed.

do you want to try again and let us know how you go?

Great, another retard to join you spastics in your bullshit. Isn’t that cunt a flat earther? Or is that the other one?

W@f, you keep rocking up at this faggit party, day after day, and telling everyone that they’re rooting incorrectly.

One of these days you’ll just have to admit to yourself that you’re a faggit too.

he’s got too much of a hardon for stewie to just leave.

That does kind of agree with your sentiment though…

These guys are wankers. They are just making it worse. Sydney is the one that caused other states to go back into lockdown. Stay the fuck home