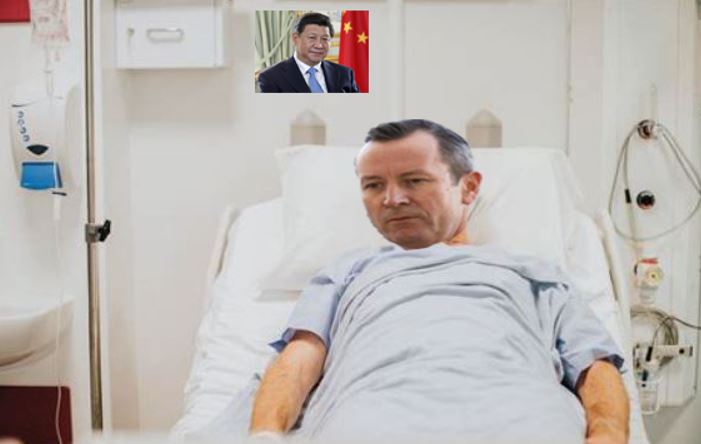 WA Premier Mark McGowan was rushed to St John of God Hospital with severe rectal bleeding last night, after massive blood loss from a series of papercuts from using the Australian Constitution as toilet paper.

The Premier is believed to be in a serious but stable condition, but was rushed to hospital soon after the announcement of vaccine passports being implemented in WA. Doctors have described the scene as “horrendous but treatable.“

“I’ve never seen this before in all my years of medicine. It appears he got stuck on Section 92 and couldn’t dislodge it from the outer sphincter. Some vigorous wiping has occurred and has led to the blood loss.” Dr Chris Markowitz told reporters.

“There was so much blood, I couldn’t tell if he’d had the Astra Zeneca or Pfizer jab at first. Then I remembered he’d had the pure saline jab at the photo-op and it was clearly something else.”

McGowan had the Australian Constitution installed in his shitter and in all Parliament House toilets after the first Perth lockdown and has been his preferred TP of choice since 2020.

McGowan is expected to make a full recovery, and has reportedly vowed to continue fecal use of the constitution along with any other document “fitting for the same political elitist purpose.”

The Bell Tower Times is understood to be keeping a bedside vigil.