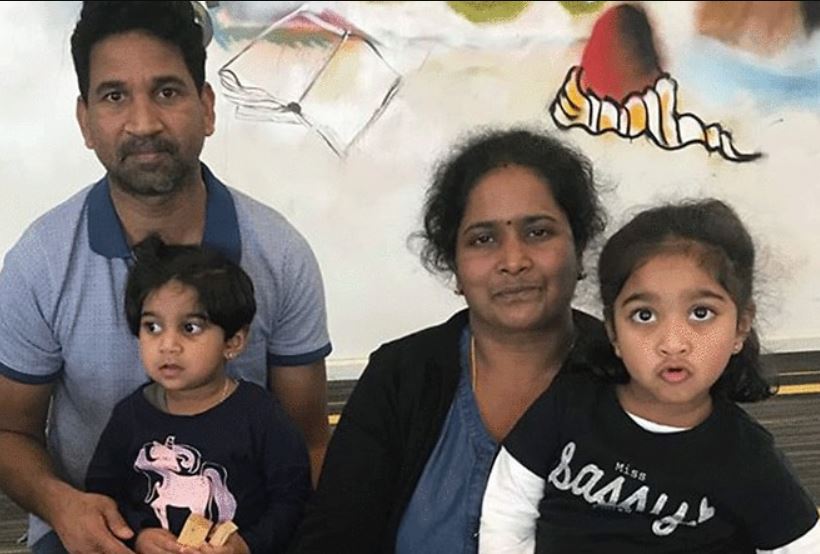 The Morrison government is understood to be in talks to introduce a new type of visa to EZFKA, that would allow migrants with no legal case but can run a convincing sob story, to stay in the country.

The idea has been floated in the wake of the Tamil family saga, currently being saturated across all media platforms for some reason. Morrison said the new initiative was a sign of his party “moving further to the left but slightly slower than the left to not arouse too much suspicion.”

“The Tamil family have shown that no matter if you rock up to the country illegally, have half a dozen court appeals rejected at the tax payers expense, return to the country you’re claiming persecution from several times and have some anchor babies to exploit as pawns, you should have an entitlement to stay,” Morrison said.

“Aussies are famous for a sense of entitlement and the solution to that is to import more of it from different cultures. Plus it will help me capture the upper middle class white woman vote who have been virtue signalling ad bloody nauseum about this on social media.”

Fairfax and SBS have also both welcomed the decision, as they battle complaints from journalists claiming fatigue from writing daily sob stories for “poor Indians who left their kids offshore.” “We’ve been running full steam ahead with that initiative and it’s just gotten to some of our journos. This is a welcome relief, but this is also a great opportunity for EZFKA going forward to open our borders again,” a spokesman for The Sydney Morning Herald said.

this is an outrageaous story to me, i’ve been reading into it and the judge who blocked the deportation order is none other than this guy—> https://en.wikipedia.org/wiki/Mordy_Bromberg

you just cant make this shit up if you tried

the sad thing about it all is this family seems perfectly fine, but the perfectly legal move to remove them was blocked by this judge which created a nightmare for them and much more heartache than would ever have needed to occur had the law just been applied normally, as it would have been for anyone else

its getting to the point where its pretty much impossible to be deported from aus, if you’re savy you can use labyrinthine allowed appeals, clauses and visa hopping techniquies to extend your stay here almost indefinitely. you might not ever get PR, but it is not hard at all to buy 5-10 years working and living here if you know what you’re doing.

Last edited 1 year ago by stagmal
2

Of course the judge is from Israel. Every single time.

“its getting to the point where its pretty much impossible to be deported from aus, if you’re savy you can use labyrinthine allowed appeals, clauses and visa hopping techniquies to extend your stay here almost indefinitely.”

I assure you it is at that very point and has been since 1998, when a sudanese family of 5 played the legal system for 3 and a 1/2 years.
The dept of Immigration exhausted its allocated finances for the multitude of cases thrown up and withdrew.

Dam I read the headline and thought this madness is totally plausible.

Then I realised it was satire 😂

Time and again history has shown that diversity is not strength but brings internal weakness.

I think we have to stop thinking that politicians are stupid.
Instead they are looking for a certain outcome with their policies, and their policies are driven by advisors and think tanks.

So what’s happening in this country, and the US and Europe, is not something random, it is deliberate.

Also, voting is not going to change anything before it’s too late. It doesn’t really matter anymore which of the bigger parties you vote for. On important issues they are almost indistinguishable, they only differ on fringe stuff.

I don’t know anything about the specific case mentioned in this article, but it is a symptom of a bigger picture.
We have to start looking at that bigger picture and start asking the hard questions. One of those questions is why are we as a people committing a slow suicide?

I have seen it all happen in Europe already. If I had any inclination that people as a whole would start asking the hard questions and pushing back at a destructive policy I would have stayed. But this hasn’t happened yet, and I couldn’t take it anymore to see my beloved country go down the drain.

If people at some point, for whatever reasons, are pushed to the brink and internal strife starts, instead of blaming the rightful institutions that caused it, they will blame ‘the other ones’ due to the tribalism that diversity creates.

“If you collect 100 black ants and 100 fire ants and put them in a glass jar, nothing will happen.
But if you take the jar, shake it violently and leave it on the table, the ants will start killing each other.
Red believes that black is the enemy, while black believes that red is the enemy, when the real enemy is the person who shook the jar.
The same is true in society.
Men vs Women
Black vs White
Faith vs Science
Young vs Old
Etc …
Before we fight each other, we must ask ourselves:
Who shook the jar?

Are we talking about god(s) now?

simile? Metaphor? fable? parable?
One of those, I’m sure.

Well, not really. Someone else stronger in english lit will point out what it really is, if we have anyone like that around…