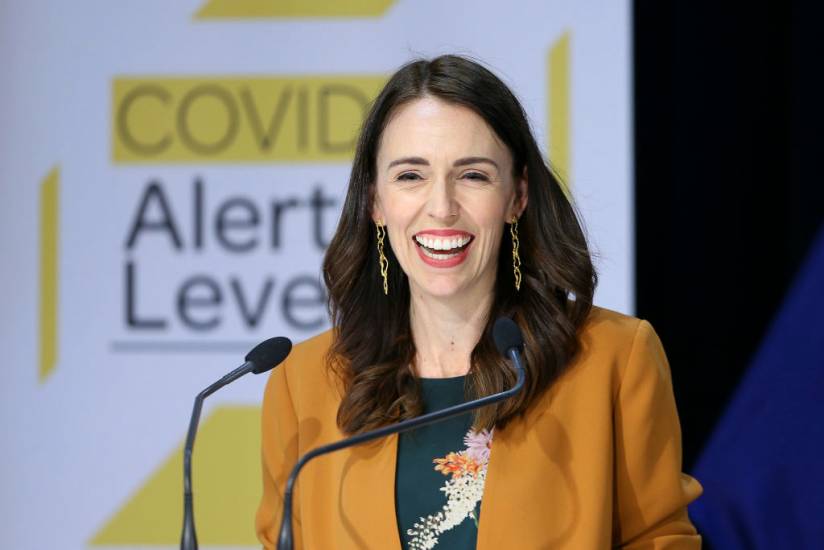 The Economic Zone Formerly Known as New Zealand’s Prime Minister Jacinda Ardern has stated that she believes at least 4 more lockdowns are necessary to break the middle class into submission, in order to accept the globalist Great Reset.

Ardern, who has threatened “no jab no job” policies at the weekend, has stated that she intends at least 3 to 4 more lockdowns to bring New Zealand to it’s knees and believes other countries should follow suit.

“It’s obvious more and more people realise this whole thing has nothing to do with a virus and the economic and political goals of the Davos crowd are what really is being implemented here,” Ardern said in a press conference.

“We can’t deplatform everybody who dissents, so we need to ensure compliance where it hurts the most – their wallets.”

“I think the only way to achieve that is to break more and more small and medium businesses with arbitrary restrictions, before they give up.”

Victorian Premier Daniel Andrews concurred with Ardern’s statements and is believed to be drafting the 2021 lockdown schedule for Victoria, to be released at a later date.

how much do you guys reckon the ‘big reset’ is true

what exactly do youse blokes mean when you say “great reset”?

“You will own nothing and be happy”

One of those Expectation vs Reality meme where they are trying to sell us a version of Socialism that will really just be financially tyranny.

They sure will try. I highly doubt they will succeed.

Every conquerer since Alexander the Great has wanted to rule the world. None of them have succeeded yet.

And these progressives will be the ones to do it? The little cult that could?

God knows they will try, but I don’t reckon they will succeed. Now that all their little secrets are coming out anyways.

People who want to rule the world go into politics. People who go into business want to get rich.
Any great reset will be incidental to the rich getting richer, not some overarching conspiracy of the illuminati.

https://en.wikipedia.org/wiki/Emergence is a starting point for understanding how the overall behaviour of a system can be more than the sum of it’s parts.

Without having read the book, this is also my starting position.

The system will continue to amble forward in a particular direction. Not because anyone in particular is directing it there (or even wants it to go there), but because that’s where the combined efforts of all parties, bolstered by systemic biases, take it.

some people – perhaps particularly adept at discerning where things are naturally likely to go, or perhaps just lucky – had discerned this coming a long time ago. (Montaigne & Marx for example)

You don’t need a formal conspiracy when interests converge, but it does make it a lot easier.

Basically everything that’s been scolded as a conspiracy has come true in the last 12 months bar aliens. The term conspiracy theory has devolved into “Don’t make me think about that awful possibility” ie copium.

World Economic Forum goals have been known for a while, it’s just now they feel more brazen about saying what they’re going to do to the plebs.

Covid was never about a virus, a lot of smart people don’t seem to want to accept that for reasons of pride or fear. Paging MB.

Basically everything that’s been scolded as a conspiracy has come true in the last 12 months bar aliens.

So we didn’t land on the moon any more?
We’ve been implanted with mind control chips?
Or the rich have got richer at the expense of everyone else?
Which by the way is the only way to get richer, it’s a comparative thingy. Someone in poverty in australia today has living standards that couldn’t even be dreamed of by most in the 1800’s.