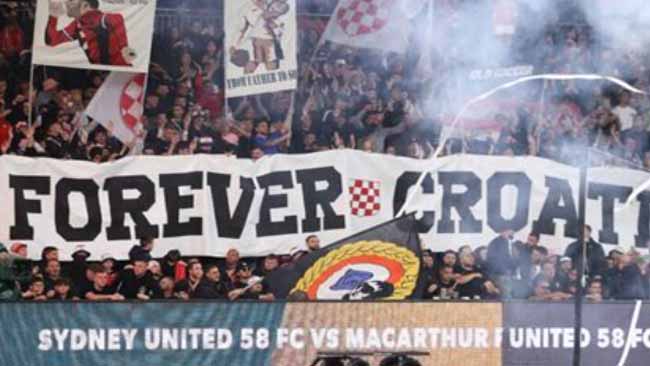 Love to see it (booing starts about a minute in):

Firstly, I don’t give a fuck about soccer. It’s largely a handbag’s game and a case of foreign billionaires buying mercenaries at obscene salaries cheered on by working class debt slaves. That being said the 80’s and 90’s English Premier League was great, but I haven’t watched it since the early 2000’s and can’t watch it now at all because I grew up. However, if you’ve ever been to a football game in Eastern Europe and experienced the ‘ultras’ in the crowd, it’s next level shit and they don’t fuck around.

Anyways, it’s ironic that it took some Croatians to have some balls to tell us what they really think of this stupid fucking ceremony, that the majority of white Australians absolutely hate but have no courage to say it publicly for fear of dickheads like Peter Fitzsimons calling them mean words or Mark Leibler taking them to the Human Rights Commission.

The kvetching on social media about “muh racism and nazis” from the usual pundits and Jewish groups was hilarious, topped only by the usual self-flagellating leftie fags on social media attempting to reconcile multiculturalism with disrespect of the indigenous, but most of those people are vaccinated and beyond redemption so fuck them. Multiculturalism is division by design, so eat shit, you wanted it you got it.

The Welcome to Country is part of a wider demoralisation tactic aimed purely at White Australians/Australians of European heritage. As Stewie commented the other day, it’s a perverse purity ritual similar to that imposed by the CCP on the plebs during the Cultural Revolution. Those of you who work in the public service know it’s the absolute worst and is yet another outlet for mediocre white women and emasculated men to give themselves some meaning in their meaningless lives.

The actual indigenous don’t give a fuck and it does nothing for them, save for a $1200 or thereabouts ‘fee’ payable to the local indigenous grift authority for each ceremony – with Geoff Clark likely getting a cut off the top.

It’s also largely part of the culture war distraction while the greatest theft of money, land and resources goes on under the banner of the Great Reset, with the Voice to Parliament being part of that trojan horse. I couldn’t think of any civilisation better placed to run a digital, modern nation-state than a tribe of hunter-gatherers that never invented the wheel and still can’t seem to break themselves out of the cycle of violence, poverty and the rest.

Anyways, more mockery and booing of this shit is the way forward because it will not stop until it’s bullied away permanently.

The outrage over the crowd booing the WTC is a perfect example of how it is being used a divisive purity statement designed to seperate all Australians into ‘good’ people and morally ‘bad’ people.

if you are not 100% on with the WTC then you are a ‘bad’ person and it therefore means you are open game for the media, or anyone who is politically onboard with the purity statement, to dunk on you, demean you and discriminate against you.

They’re 3rd or 4th generation wogs. Wish they’d fuck off back to their own country.

they’re the last whities still knocking up their wives, mistresses and one night stands, keeping this cuntry white… heck one of them may be your actual father too! I know one of them is for sure my father.

bigduke6
Reply to  A fly in your ointment

my brothers wife is croatian – she keeps him on a short leash.
her parents went back to croatia after they were scammed by a plumber and lost faith in oz
they too want to leave the dream here and move to croatia and start again.
tells you something

I know many Croations. They hate everything about Australia and Australians, and always have. Yet they are nearly all still here. The only one that went back made a fortune on the stock market and retired young. That tells you something too.

And lol at Timbo cheering on the people that hate everything about Australia including you. “Based”…lol.

Yeah they’re fucking wogs. They still have their 1950’s peasant wog mentality that the grandparents or great-grandparents brought out with them. They’re in some fucking time warp.

You go to these countries and they’re modern, developed, people are normal. You even get natural blondes.

But over here they are always these dark, greasy, hairy, woggy things eating the same peasant shit they were eating in the 50’s.

The new one I learned last week is that abos are getting cars bought for them when they leave prison. Is it a way to reduce crime they won’t steal other peoples cars if they their own car? No doubt they will never service nor look after the cars and will trashed within 12 months.

where did you hear that

i know they get a lot of free shit, they get free masters degrees for instance

public housing is def reserved for them first

Last edited 2 months ago by stagmal
1

Anyways, it’s ironic that it took some Croatians to have some balls to tell us what they really think of this stupid fucking ceremony, that the majority of white Australians absolutely hate but have no courage to say it publicly for fear of dickheads like Peter Fitzsimons calling them mean words or Mark Leibler taking them to the Human Rights Commission.

I dare say you got wires crossed and shorted.
it’s not about chews or booing the Darug or whatevs the Australain nations that seek recognition of their lands, this is the very same as recent chanting songs in Milan. This European Union nation is simply demonstrating historical values of European Union values… we see them also in parts of UA

You got your wires crossed and I take it you didn’t watch the game.

The Za Dom Spremni is done at basically every Sydney United game and was directed at MacArthur and one of their players in particular. The booing was definitely at the welcome to country.

The media as usual have twisted that into some direct attack on Jews that weren’t there and photo one guy in the crowd throwing up the Roman.

Balkan racism is based tho.

so if I understand correctly, ethnic FC commonly shouts “EU values” call “Za Dom spremni” at another ethnic FC (of the same ethnicity) and that is somehow normal tifosi but booing of a non whitie is somehow a pure dissatisfaction with wokeness and insulated from the prior?

against whom (in Macarthur) is the nazi call addressed?

lemme make it straight and clear, the whole ceremony of recognition of the traditional yada yada is a bulldust of the tallest order serving to rub in the descendants of prisoners with past/present crimes of the wardens class ezfka units and it is utmost disgusting sign of wokeness. But let’s call a spade – a spade.

In his 1951 book, The Impact of Science on Society, Russell wrote prophetically:

“I think the subject which will be of most importance politically is mass psychology… Its importance has been enormously increased by the growth of modern methods of propaganda…. The social psychologists of the future will have a number of classes of school children on whom they will try different methods of producing an unshakable conviction that snow is black…. Not much can be done unless indoctrination begins before the age of ten … verses set to music and repeatedly intoned are very effective.”

Look at how far we have come 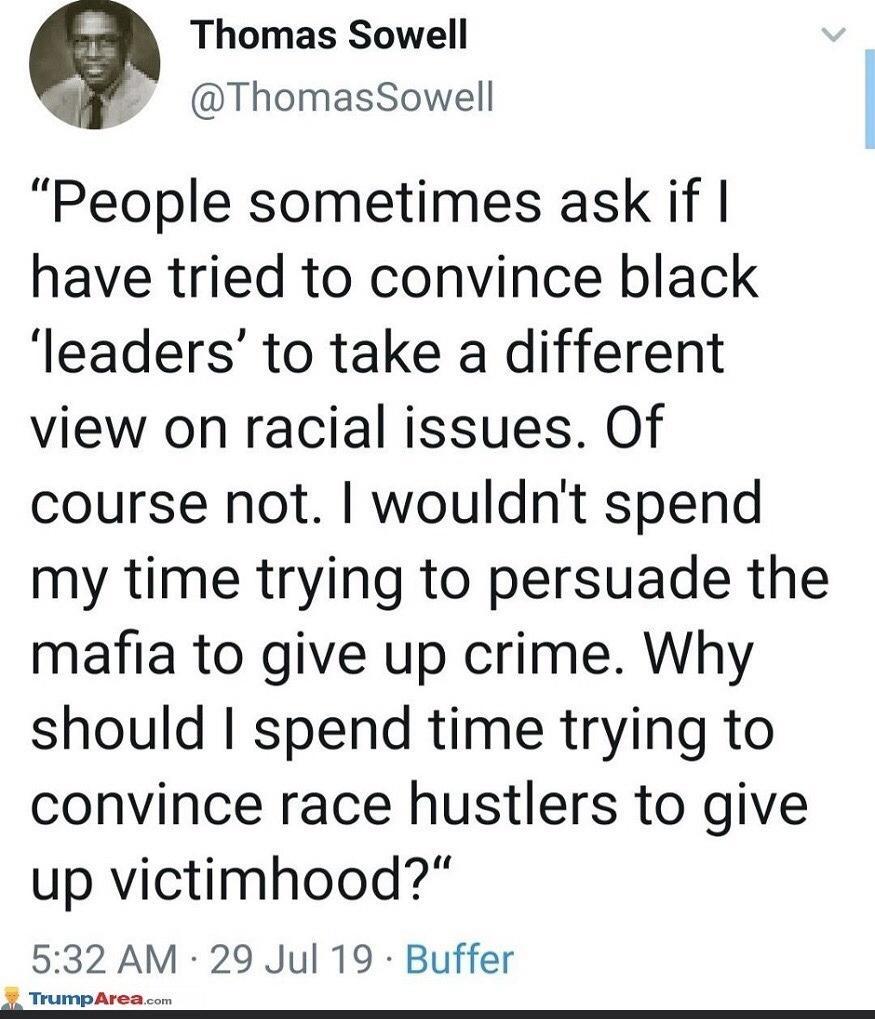 You demanded Multiculturalism, you got it. Don’t complain.

I don’t need anyone purifying me in some heathen “welcome to country” ceremony. It implies that it’s their home and not mine. I was born here.
5 generations of my family were born here, died here and some died somewhere else in ww2 and ww1 defending this country.
it’s an affront to me and many native born Australians and our idiotic, virtue signalling politicians are imposing on us a second rate status that we’ve never had before.
it’s treason! Next war send them and their sons and daughters and trans kids and aboriginals. See how well they do.
let them fight for our country instead of selling it out from under our feet.