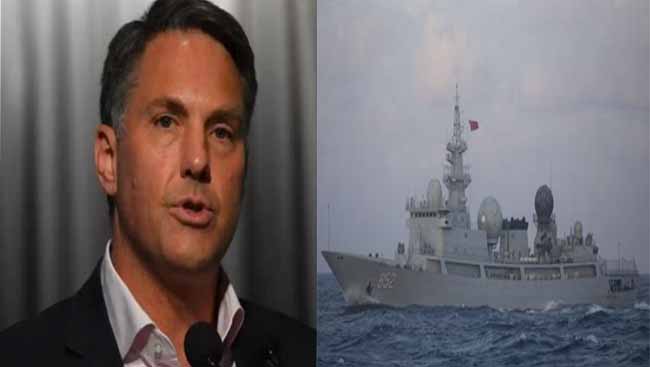 A Chinese intelligence ship spotted off the coast of Western Australia this past week was carrying ALP MP Richard Marles.

Marles, who was noted for a record number of visits to the Chinese Embassy, was aboard the ship and was touring the WA coast inspecting potential landing sites for a PLAN invasion in the near future.

“I can confirm that Richard Marles was aboard the Chinese ship last week,” Anthony Albanese said.

“He was assisting the PLAN for their post-federal election objectives and that’s all I will comment on the matter.”

Marles is planning an East Coast tour next week.

Isn’t it weird that an already fracturing EU, about to hit a shitstorm of economics ills, is now superunited and has non-members desperate to join? It’s almost as if they plan this stuff.

Finland and Sweden joining NATO after centuries of neutrality right as ww3 kicks off is just a coincidence though.

Will never happen. Not now, not ever. People will not stand for this. There is no appetite in Europe for further escalation.

Both Swedes and Finns have what they call “historic memory”

There are other places in the world you can take, but you don’t fck with Russia, they tend to fck back. They have not lost, ever, any significant territories.

Chinese subversion of Australia will accelerate ten fold with the ALP.

Religion of peace strikes again, Iraqi man injures 6 people on a train in Aachen, Germany, doubt it will get much news time. Flagged as a religious extremist in 2017 but not sent home because… racism??

A fly in your ointment
Guest
Reply to  canuckdownunder

a Ukrainian refo mob beat to death a polish Samaritan trying to protect a girl from harassment.
read all about it on fakenews.comau

having a “donda listening party” in a basement car park

Last edited 8 months ago by Coming
0

sometimes gambits are staged for a short period to ramp up credulity/credibility.
I would not exclude the chinks that attacked him as his shills.