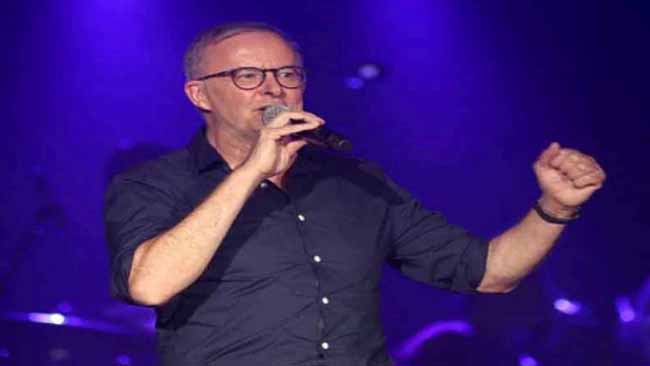 The ALP is in chaos tonight, after a move to have Anthony Albanese to appear at Bluesfest backfired at the weekend.

“Labor will always stand up for the Arts sector just like Daniel Andrews and Mark McGowan have the last two years,” Albo reportedly told the crowd at Bluesfest this past weekend to many jeers from an industry reeling from lockdowns and mandates.

“We’re trying to work out which advisor thought it would be a good idea to have Albo at a music industry event, when they’ve been subject to bipartisan destruction since 2020,” a Labor spokesperson said.

“We like to market ourselves as the cool party, when in actual fact we’re just a different flavour of the same turd.”

Albo is reportedly meeting with Klaus Schwab this week to work out how best to resurrect his image, including rigged ballots if necessary.

OT. Another cricketers had a turn. Get some aspirin Barry!

lol I used to live in Marrickville. The joke was the most powerful labor person in marrickville was the ceo of marrickville council, one of labors backroom king makers who had to be moved out of south australia due to corruption charges there. true story.

also, the place before bucket boys on illawarra road is apparently albo’s preferred rub and tug. no idea if true, but i drink with plenty of dodgy people so…

Honestly don’t see the attraction of marrickville. Me and the other half were looking to buy there a few years ago, while standing in the bedroom the place shook every 5 minutes because of the planes. Shame we didn’t buy though, as we would probably be $2m richer. Therefore instead I am an ugly loser

What about the giant roaches?

Yeah totally true for Sydenham, but didn’t notice where I was at. It’s a pretty big suburb though.

Whats been amusing so far is the fact that the ALP have a glass jaw. The media treat them with kid gloves and the second some heat comes their way they told quicker than a woman’s weekly.

IMO you’re not voting for Albo you’re voting for Plibersek in 6 months time.