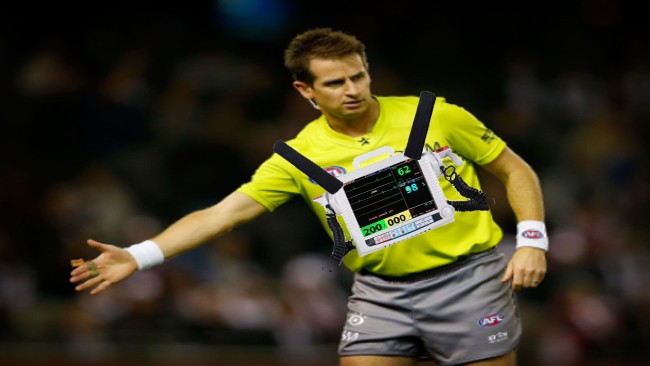 Hate to bang on about this issue and will probably stop covering it as there is more interesting stuff happening, but another EZFKAFL player has heart issues, this time North Melbourne’s Jed Anderson:

So we’re up to four cases identified before Easter. Hope he’s alright but seriously, trying to play with pericarditis is just a serious heart attack waiting to happen. Career is realistically over.

‘Due Diligence’ my arse, Tony Jones. Generally, that’s what you are supposed to do before you take an untested medical procedure. One can sense there must be some palpable anger among the players but to be honest, most of them bent over for their pay cheques instead of standing their ground.

It will be interesting to see the AFL’s response in the next few weeks, my money is still on a gag order (and probably the footy show being cancelled).

Anyway, I’m sure this will all get lost in the election noise but the fact it’s now mainstream discussion is encouraging. Probably too late for a lot of people and the general state of things though.

The first player dying on the field may escalate things. The real story is it’s taken sportsball idolatry to get this issue mainstream in EZFKA.

Considering his mother is known as The Jabbinator, he doesnt have any choice.

Gillon MacLachlan has resigned! Usual spin about wanting to leave earlier blah blah. I think he sees the writing on the wall. Whoever takes is over is going to inherit a shit fest.

The sportsball lolz are coming thick and fast.

Any bets on a sportsball (any game) player fatality due to heart inflammation this season?

In the interests of free speech lolz.

I reckon what’s needed is a betting market for this like a multi bet. You could even get Marky Mark to do the advertisement. 10-1 on Jarrod Hayne to go down before the cabbies siren. Haha 😸

if everything else can be a market, why not this? Especially in EZFKA.

besides, this already happens on a institutional and sophisticated investor scale, with people buying insurance policy tails (https://www.insureuonline.org/consumer_life_viaticals.htm; https://www.purviscapital.com/policies-for-sale/)

…why not a betting market for smaller bets and entertainment?!

How long before we have “death race” to bet on then ……