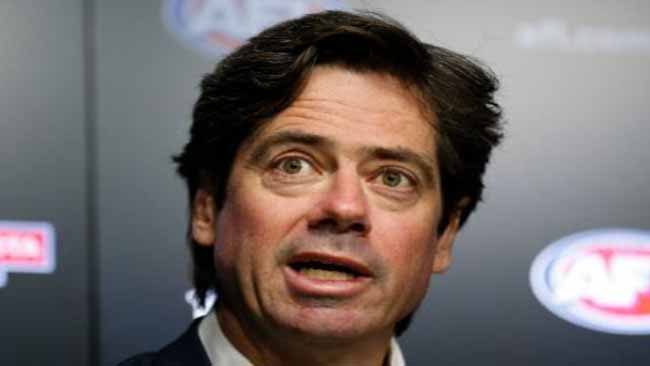 EZFKAFL CEO Gillon McLachlan has announced his resignation from the AFL CEO position, to take up a new board position at the Australian Heart Foundation

McLachlan denied allegations that the timing of the move was nothing to do with a series of players experiencing serious heart conditions.

“I stand by my decision to force vaccinate all of our players and that the comments made on the Sunday Football Show are in no way related to my departure,” McLachlan told a press conference.

“My only regret is not having a dedicated trans round but that’s something for the next CEO to implement.”

McLachlan is also believed to have turned down lucrative deals with Pfizer and Moderna prior to his appointment at the AHF.

Lol that was fast

The speech was cringe. He’s clearly bailing ahead of the carnage and at the very least it influenced his decision.

Odd timing and not a real sniff about it. Excuse was he would always wake up one day and know the time is right.