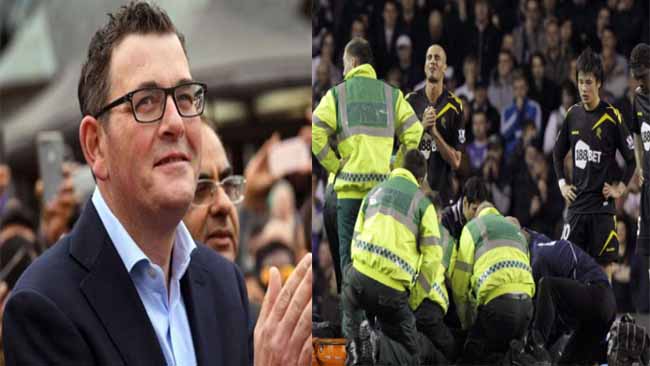 Victoria’s bid to host the 2026 Commonwealth Games has been knocked on the head five minutes after it was announced, after realising no athletes will be alive to compete in it.

Even free aspirin and defibrillators wasn’t enough to persuade the Commonwealth Games committee, who promptly decided to terminate the contract and save tax payers and hospitals the trouble.

“It was always going to be a hard sell anyway after we accepted that no-one actually gives a fuck about the Comm Games other than property developers who use it as an economic vehicle,” Premier Daniel Andrews said.

“There were also concerns that no-one will be left in the state except an underclass of Indian migrants but that doesn’t matter now anyway.”

It is also understood that Brisbane’s Olympic games is also in doubt.

They should have a clause allowing defibrillators so if you have a heart attack during the race you can be revived and finish it.

Would that count as performance enhancing then or not

I do love how they “celebrate” getting the games when no one else wanted them anyway, so they are celebrating holding the turd in reality.

They should have let it die off.

All the athletes planning to seek asylum will be disappointed 😛. The games are just more bread and circuses for the sportsball crowd to keep them occupied.

Amazing how they went from arresting people for being on a park bench 6 months ago to 400k plus at the F1 over the weekend with no masks.