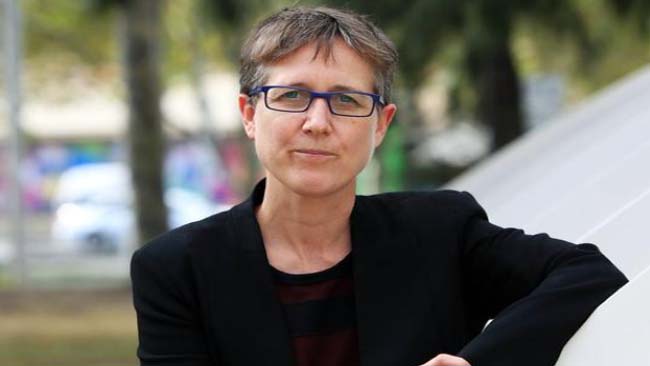 ACTU Secretary Sally McManus has announced she and other unions will oppose mass immigration, until after the 2022 federal election is over.

McManus said it was important to pretend to care about the EZFKA working class in the run-up to the election, until there was no need to keep up appearances and return to business as usual.

‘There’s 4 months to go until the election so we need to do whatever it takes to get the ALP elected, if that means pretending to care about workers so be it,” McManus said.

“We’ll be issuing the usual lip service press releases about EZFKA wages and so forth, while working with the Migration Council of Australia as how best to import migrant workers after the election.”

McManus also vowed to divert union fees on gender equality and other woke causes until May.

Gearing up for another fake concern for the working class.

100% Timbo! This is not satire, this is what will happen.

But thank god she’s a lesbian right? All that standing up for workers over the last 12 months due to mandates and everything.

On the bright side that would actually be quite an improvement because it means they would have acknowledged that mass migration hurts workers and sane people are against it. Even if their financial interest mean they always at least covertly support mass migration.

No it is electioneering. They know mass immigration is not popular and will not say anything in support of mass immigration until post election. They haven’t had a Damascus moment, they are trying to be small targets.

Who’s that chap in the photo?

McManus and the ALP are 100% behind mass immigration, she is just carefully wording her tweets. The only difference to the LNP is that they want these ‘skilled’ migrants as permanent whereas the LNP want them as temporary. Numbers of immigrants will probably not differ in any meaningful way between the two parties.

Whilst LVO has been fawning over her tweets, quite a few EmBee people commented that she is partisan and that she is not against immigration rather she is all for it. She seems to believe her own utopian vision that if these migrants are made permanent residents they will not be ripped off and exploited.

They are going to drag the balls out of this.

If he caught it after attending a bowling club surely he would have needed to be vaccinated to attend the bowling club.

Yeah there are a few things that aren’t adding up. I wouldn’t put it passed McGowan to lie about it. But seriously an old sick, person dies and they come out with the level of fear mongering that north Korea would be proud of. The comments in article are good though. It looks like the majority have enough of this shit.

Maybe it’s the lighting but old mate is looking a little pale.

As you would I suppose if you willingly placed your wife and children in harms way all because he wants to role play his fantasy of being a strongman leader.

Something happens — he brought it on himself.

He’s not letting go of it that’s for sure. There won’t be any tears shed if he does experience an unfortunate accident.

China trying to bankroll Labor candidates, this will play out well. Does anyone seriously believe that Labor will win the election?

The German word “backpfeifengesicht” means “a face in need of need of punch” or “a punchable face”. Our Sally sure has that in spades.