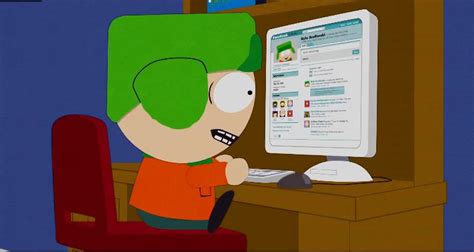 So Australian Unions sent me an email the other day saying that wages rise only because of union involvment not labour shortages. It linked to this:

Jim Stanford points out: “Wages are not the automatic outcome of supply and demand forces.”

That may be true, but deliberately ignoring supply and demand in your conclusions makes you a fool.

Australia has had record levels of immigration since 2005. Unions have done nothing about this. Wages have started rising because immigration has been shut off and employers cannot get enough employees. Every day they complain about skills shortages and the need to open the borders. As long as unions continue to apply contorted reasoning this, they will continue to fail to resonate and fail in general.

When unions start campaigning for lower immigration (back to the long run average of 70k pa) then they and the labour party will be more credible with working people. Until then, they (you) are gaslighting all of us while housing affordability, job security, wages growth, innovation and productivity are all sacrificed to the ongoing globalisation of Australia.

I invite you all to pile in.

Wasn’t it last week that LVO was praising a Sally McManus tweet? Fortunately most readers saw it as she was talking about wage theft of migrants, but still wanted heaps of migrants on permanent visas.

Maybe like so many other organisations in Australia, they too are lead by vested interests, but it’s hard to see how chasing super could make up for years of declining membership and a shrinking number of industries in which they have influence.

If Ramjet is right about the super thing (and I don’t have a considered view on this), it occurs to me that it would’ve been a sweet sweet irony if Libs had succeeded in their witch hunt on industry superfunds and this actually forced the unions off the super gravy train and back into their core activities, revitalising the movement.

yep, that would’ve been awesome to watch!

The fees from super benefit the people running the super fund which in the case of industry funds are unions. More people means more fees and higher super rate means more fees.

Unions would be earning more in super management fees than union fees.

Superannuation is a privatisation of the pension system. It favours the wealthy workers over poorer workers. The unions should have opposed it but they instead campaigned for it. Unions are not lead by vested interests, they are the vested interests.

My former union doesn’t have an industry fund so presumably survives on fees yet it’s leaders are persistently and uncritically on board with the leftist/globalist agenda. None of the union’s top brass over the years have moved on to become Labor party politicians (not sure about other party jobs). Hence I remain unconvinced that the super thing explains union behaviour on immigration.

The major unions would all have an industry super fund. That would be their primary concern. Other than that it really depends which industry you are talking about. My criticism of the ACTU is they represent tradies who are reliant on more houses being built. Sally McManus does not represent all workers.

Unions do have a point on collective bargaining. The threat of strikes contributed the wage/price spirals in the 70s/80s. As Mark Blythe says the unions gamed the system which is why their powers were removed.

I think collective bargaining will soon be a moot point though. My prediction for a while has been digitisation of money becoming the catalyst for legislated wage inflation. That is, similar to RBA setting interest rates, or govt setting tax rates, someone will decide that we all get a 5% wage rise this year. It is the Great Reset.

Social Credit scores are already here. I renewed my driver’s license recently and their exact words were “you have been a good boy and receive a 50% discount”.

Note the doublespeak. They are in effect doubling the license renewal cost for anyone who “has not been good”.

Good blog! The Unions failing to lean against immigration is the biggest reason for my scorn towards them. They’re little more than controlled opposition nowadays.

interestingly, within corporates management actually sees unions as militant and feral, notwithstanding that they are actually pussycats.

To me that says that if unions continue to follow the path of appeasement and cooperation (as they have been), they will completely disappear.

A union that isn’t willing to break the law to make a difference is a dying union. Same goes for any protest movement. You don’t beat the house by playing according to their rules.

I wish Brittany and Grace would bugger off now that they’ve served their purpose to the woke mafia. They’re embarrassing themselves now. What kind of teenager flirts with some bloke in his 50s for crying out loud? There are 15 year olds out there working full time for a living.

As for that bloke Britney had a drunken affair with, I don’t like his chances in the kangaroo court. I think he has as much chance of a fair trial as Derek Chauvin.

I really hope Britney has her alcoholism under control. Very unhealthy to binge drink like she did that night. A lot of people witnessed her drinking recklessly too so I don’t think she’ll get away with any allegations of slipping her a roofie. She just got caught up in the night I suppose. Didn’t want the night to end! I don’t know what she was thinking going to Parliament at 2am while. She’ll claim heavily intoxicated and no doubt she was, but was able to walk past heavy Parliament security without arousing suspicion. Maybe she had a fantasy of DOING IT in Parliament if you know what I mean.

Why don’t you stfu? Might be an idea ya dumb fuck.

This is one of very few articles on this shit pot site that isn’t a fluff satire or general talk piece and you go off the fuckin reservation with your pussy hate. Neck up cunt

Am I the only one that remembers how John Howard completely neutered the unions and left us with this mess?

You have selective memory and hold Keating up on a pedestal. In reality he was the wolf in sheep’s clothing that conned the unions and sold out on workers. The good old trickle down nonsense of suppressing wages and maximising business profits somehow leads to rising standards of living. Can you feel those “rising standards of living”? I bet the baby boomers are jealous of how good life is for young Australians.

How Paul Keating transformed the economy and the nation (theconversation.com)

Australian politics explainer: the Prices and Incomes Accord (theconversation.com)

Hawke and Keating referred to this as the “social wage”. They claimed the resulting increased business profits would encourage economic growth and rising standards of living.

Last edited 11 months ago by Freddy
2

Not selective, just not as old as your crusty arse lol.

My lived experience is John Howard vs the MUA and the resulting neutering. Chicken, egg etc.

It was Hawke and Keating that brought in neoliberalism, Howard just took it to the next level. Why inner city progressives worship Keating is beyond me. He despised the working class, brought in HECS, privatised the pension, sold off Qantas, Commonwealth Bank.

That would be because inner city progressives are elites. Anything to bring the “bogans” down a peg or two so they can have a better view.

There was no bigger traitor to the working class than Bob Hawke. Unions often negotiate good pay rises under well under state Liberal governments.

I think it’s fair to suggest at this point Australia has been consistently sold out for 40+ years by all Federal governments, captured by various interest groups.

Blaming any individual PM for four decades of collective sell outs is like arguing who stole your deck chair on the Titanic after the latest organised reshuffle.

Still, I can’t see the point in blaming LNP when everyone already knows its them.

It comes as a shock, disbelief, to Labor voters that Labor are anti worker.

There’s only one group that can change this. Remnant Labor voters.

Would have asked them how an additional 200k workers impacts on their ability to collectively bargain and pressure businesses for wage increases.

Send them an email too! info@actu.org.au

How many unions are actually run by people that have worked in the industry that the union represents? One of the problem with unions is that way to many of them have been taken over by professional white collar parasites like Sally McManus who has never done a days hard labour in her life and who would never chose to be in the presence of poor blue collar workers unless required for her job, or they were serving her at a cafe, giving her a pedicure or cleaning her palace.

I have to laugh about DLS on MB gushing over Big Brit and Autistic Grace milking their 15 minutes worth in front of the left wing lunatics at the National Press Club. I can’t wait for Lisa Wilkinson’s take on it.

DLS wrong, wrong, wrong as usual. The average punter could not give a stuff about what these two have to say.

Autistic Grace I have more sympathy for you can’t expect her to behave normally given her mental condition, autistic people can be easily manipulated as we’ve seen by the left wing press, grubs like Wilkinson and the fat bald bloke with the do rag she married, the Greens, Labor Party, etc.

Hefty Higgins I have less sympathy for. At the end of the day she drank to excess, was out having an affair with another bloke at 2am, voluntarily went into Parliament while heavily intoxicated, woke up to the sounds of the cleaning crew while she was laying there on a couch in her birthday suit.

She’s a big girl too. Would be hard for someone to take off all her clothes while unconscious on a couch. So it seems like she willingly got naked, was willing to get naked with a man who wasn’t her boyfriend. As for the rest it’s a bit of he said she said isn’t it?

Just my opinion, but she made a series of bad decisions that night, Parliament and Canberra in general is a very small place. Young woman waking up naked on a couch is quite embarrassing, Big Brit seems like a real ambitious type, her career was over before it started with that misadventure — until she cried RAPE!.

She’s making a name for herself now in Canberra, certainly not in the way she hoped, but an ambitious girl with a thirst for attention will take it any way she can get it I suppose.

does anyone know what she’s doing now ?

how does she make money ?

I guess she can go on the paid speaker circuit