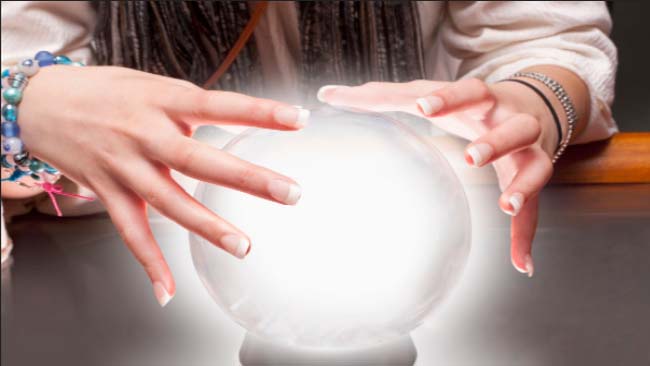 I know this was sort of covered in the general predictions post from last week but thought it was worthy of it’s own discussion.

Here’s my 2 cents off the top of my head, so critique away in the comments.

Nationally, I’m going to call a 5% increase by end of 2022. Not much growth, enough in a couple of states but either neutral or negative in others.

Migration is the big unknown and although the business and real estate lobby is screaming for the return of migration, the question is how many will actually come back? It won’t be pre-pandemic levels in my opinion, but probably half that at most. Bear in mind a lot of the shitty service jobs are either gone or going in the next 12 months, so the incentive for Indian students working food delivery with an uncertain supply chain situation isn’t as big as before.

Apartment market is pretty much toast except for the Gold Coast (waves at Birchy) unless money laundering regulations are loosened even more, don’t count that one out.

Queensland will likely see the continued gains from people fleeing interstate shitholes (read: Victoria). I’m going to say 10% up by year’s end in Brisbane, with the Gold Coast and Tweed area with 15-20% gains. FNQ not so much due to the coup de gras for the tourism industry.

Victoria will probably be the only state going negative and I’m going to say 5% down for houses and 10% down for apartments. NSW probably about 5% up by year’s end for houses, apartments 5% down.

WA is the most intriguing for me. The border won’t open in my opinion, at least not any time reliably this year. Iron ore will probably sit around the $100-$120 USD ton rate it’s hovering about now, but won’t go anywhere near back to the $230 high of last year. What that means for WA in terms of housing and no-one allowed in the state I have no idea, but most likely stagnation.

No-one cares about the other states, but go long gulags in the NT.

The only thing that wipes all of this out is worsening inflation and rate hikes in the US, which look like they may actually happen now given this week’s announcement of the worst inflation since 1982. What the RBA does is likely nothing, but probably a few more token hikes by the commercial banks.

I’m going to call 50-year mortgages and unrestricted access to superannuation for house deposits before years end, as the de facto policy response before any kind of correction is allowed to happen. Evergrande won’t be as bad as people think, market seems to have already priced it in and we’re essentially in the era of no consequence.

Labor or LNP winning election is meaningless as the policy response will be basically the same. Oh sorry, almost forgot.

East coast, if the isolation rules are not relaxed any further, will import anyone who can fog a mirror to offset the isolated by decree. Going into fall/winter, the isolated cohort should increase (should being the operative word), so all of those menial jobs will have to get filled. Ergo, economic refugees with an admission papers to start their edumacation just as soon as the barista professional centres of high learning are set to open. In the meantime, service jobs for them at half the award rate, cash. Investors pile in to get that sweet juicy negative hearing returns. NSW & VIC +8%. QLD +12%, also driven by whatever is left of mining plus weather. Also some outflow from WA by retirees yearning to be close to their children and grandchildren, who relocated earlier to pursue careers in banking, corporate services, and housing debt servicing, while enjoying the sunshine. Also an opportunity to be able to do that Danube cruise and still be able to get home.

SA and NT, no clue. NT is probably stuffed, no big projects, four months of tropo, and not much else less crocs. If USA expands its presence in the region, however, all bets are off. NT -10%.

SA even, just plodding along as it has. Honestly, this is one state that has been in the news with no news, kinda like West Virginia or Wyoming.

ACT +22% due to mad demand created by an increased number of consultants to the government on how to defeat the latest <insert your favourite Greek letter here> strand of Covid, and by IT firms hired to create a nationwide QR code app. Cue Utopia.

TAS. Twinkle in your sister’s eye. Fucked at +16%, because they are the only state that is not making any more land. With NZ permanently shut, second best thing (ask me about a watermelon).

WA -7%, but regional towns +18%. Gruppenführer Mark will not open up on 5 February, and even if he does, the state will soon go tits up for two reasons: no culling of the frail in the last two years, and no experience on how to handle a spike. Please don’t hate me for the “culling” bit. Port Headland, Onslow, Newman will go up though, as I suspect there will be incentives to reinvigorate regional areas. Merredin and Meekatharra will remain flat to negative. Reason for Perth to go negative is a direct correlation to Gruppenführer Mark not opening up.

Now I’ll just go into my corner to put some targets on my back and chest. Fire away!

Disclaimer: not investment advice, do your own due diligence, inflation (transitionary) not a part of this missive, Federal government will muddle through this year due to election, baby! Next year though we bite the dust in absolute terms, while remaining sweet nominally.

Evergrande is too big to fail and even if it is allowed to fail it will be a controlled demolition for a clear purpose.

Davo Lewdo is the only person that still hopes it will bring China down, an unwarranted optimism full of medical grade hopium concentrate. I pity him, blinded by the irrational hate of everything China and Russia.

He put a link to Kyle Bass yesterday on EmBee. Another person running a fund with a hate a China with a prediction record almost as bad as DLS.

Several years ago I was about to drink the kool aid of embee and invest but Davo Lewdo published something driven so much by emotions and irrationally (I think it was on China) I started scratching my head.
Investments should be driven by gains and losses. If there is money to be made on Evergrande ups or downs, it should be made. One does not miss an opportunity to make money simply because it clashes with own ideology convictions or feelings.

Agree on most things Timbo, except immigration and use of Super.

For immigration, they will get as many grannies as possible and reduce standards further. Quantity will be prioritised. The only constraint is flight capacity with few direct flights from India or China.

Use of super will be dependent on who is elected to govern. Labor is against it as it will weaken unions (rather than doing the hard yards of fighting for members it is easier to run a super fund and be woke). LNP would definitely allow it. Also 40 and 50 year mortgage hold little benefit in borrowing more, but good for banks, so expect 35 and 40 year to be allowed soon.

Interest rates will go up, but probably one increase towards the end of the year. Then will be cut next year when the US economy tanks.

Oooohhh can I play too …

The way I see it is that we have three options and neither are in our control.

One, interest rates continue to rise globally and the bubble is pricked and the whole global debt mess comes crashing down, the governments take control of the housing market and everyone end up renting from them or BlackRock, house prices halve or down to one tenth of current.

Two, China’s housing market continues it’s collapse and they invade Taiwan as a distraction from their economy falling apart, everyone else gets involved and money is printed in the name of war and the can is kicked again, general prices rises in the Southern states that are far away from the Chinese coast. 20% plus increases.

Three, we muddle along with minor changes to allow more debt, super, 50 year loans, more FHB incentives etc. Prices to rise 5% over the year all while the real economy gets more hollowed out.

Most likely scenario is number one as this is in line with the great reset.

I previously called down 5-10% on the basis the FOMO buyers have already bought and cleared out of the system. I agree that access to super would cause a rise and perhaps even a massive rise. But I partly disagree with Timbo in that there is no way Labor’s masters (Union/Industry Super Funds) would support a pay cut for themselves.

% predictions are about right however probably no policy change, no way we’ll have 50 year mortgages this year. That is kitchen sink stuff and we’re not there yet.

Apparently two postcodes with 100% mortgage. I know LVO has questioned this in the past, but they keep using this as it fits with their crashnik predictions.

Given last year’s stupid rises, I’ll put it out there and go with a 30% rise for landed property.

For the election Morrison will promise something ridiculous for new/overseas buyers, Labor will match it.

With Covid fears ongoing, supply will remain constrained and drip fed by nervous vendors. Banks will be given a continued license to “extend and pretend” reducing the impact of any forced sales.

Businesses need their wage slaves, and the current supply/logistic issues are a perfect cover – immigration floodgates will reopen, and I don’t think we’re enough of an international laughing stock yet to avoid a rush of new migrants.

but I think that the big run is already done. I see that momentum has faded. Whereas everything used to sell priced as a potential development (including half-blocks), this is no longer the case even for regular suburban blocks.

auctions are failing to achieve desired prices and falling back to private sales…frequently.

supply is loosening up because home builder is bearing fruit now.

Timbo is right that migration is the big unknown. How high and how quickly they can get it moving will make the difference between the softening continuing or a rocket firing again. It would take some politics mastery to use the election to push an open-borders agenda. I think scomo has that potential in him, though.