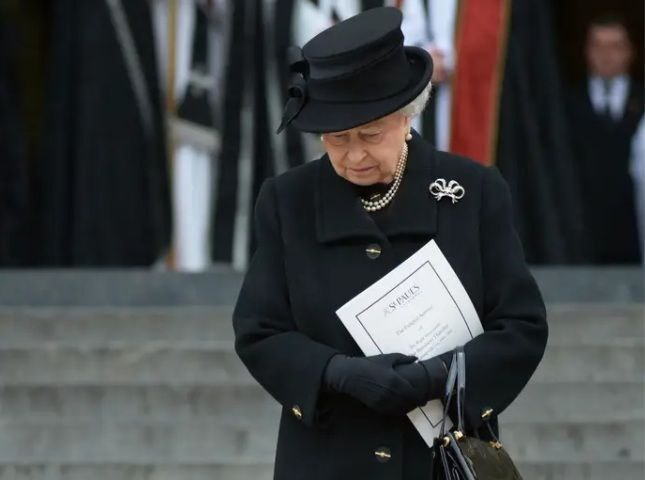 Some time ago there was a rumor the Queen had passed away. And maybe that is the case. Currently, I think there is a chance that her death will be announced on Jan 20, 17 days before her big 70th jubilee.

First, did you know Prince Philip died April 17 before his 100th birthday? Ok – so what?

Next, Betty White apparently died, aged 99, 17 days before her 100th birthday. This is exciting because of how happy she was to be turning 100.

I wonder why she is winking? I guess she really couldn’t believe it.

Then, there is more excitement.

So – the journalists lied and made up the whole thing? Standard operating procedure then.

The Fall Of A Phoenician Dynasty?

Aww. Poor diddums. So what did the Queen do which is going to bring down a dynasty?

Maybe. But seeing as he is the Queen’s favorite, almost certainly not. From Wikipedia,

He is the front man for UKTI. Our concerns are not just Prince Andrew, it’s the whole UKTI set up. They see arms as just another commodity but it has completely disproportionate resources. At the London office of UKTI the arms sector has more staff than all the others put together. We are concerned that Prince Andrew is used to sell arms, and where you sell arms it is likely to be to despotic regimes. He is the cheerleader in chief for the arms industry, shaking hands and paving the way for the salesmen.

Basically he is a career naval officer/intelligence, generally on assignment from his mum. Interesting.

Why would the Privy Council, and MI6, allow the Queens favorite son to get caught at a known honeypot?

Its a good question.

Here is another good question.

Why would Katherine Keating, Paul Keatings daughter be hanging around with Prince Andrew at Jeffery Epstein place?

As Paul Keatings daughter, she would have had access to the best opportunities Australia could provide. So really, how does the Prime Ministers daughter end up working for a Prince, and then finds herself at a sex trafficker’s home?

Has Lizzie Been A Bad Girl?

The answer to both questions is the same of course.

The only reason the Privy Council and MI6 would allow Prince Andrew anywhere near a honey pot is because Epstein Island was their honey pot.

Where several high profile Americans come, and get it on with 12 year olds. And that gets filmed, and then someone has insurance/leverage for the future.

What was Prince Andrew doing there? Working with his subordinates of course. Its his operation. On directions from his mum. With assistance from his mum’s people from other parts of her empire, of course.

He was Epstein’s handler, and for my money (i have no proof of course), spearheading an operation to compromise the top echelons of US leadership.

I wonder how the Americans feel about that. Have you heard the term ‘special relationship’ lately?

UK-US relations used to be all about the special relationship. I wonder what happened?

Katherine Keating, well – my guess is the Keatings are related to the Royal Family. They don’t do these things by half. Almost certainly peerage, and high up too would be my guess.

After all, John Howard who came next, well the Howards used to be the dukes of Arundel. It would be very very surprising if the Keatings were not peerage.

Bit risky to involve people from outside when you are committing an act of war against a superpower.

Oh Lizzie, your family lost those territories in 1776. You really should make your peace with this fact.

And Just A Few Days Ago In Waverton

Why? Because someone needs to tell the MSM lackeys to make up good news stories about the Queen when her death comes out. Spreads, highlights of her career, pictures etc take time to organise, don’t they?

Its not like the Australian media understands enough to see the signs from the international press, so someone has to point it out to them.

Postscript – Just some thoughts. Could be wrong. Take it with a pinch of salt. Let me know if this kind of content is thought provoking.

You are absolutely insane

Its just an interpretation mate. I have no special insight, or information. But I am pretty dodgy, and really really good at seeing dodgy.

Is the sequence of events I’ve outlined above really that unbelievable?

Tell you what, in a few weeks I’ll do one on Shanghai’s Little Red Mansion. Its the Jaingsu faction (read – jaing zemin) primary shanghai honey pot. It got shut down in 2019 as the war between Jaing and Xi was peaking, following the assasination attempt on Xi in 2017.

The stories of women getting abused are horrendous sure, but why? Because ccp military intelligence want somewhere to video folks doing really really dodgy things.

Its known as korpromat in russian too. Why is it so hard to believe that the British empire would be doing the same?

This is normal, practically business as usual.

Tell you what, in a few weeks I’ll do one on Shanghai’s Little Red Mansion. Its the Jaingsu faction (read – jaing zemin) primary shanghai honey pot. It got shut down in 2019 as the war between Jaing and Xi was peaking, following the assasination attempt on Xi in 2017.

in those few lines, you alluded to about 9 things I’ve never heard of!

Actually Brendan O’Connell has an interesting angle on the Prince Andrew / Epstein scandal. He suggests it was put in place to send a strong message to the Royals, namely Charles, who, a few years back, was starting to suspect / investigate / speak out against Israel’s involvement in all things from the Military Industrial Complex to their cyber-security dilly-dallying re Microsoft et al. Maybe I’ve gone too far down the rabbit hole, who knows.

How about something around the black eye club ….

Yeah. That is a scary rabbit hole isn’t it.

Very much so, I only know a little but that is enough to scare the crap out of me

I like short term predictions, because we get to find out if they’re correct or not very soon!

Im putting my alarm clock on for 20 Jan!

You should be aware that I’m almost certainly wrong. Any intelligence service will know whats up. But I’m just a passerby schmo with no great insight other than what i can see for myself.

You know what’ll be really surprising? If I’m right, Betty White is not dead at all.

Lets see how it plays out.

Could her passing not mean something significant for Commonwealth countries such as EZFKA regarding passing bills that require royal ascension? If there is no one there to replace her in terms of her representation of the Crown then what happens?

bjw678
Reply to  Shae The Burmese

There is always someone there to replace her, it just depends how far back you go in the family tree. If there truly is noone related to the queen left we have bigger problems than no queen.
And as far as I know nothing requires royal anything in australia, the GG has her authority.

Ahh yes my mistake, I forgot about the illusive GG!

bjw678
Reply to  Shae The Burmese

Indeed they do. Their policy seems to be something along the lines of “DILIGAF” re laws, constitution etc.

TIME cover from a little while back. 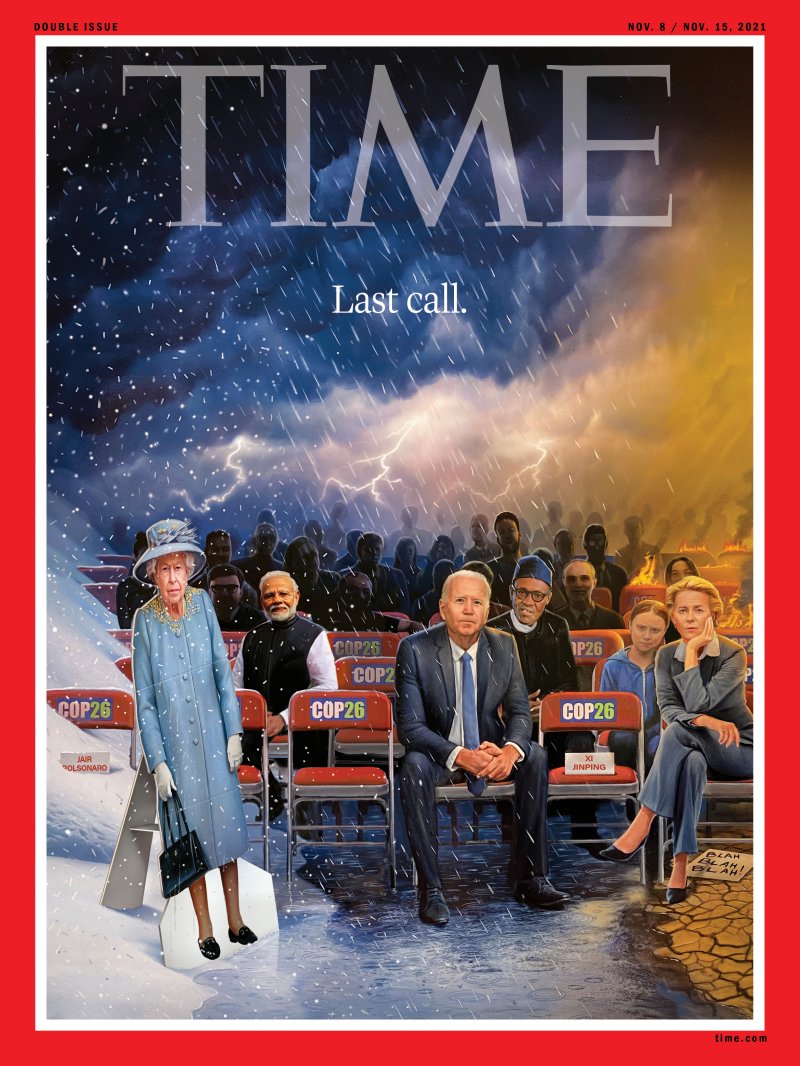 So Prince Philip died at 99 on Apr 17. The logic is that Betty White news is being used to signal about the queen, and Betty White dying at 99, 17 days before she was going to 100, is an allusion to the queen dying.

Remember most of the comms is like symbolism. Betty White is the symbol for the Queen, and they are using timing of Prince Philip dying to signal the information.

Yeah it took me ages to get it. The way to think of it is like charades.

The person acting out the movie name or whatever, can use a million ways to signal, but they still mean the same movie and someone who knows them well will probably understand it.

Thats how i think about it anyways. Its a bit wierd i will admit.

perhaps the death of ‘The Whore of Babylon’ is awaiting to serve as the cloak for Charming Prince’s indictment and a prompt acquittal ???

Is it entirely a coincidence that the ongoing events in Kazakhstan, which shares the world’s longest land border with Russia, are occurring only one week before a series of strategic dialogues between Russia and the U.S., NATO, and other members of the OSCE?

Kazakh President Kassym-Jomart Tokayev has responded to protests that became violent in a way that suggested organization, by changing the government, requesting and receiving security assistance from his Collective Security Treaty Organization partners, refusing to negotiate with violent bandits, and ordering his security forces to shoot perpetrators of violence without warning. He has thanked Russian President Vladimir Putin for his support, and received praise from China’s President Xi Jinping, whose country also borders Kazakhstan.

The United States has, predictably, focused on warning that the “world” is watching for (or are the Anglo-Americans hoping for?) human rights violations.

What are the origins of these protests? Who ran them? What went into preparing them?

Plans for destabilizing Russia, published by the RAND corporation in 2019, included six geopolitical options. The first four—starting with providing weapons to Ukraine—have been implemented; the fifth calls for attacking Russian influence in Central Asia (where Kazakhstan is located).

If this is an attempted replay of the 2014 Maidan protests in Ukraine, as seems more than possible, then we should look for that event’s British-American parentage. And that’s precisely where the investigation of a purported leader of the protests leads: to London.

While additional inquiry is required to unwrap what is occurring in Kazakhstan, the world context is clear.

Next week’s dialogues are an opportunity to make an abrupt about-face on priorities and paradigm, to drop the anti-Russia, anti-China, anti-growth (green), and slavishly pro-finance policies that are leading civilization to the brink of a catastrophe from which there were no return: nuclear war.

War is looking like a great cover for the last 2yrs

Ok, so Betty’s cause of death was a stroke [ couldnt be fucked linking it, look it up] six or seven days before she finally perspired.
She did have some kind of Science Juice injection three days before the stroke.
Eh, she was old. Who cares.

Witjas also confirmed that White did not receive a booster on Dec. 28, though he did not comment on whether she received one at all.

so the official denial is jsut about the date of the booster.

they don’t deny that she got the booster… just not on 28th.

lulz. that there be some pretty fucking weak sauce!

Witjas also denied that White’s death had anything to do with the comedic icon receiving her COVID-19 booster shot just days before.

This suggests she was iKnockulated and it iKnocked her the fuck out.

That’s how I would read it too.

it would be very easy to just say she didn’t get the shot. But they don’t say that. It’s pretty obvious why.