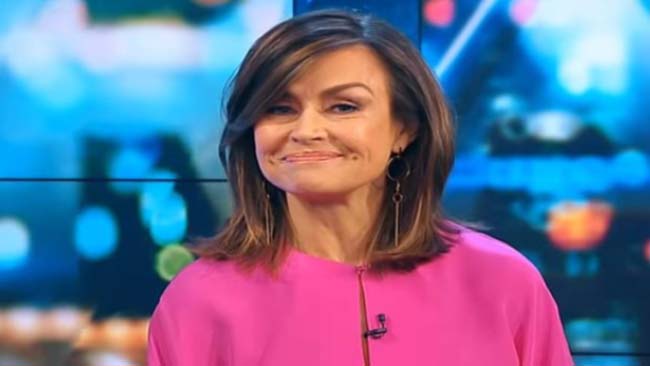 Book stores across EZFKA have quietly moved The Project host Lisa Wilkinson’s new autobiography into the fiction section, after revelations 99% of the book was bullshit.

The move comes after claims of Wilkinson’s move to Channel Ten over a gender pay gap dispute were found to be largely bullshit and purely about money.

“What can you really expect from someone who married a grown man that thinks he’s a pirate?” a spokesman for Dymocks said.

“I mean, that whole gender equality shite at the time was clearly a smokescreen for a money grab.”

Wilkinson has not yet responded to the move, but promises another monologue to blame it on sexism on The Project this evening.

“What can you really expect from someone who married a grown man that thinks he’s a pirate?”

I LOL at the same line

Netflix employees upset by their company’s refusal to cancel Dave Chappelle for his latest comedy special The Closer. Trans activists have been in attack mode since its launch, after Chappelle used the show to voice what was — until recently — a truism:

Even before Netflix employees staged their walkout at the California headquarters, mainstream outlets were spruiking the protest and predicting the involvement of up to 1,000 workers. When only 30 took part, the national (and international) media was still diligent to cover the story and ensure that the “real news” was the presence of sinister counter-protesters.

Concurrently, another protest took place across the country, in Loudoun County, Virginia. Beyond local media and conservative channels, the story was barely touched. Those walking out were not upset about mere words, but multiple, credible allegations of sexual assault that were allegedly covered up by the county’s public school system.

The walkout was part of a broader campaign that has been gaining traction across the United States. Concerned parents have begun attending school board meetings in large numbers, hoping to hold school boards accountable for the creeping transgender indoctrination taking place in the nation’s public school system.

The backdrop to the Loudoun County walkout centres on a father, Scott Smith, who last month was charged with disorderly conduct and resisting arrest at one such meeting.

Following his arrest, the incident was used to suggest that parents like Smith posed a widespread and immediate threat to America’s public school system. The National School Boards Association equated Smith’s behaviour with “domestic terrorism” and Attorney General Merrick Garland promised to deploy the FBI against such parents.

In all of the huffing and puffing, culture warriors conveniently set aside the impetus for Scott Smith’s outrage. He caused a scene at the meeting because his daughter had allegedly been raped by a male student who had access to the girls’ bathrooms under the school district’s transgender policies.

Just this week, a Virginia court found that there were “facts sufficient” to believe Smith’s daughter’s account. According to the Daily Wire, the accused teenager “identifies as ‘gender fluid’ and is said to have been wearing a skirt at the time of the assault”. His sentencing hearing will most likely be held over coming weeks.

“We are relieved that justice was served today for the Smith’s daughter,” the family’s lawyer said following the judge’s decision on Monday. “This horrible incident has deeply affected the Smith family, and they are grateful for today’s outcome.”

In a major indictment of America’s national media, the conservative-leaning Daily Wire was the only media outlet that took enough interest in Scott Smith’s indignation to break the story about his daughter’s alleged assault.

The multi-billion dollar news establishment was apparently too busy hyping the lacklustre Netflix walkout to notice the travesties taking place in Virginia.

The MSM in the US has a lot to answer for, at least Fox picked up the story and ran with it, there are a lot of independent content providers that also ran with the story, TBH I think that the viewership of the MS is so low in the US at the moment that I think that the Daily Wire has more viewers than Communist News Network and MS DNC combined.

The Virginia election will be telling as to what the state of mind of the populace is. How low are the Dems for setting up the fake white supremacists to try to smear the Rep candidate.

this makes me uncomfortable. I would be more comfortable if you phrased it as

Chappelle’s comment was Ceasarian Sectionist. I’m triggered and literally shaking and crying. I don’t feel safe in the presence of this violence.

Maybe he was talking about going between those legs on “the way in”, rather than on “the way out”?

From his mother’s womb, untimely ripped