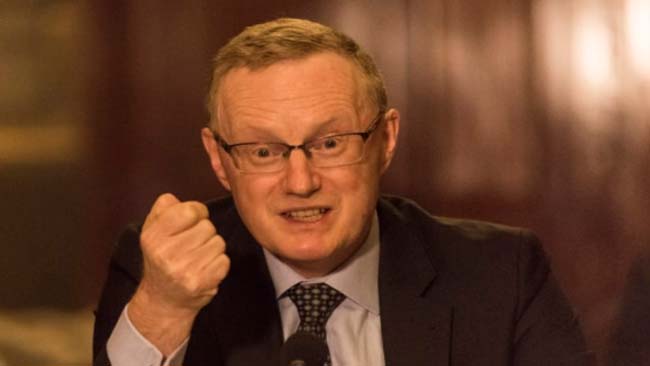 RBEZFKA Governor Phil Lowe has stated that he is not phased by growing inflation, as the cost of goods and services continue to climb.

After inflation jumped 2% for the first time in six years, the governor said he wasn’t concerned in the slightest as ‘only poorer Australians and not property owners’ will be affected.

“People should not be worried too much. I’ll just hit the print button again if need be, who gives a fuck?” Lowe said.

The RBA is expected to be making an announcement on central bank digital currencies in the next few days.

You guys are on fire. We need to start automatically tweeting these. Is there a plugin does anyone know?

Might be an idea posting about in the forum.

Posting links in replies to popular twitter users with large followers with hashtags – #EZFKA obviously, but also others like #auspol, #dictatordan #scottyfrommarketing etc where relevant would boost exposure and readership.

Using @ to tag certain higher profile users – news outlets, current/past politicians etc would also be effective even if just one of them shares or retweets it.

Agree. We also need to track how much of this satire ends up being spoiler alerts.

track how much of this satire ends up being spoiler alerts

this seems like something that a thread in the forum could be used for, perhaps?

It is funny because it is true.

I thought RB-EZFKA were bad, check out PUS (Plutocracy of the United States)

Another data dump and analysis from Chris Martenson, Peak Prosperity

And that’s not all from RB-EZFKA, for their next noble act, (OK, granted, it’s from Zerohedge),

…in Australia where the central bank unexpectedly did not offer to buy the April 2024 yield target bond: the yield on the 2Y bond just exploded…

The Taper Tantrum Has Begun: Australia’s 2Y Bond Just Blew Up After The Central Bank Unexpectedly Refused To Buy It
﻿https://www.zerohedge.com/markets/australias-2y-bond-just-blew-after-central-bank-unexpectedly-refused-buy-it

Is it really as bad as the article and the commenters there say it is? Asking on behalf of my dumb (both) side(s).

The RBA is run by the elite for the elite. If the 2 year bond yields start hurting the elite, it will be rectified.

OK, that’s a sensible way to look at it, makes sense now, feel better about it too. Thanks for that.

This article reads as non satire.

MB still talking about temporary inflation and interest rates not going up, and deflation next year, and DLS had a sook when I called him out on his bad calls and now I am banned again … LOL

Wear it as a badge of honour that you have a rational viewpoint. It is so easy pick out issues in his line of thinking. I have been called a troll by DLS for saying that wanting cheap gas and carbon emission reductions is like wanting lower interest rates and lower house prices.

I do wonder if MB falling behind property booms, will turn out to be the ultimate negative indicator…
I also wonder if the RBA has just figured wage growth is never gonna hit 2-3 % with the immigration settings and whats the point of targeting it. Might as well try and hit something else. Thats probably too charitable too the RBA however.

MB is the ultimate negative indicator, pretty much anything they say will go one way ends up going the other way.

MPLOL is probably the biggest one, they keep on talking like it will happen but it never has.

They’ll end up being a contrarian indicator, similar to how they used to make fun of the Pascometer.

I do wonder if MB falling behind property booms, will turn out to be the ultimate negative indicator…

that would be so sweet. And so fitting.!

about the upcoming house prices collapse after the 2Yr hit 0.5%

it’s been more than 10 fucking years

The RBA giveth, the RBA taketh away.

Don’t know why it’s so hard to learn.