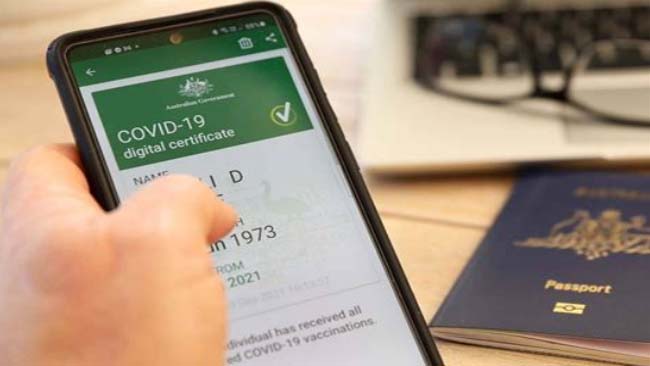 Victoria has announced they will be scrapping vaccine passports, after punters across Melbourne have been telling retailers they ‘can’t recall’ if they’ve been vaccinated.

Locals have been using the line every time they are asked by some poor wage pleb when entering the premises, leading many retailers to throw in the towel.

Local man Robbo, 32, stated the 21st century version of the Soviet passport system can ‘go and get fucked.’

“Every time I’ve been to the pub I’ve told them I can’t recall, works every time,” Robbo said.

Andrews has reportedly been infuriated and has vowed to send anyone caught using this defence straight to the Mickleham Centre for ‘re-education.’

Yeah! I’ve been double vaxxed, here’s my vaxport, now let me tell you about the massive viral load up my nose, there is already a solid delta cloud around your head, but I can still enter right?

But this is the beauty of the system. If you are not vaxxed, you can’t work. Let’s say 5-10% don’t get the jab and it is probably higher for working age. This will lead to a shortage of workers. We will just import more compliant workers who are willing to work for less. All part of EZFKA plan.

It really doesn’t matter that we have higher vaccination rates (first dose) than Israel or the UK. We are still trying to restrict people who don’t get the jab which is really about protecting boomers and their assets. Victoria had a surge in whooping cough 10 years ago, but no one really mandated anything as babies don’t hold an investment property portfolio.

This will lead to a shortage of workers. We will just import more compliant workers who are willing to work for less. All part of EZFKA plan.

We are still trying to restrict people who don’t get the jab which is really about protecting boomers and their assets.

The MSM is starting to wake up to the fact that the vaccines are poo, or just trying to justify boosters

Readership of SMH must be down though, article posted at 8:45am and not a single comment yet.

And they conclude with

“Immunity wanes over time, it is imperfect, so you still get transmission happening, and that is why the booster programme is so important.”

now….has anyone published any statistics on how frequently those who have had teh COVID and recovered are re-infected with teh COVID?

Consider the Goal posts moved, generally the SMH is the test the water site for #scottyfrommarketing to get a feel for how restless the natives are, so I am guessing that this will be the first piece in a slew of “booster” type articles that warm the populace to the “benefits” of boosters before they open teh gates properly

“Does this feel like the beginning of the end to you?” Martin queried.
“It does in some respects,” Fauci said. “It’s bittersweet that we have the beginning of what will ultimately be the end game of this pandemic.”

If you count the 100 plus million Americans that have had the virus then you have the numbers, but no herd immunity due to leaky non sterilising treatments masquerading as vaccines.

Fuck the Andrew Government. Hopefully w shall all join togtether and combat this Dictatorial Regime of the Labour Party. Fuck the communists. We are a free country and so let it be.