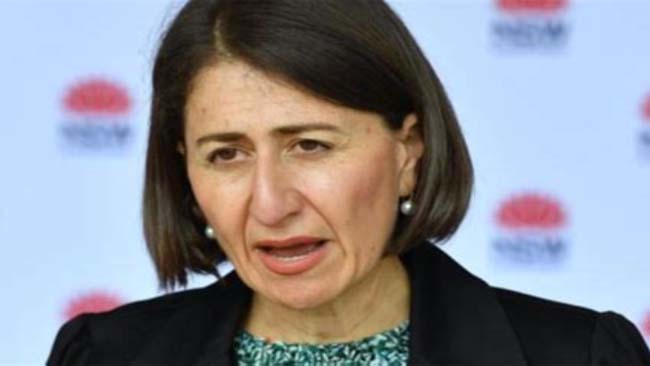 NSW Premier Gladys Berejiklian has promised that this is absolutely, positively the last time the goal posts on re-opening the state will happen.

The premier has stated that 90% double vaccination will be required to re-open the state, after previously saying the same thing on 50, 60, 70 and 80 and 85%. It also conflicts with CHO Kerry Chant saying that things will ‘never go back to normal.’

“Australians have proven compliant wimps that just want their comforts and convenience back. So, I’m confident they’ll fall for this yet again. If you actually read the fine print the number is meaningless and we plan on keeping every other restriction,” Berejiklian said.

“I mean, we totally stole the idea form the Liberal Democrats of a Freedom Day, but ours is minus the actual freedom. I can make up whatever jab rates I want and people will believe them.”

“This is not only the largest clinical trial ever but also the largest Stanford Prison Experiment ever conducted. So, this will just silence them again until we inflate the cases and lock them down again.”

Berejiklian promised the latest goalpost move will remain until either the ICAC against her disappears or the booster jabs arrive.

it is completely all fake

Yep. Pacify them for a few days then turn the corner again.

Vaccine passports are something else but it sounds like you need a neon sign from the government to convince you that we won’t be in lockdown forever.

Completely disagree with your post as well as this article.

There would be immense pressure to re open now from both businesses and various lobby groups, and there is also her political brand which is that she wants to be seen as the one who reopens Australia via re opening NSW.

Fed and state LNP have also spent the last month changing the narrative to “we must re open”. So, I reckon the govt is pretty serious about these dates.

Maybe worst case they’ll delay a few weeks if hospitalisations really kick off but it honestly sounds like they will look through even that.

Yeah I agree, they are pushing to “open teh gates” we would have done the hard yards of lockdowns only to have the “skilled workers” and “death stare grannies” flood in and clog up the hospital system like they did before the pandemic, but with their fake vax certificates this time. Either way they need new EZFKA units to continue to take on debt and crowd into sky kennels to keep the 0.1% happy

Gladys can get away with anything as far as I’m concerned, purely because at least she isn’t Dan Andrew’s

mr tezza is going to have a fucking aneurysm

this bloke is in absolute shambles

Arthur Schopenhauer
September 28, 2021 at 8:02 am
We will only know if it is an embarrassment in March 2022.
The triage protocols for NSW hospitals haven’t been written. They will need them 4 weeks from now. (Victorian doctors need them in 6 weeks.)
If you are the lone overnight Registrar on the Covid ICU Ward, you’ll have to decide who will live and who will expire, with no process or legal protections.
They probably won’t be in place for NSW’s fourth wave that will start in January, either.

The guy is absolute looney. If he cared to look, the number in NSW’s ICU with Covid has dropped 10% in the last week. He is probably still cowering under his bed and tweeting how he stands with Dan.
These looneys need to understand that we have to open up at some stage and we can’t stay locked in our homes.

So following full reopening in summer, Syd will have a few months to load up on the foreign students before semester 1 2022 begins, right?

rents should absolutely fucken rocket, then!

Yeah the first plane load of 500 is due in on the 1st December, then I am sure it will be planeloads of fake vax certificate EXFKA units from then on. Back to normal for them but probs still some restrictions for the rest of us.