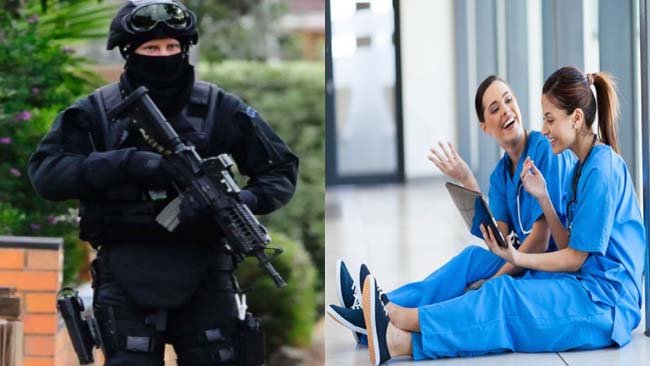 A Victoria Police Special Operations Group officer has expressed his disgust at not being able to kick the shit out of some nurses, who silently protested vaccine mandates in Fitzroy Gardens today.

Senior Constable Benedict Arnold, was all fired up when he heard he was being dispatched to another protest, but was disappointed in the lack of opportunity for violence when the protestors disbanded peacefully.

“It’s been a great couple of weeks for being a treasonous, psychopathic fuckwit to act without consequence. Tasing tradies, shooting unarmed protestors and pepper spraying the elderly, it’s been full on really,” Arnold said.

“However, I was ready to go again and they said stand down? This is bullshit, I didn’t sign up for that.”

Senior Constable Arnold said he’ll be looking forward to going home to his wife tonight to ‘vent’ his frustrations.

Careful. The sheep have no idea who Benedict Arnold was. Neither do they have any idea how to recognise a traitor.