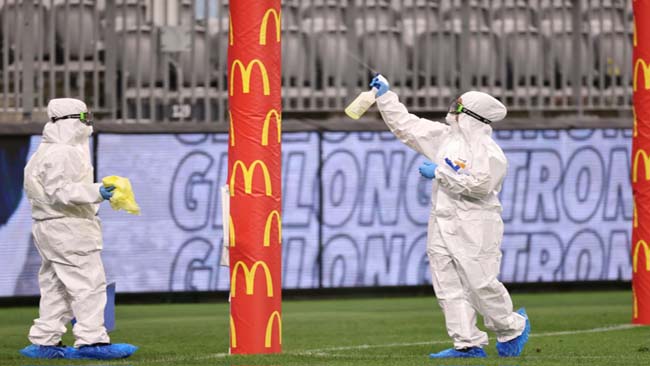 Players from both GWS and Geelong have praised the EZFKAFL after a ‘gutsy decision’ to disinfect goal posts, both before and after the finals game at Optus Stadium in Perth at the weekend.

“I mean, right after players sweating, spitting, tackling and being in close proximity to each other for nearly two hours, someone could have caught COVID from the goal post padding and that would have been disastrous. We’ve already mitigated the risk during the club song by having them put masks on.”

“Now, I hope like fuck we don’t have a heart attack on the field in the next couple of weeks from someone who has had the Pfizer jab.”

Premier Mark McGowan was quick to dismiss criticism that it was just purely bullshit theatre and said he was committed to ‘keeping WA safe.”

its so true, one of our most celebrated pass times (to watch other people play) is some brutal muscle and bone destroying death sport that injures even casual players permanently let alone people at the professional level. and we pretend to care about health.

Omigosh just look at those retards. It’s notnjsut any theatre, but they’re geared up for a reprisal of the Oscar winning film.

whole-body-suits and plastic booties. And visors down. My lord. 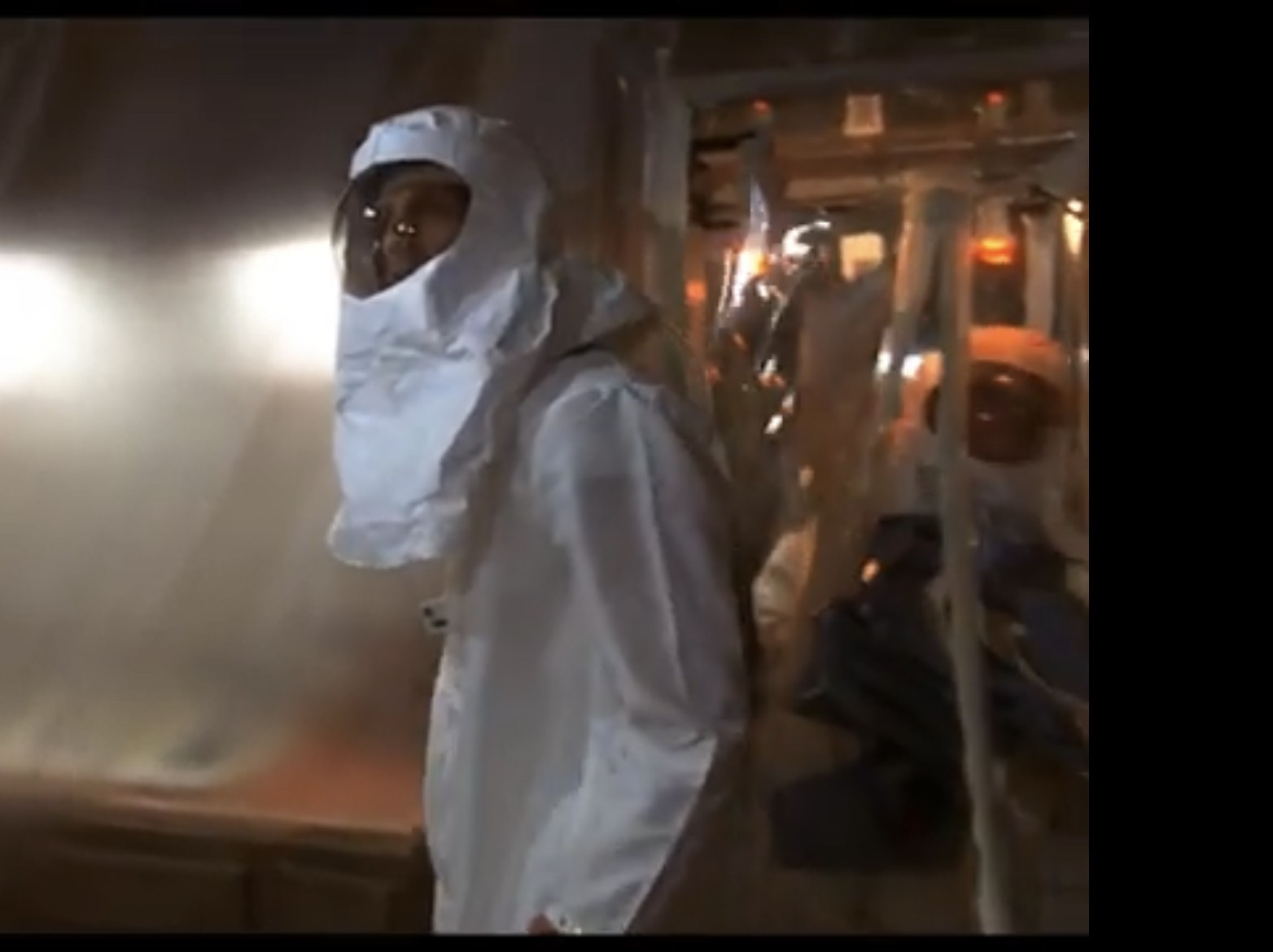 One of the stupidest images I’ve ever seen taken in this country. You’d think the place was packed was packed with Ebola victims.

there’s stupid, and then there’s what these blokes are doing.

I think that looking through the EZFKA lens, there must be some grift involved.

Like, maybe the sports minister’s cousin owns a cleaning company & they were slung a $70,000 contract for “post-match professional sanitation services”? And then they rock up dressed up like gostbusters in order to look the part of “professional sanitisers” in order to collect their $70k for 90mins appearance?

Why do the work? This is EZFKA. In Victoria they paid money to a contractor to deep clean the metropolitan trains and the work was never done.

Must be the bad habits from their dirty old-fashioned mining industry. It’s production/industrial mindset, so they’d be used to rocking up to site to look like work is being done.

Victoria is a real advanced services economy. So the real work is in signing the contract. Rentier mindset. Real clean and orderly, like. Signing the right papers gets the money in. Forget the dirty site.

Because the actual work is to give the impression the danger is real and extreme to the watching public, not to sterilize the goalposts (and presumably none of the rest of the field) to prevent infection.