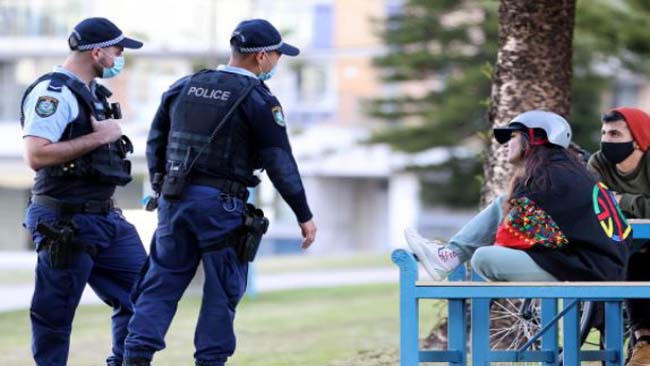 A NSW Police officer has come home exhausted, after an extended shift handing out fines to people not following non-legally binding COIVD directions.

Senior Constable David McSweeney set a near record, handing out 20 fines in a shift and was driven to the point of absolute exhaustion.

“This is what you really sign up for. The rush of fining people who have already lost everything, taking what little income they have left and forcing them to poverty or suicide over some really unscientific bullshit. It really makes you proud of what you’re doing,” McSweeney said.

“That’s how you really build community spirit and keep people safe. Telling the public that you’re ‘just doing your job’ really makes it all worth it, as you can absolve all your guilt of blatantly ushering in Bolshevik Russia 2.0.”

Deputy Police Commissioner Gary Worboys commended McSweeney and is believed to be promoting him to head internment guard, at the new quarantine camp under construction later this year.

I’m convinced part of the plan is to turn the public against the Police. They’re doing it to themselves with this kind of behaviour.

That being said there are some fuckwit and bullies in the Police that get off on this kind of shit and I have no sympathy for them. same goes for the boot lickers.

anyone know anybody who has been fined? i feel like if i was i’d never ever pay, stonewall every step of the way and if a court ever forced me to i’d flee the country forever.

how? incarcerated for non payment?

if a court ever forced me to i’d flee the country forever.

Are you planning on swimming?
The one thing the border police are really good at is making sure people who owe the government money can’t leave.

Nah. Unless there is a departure prohibition order, you can go, even if you have unpaid fines.

fmd u ppl are contrarian

Fed up
Guest
Reply to  Ramjet

all in a days work…. then when he gets home its legs above elbows and a rewarding beer for being a stick that rich jews use to beat the poor and grind their faces to dust. Thoroughly a community servant indeed