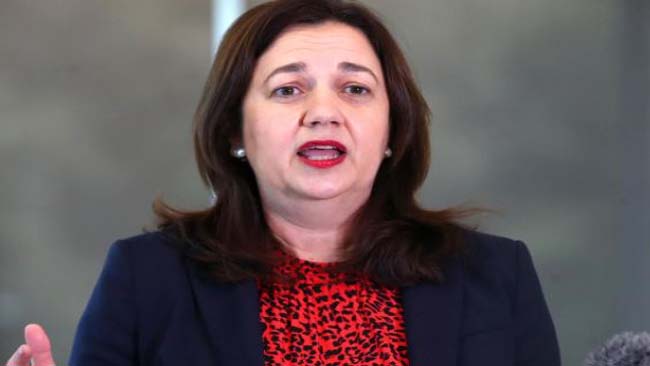 A new EZFKA poll has found that Queensland Premier Annastacia Palasczuk should be the first inmate at the new Wellcamp quarantine facility announced last week.

The poll, conducted by the Institute for Australians with an IQ Above Room Temperature, also overwhelmingly found that all of National Cabinet and every Chief Health Officer should join them.

“100% of Australians with an IQ above room temperature have made it clear that Palaszczuk should be segregated from public life,” Dr Ian Ianson said.

“We all know these camps are for political dissenters under the pretense of quarantine, they just can’t come out and say it yet, despite trial runs clearly going on in South Australia. And if we take that on face value and performance politically speaking, then it’s clear the Queensland Premier should be quarantined forever.”

Construction on the camp will commence in the coming weeks, with the first political dissidents interned by December.

wow can’t believe he said this out loud

doubt they ever let this bloke talk at press conferences again

‘We know when elderly people die, they can have a range of comorbidities, and also, being old increases your risk of death,’ he said.

how’s that for some plain-speakin’?! Well done, doc. Ahahahahah!

The symbolic change in language comes as NSW Health begins to acknowledge the country’s 933 Covid deaths were not all direct results of the deadly virus.

In Melbourne if you died while in a nursing home , with any known Covid cases, you were counted as a Covid death yourself

even if you never tested positive yourself

wrap your head around that one

So we spent millions on travel vouchers, but nothing on things that actually matter in the fight against Covid:
https://www.abc.net.au/news/2021-07-01/ventilation-in-victorian-hospitals-audit-leaked/100258586

They had a whole summer to fix this. Australia should have drastically expanded Howard Springs last year, upgraded and expanded hospitals but instead we got half price flights and regional travel vouchers.

It is little wonder that people are sick of lockdown. Morrison, Andrews, Liberal, Greens and Labor have failed us all.

For sure. I see we’re now playing catch up with new facilities in QLD announced at Wellcamp. Should have finished them months ago.

Obscure article, but suggests that 1/3 of US population was infected with Whuflu in 2020, this means that it is a lot more like the flu as the death rate would be a lot lower than what it is currently

This would also explain the difficulty in explaining the community transmission that is so hard to link up, could there be a issue with the PCR tests, apart from them not being used anymore because they can’t differentiate between the flu and whuflu!

Funny, but I’m really too sad for these people to laugh.
So sad. So nasty. SO UN-Australian.